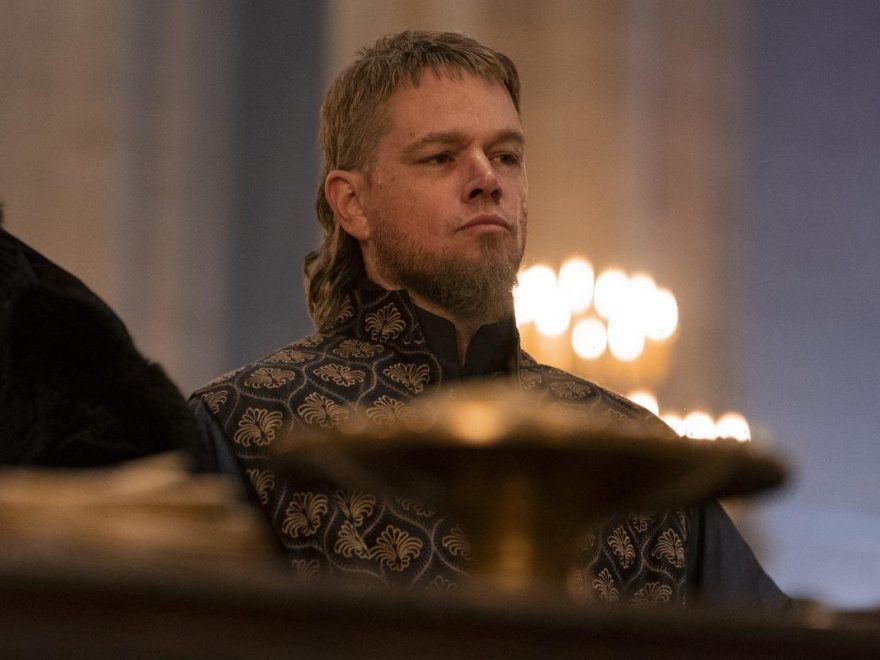 Matt Damon re-teams with Ridley Scott in The Last Duel. Scott previously directed Damon in The Martian, and now Damon said the new film was even more intense. Damon was ready for it since he already knew how Scott worked.

Damon spoke at a press conference for The Last Duel on Oct. 9. The actor and screenwriter shared how Scott kept him from ever going to his trailer. The Last Duel opens in theaters Oct. 15.

‘The Last Duel’ was medieval mayhem for Matt Damon

“Partly, the four cameras at a time, the amount of momentum that you get, all the energy is just right on the floor,” Damon said. “You can have your agent negotiate for a trailer but you’re never going to go there except to put your clothes on in the morning because you ain’t going back. It’s just all happening and it’s really exciting. I just love that.”

Comer concurred with Damon’s assessment. The Last Duel is her first film with Scott, and she said she was still surprised how the director lived up to Damon’s description.

“When I met Matt early on, Matt was like, ‘you should know, he works at a pace. He has four or five cameras rolling. It’s fast,’” Comer said. “He gave me a little heads up and then I got to set and I was like oh, no kidding. I’ve never worked like this before. It was just really fascinating to see how he makes his decisions. His attention to detail whether it be through the characters in the story or the locations and the set design. He doesn’t miss a trick. The film has a lot of heart but it’s a spectacle and it has the fighting and the duels. I think it’s what he’s so great at.”

Ridley Scott asked his star to write ‘The Last Duel’

The Last Duel is based on the book by Eric Jager. Damon sent the book to Scott.

“From the moment I saw the cover of the book, The Last Duel and Ridley’s first movie obviously is The Duellists,” Damon said. “I’d been looking for something because we did The Martian together six or seven years ago and I just had the best time working with him.”

It was Scott’s idea that Damon write The Last Duel with Ben Affleck, who also appears in the film. It is their first screenwriting collaboration since Good Will Hunting and they invited Nicole Holofcener to co-write with them.

I originally gave him the book and he said right away he read it and wanted to do it. We were looking for a writer and I told Ben, I was having dinner with Ben and told him the idea. He was like, ‘Well, why don’t we write it?’ I was like, ‘What? You want to write that?’ ‘Sure.’ It just kinda happened really organically and it happened really quickly. We started writing and Ridley had another movie he was going to do and he just goes, ‘I’m not doing that movie anymore. I want to do this.’ We begged Nicole to come join and she did. That was it. We were off to the races. He was the perfect guy to do it. The scale that he does everything at and he’s great with us. It was delicate with the three different perspectives because we were playing three different versions of these characters.