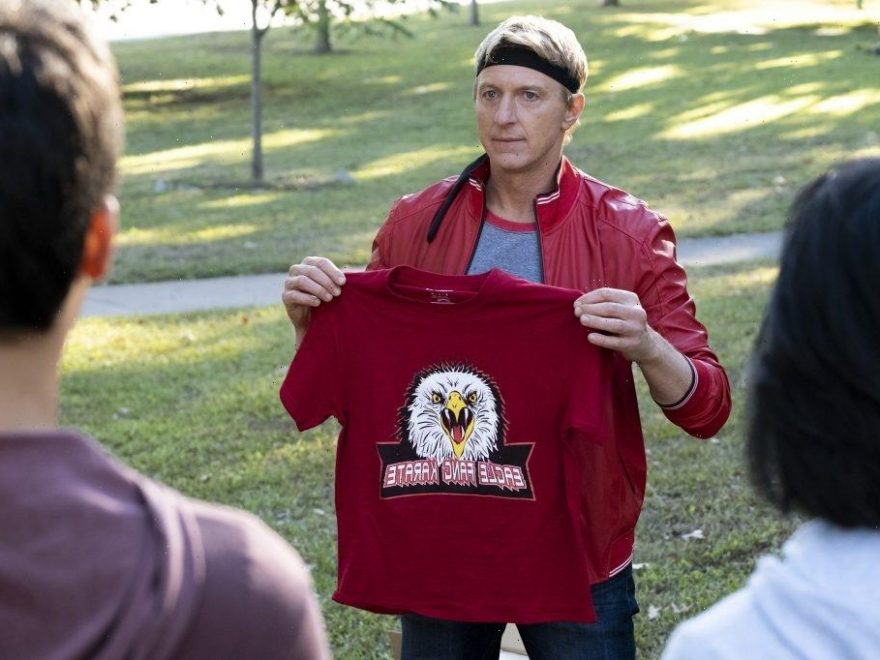 Cobra Kai has continued The Karate Kid story for three seasons, and a fourth is on the way. The show has done a compelling job forwarding the story of Daniel LaRusso (Ralph Macchio) and Johnny Lawrence (William Zabka). It also introduce a whole new generation of Karate kids whose drama has captivated viewers. So fans already want to know, will there be more after season 4? Netflix has an early answer.

Yes, there will be a ‘Cobra Kai’ Season 5

Months before Cobra Kai Season 4 even hits Netflix, the streaming service made an advance announcement. On Aug. 27, they renewed the show for a fifth season. Season 4 will premiere in December.

Cobra Kai Season 4 has a lot to resolve. At the end of season 3, Johnny and Daniel teamed up their Eagle Fang and Miyagi-Do Karate dojos. They agreed to a challenge with John Kreese (Martin Kove)’s Cobra Kai to compete in the next All-Valley Karate Tournament. Whoever wins will also control the San Fernando Valley’s Karate scene. That will surely set up season 5.

The All-Valley Karate Tournament was the climax of The Karate Kid and Karate Kid Part III, and the first season of Cobra Kai. Season 4 will also reintroduce Terry Silver (Thomas Ian Griffith), the villain of Karate Kid III. The show has teased a young Silver as Kreese’s Vietnam war buddy.

Cobra Kai got right to work filming season 4 as soon as season 3 premiered in January. Co-creators Jon Hurwitz, Hayden Schlossberg and Josh Heald shared photos from the set in Atlanta, Georgia under COVID-19 safety protocols, masks, face shields and all.

Netflix announced that Cobra Kai Season 5 will begin filming this fall. On that schedule, it could be wrapped by the time season 4 premieres in December, or shortly thereafter. The cast returns to Atlanta where they have filmed every season. Season 3 took a trip to Okinawa so Daniel could reunite with characters from The Karate Kid Part II.

That’s even more than The Karate Kid Part II did. The sequel filmed its Okinawa scenes in Hawaii.

Since the show moved to Netflix, things have been happening much more rapidly. Netflix debuted the first two seasons in August 2020, and brought season 3 out Jan. 1, 2021. All of those seasons were already in the can under YouTube.

YouTube debuted Cobra Kai in May 2018. Season 2 followed a year later, but shakeups in YouTube’s plans for original scripted shows held up season 3. Fans were waiting over a year to find out if Miguel (Xolo Maridueña) woke up from his coma or would ever walk again.

YouTube allowed Sony to shop Cobra Kai around and Netflix proved an enthusiastic home. The audience has grown exponentially since landing on Netflix, but they wanted to make sure everyone caught up. Hence waiting a little longer for season 3. Now they’ve committed to producing two seasons in the year 2021 so hopefully there’s much more to come.