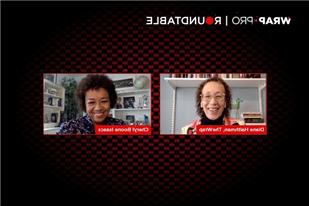 Isaacs calls 2015’s announcement of an all-white slate of Oscar nominees in major acting categories “the morning I will never, ever forget”

Former Academy of Motion Pictures president Cheryl Boone Isaacs, the first Black person and third woman elected to the post, said she “will never, ever forget” the morning of January 15, 2015, when the Academy announced an all-white slate of nominees in major acting categories for the first of two consecutive years, spawning the viral hashtag #OscarsSoWhite.

“It was a little disheartening,” Isaacs recalled — with massive understatement — in a rare interview with TheWrap in the days leading up to 2021’s pandemic-delayed Academy Awards on April 25.

Isaacs, a longtime movie publicity and marketing executive, said she and others in Academy leadership had been aware of the membership’s lack of diversity for a long time. It wasn’t exactly a surprise when a Los Angeles Times investigation in 2012 revealed that the demographics of the organization at that time were 94% Caucasian and 77% male ,with a median age of 62, but Isaacs said there was a gut punch in seeing the numbers in black and white.

The launching of #OscarsSoWhite threw the Academy into action, she said, adding that prior discussions about diversity led to the organization’s ability to act fast. In 2015, Isaacs spearheaded “A2020,” an initiative to diversify Academy leadership and membership by 2020. In 2020, the Academy extended invitations to 819 film industry professionals, including 45% women, 36% underrepresented ethnic and racial communities, and 49% are international 68 countries.

While Isaacs is proud of advances made by the Academy during her tenure, she also is well aware of a the high-profile reckoning over racism plaguing the Hollywood Foreign Press Association (HFPA), which oversees the Golden Globe Awards. Only days before the Feb. 28 Globes, news reports surfaced about the fact that the HFPA had no Black members, sparking backlash and public promises of reform.

Isaacs, who was the first black woman to head a studio marketing department — at New Line Cinemas, stressed that she is neither knowledgeable about or involved in the HFPA, but said: “I hope for them that they come forward, kind of quickly I would say, with some concrete steps that they are going to take, and a timeline…There must be members of the press of color around the world…there must be many men and women who would fill the criteria to become a member of the Hollywood Foreign Press.”

As someone who now watches the Awards game rather than playing it, Isaacs is using her freedom to make plans for new (and globally diverse) movies from her production company CBI Enterprises (no announcements yet), some post-pandemic travel, and devoting time to two favorite societal efforts:  The History Makers, the nation’s largest African American video oral history collection, and City of Hope’s Health Justice Council.

And Isaacs has eagerly joined the first wave of patrons to go back to movie theaters in Los Angeles, starting with a movie that just wouldn’t be the same on the small screen. Take a guess — “Godzilla vs. Kong.”

“It was a fabulous experience — I got the popcorn, and the sound was so loud, I couldn’t stop laughing,” Isaacs said. “There were not that many people in the theater, but we know that will build.”

For more of this interview please watch the video above.