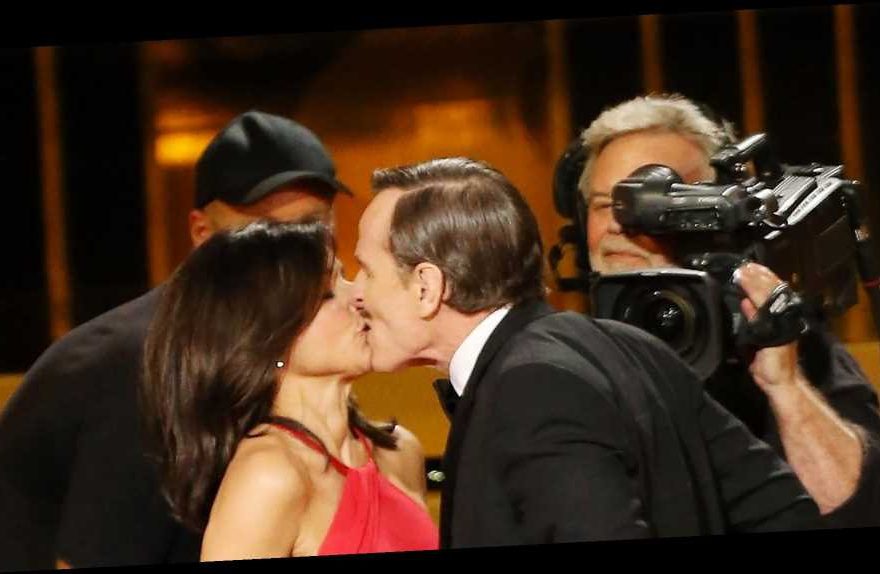 The Oscars may get the bulk of awards season attention, but that doesn't mean that other awards shows aren't just as entertaining. In honor of the 2020 Primetime Emmy Awards this Sunday, we've collected the five most outrageous moments from past ceremonies. Television stars sure know how to shake things up!

When Julia Louis-Dreyfus won an Emmy for her performance in Veep in 2014, Breaking Bad actor Bryan Cranston decided to congratulate her in an unusual way. As Louis-Dreyfus made her way to the podium, Cranston stood in her path, intercepting the actress in a spontaneous makeout session.  Confused? Cranston and the Emmy-winning actress shared a similar makeout on ‘90s sitcom Seinfeld.

Louis-Dreyfus later told Elle that the whole thing was staged. "Bryan and I were talking on the phone about what we were going to do for the presenting bit—we were kind of going through it—and then it dawned on me that this would be a nice part three of the joke," she said.

When Sally Field won an Emmy in 2007 for her work on ABC drama Brothers and Sisters, the famed actress brought more than a few choice words to the podium. Field began with the typical thank-yous, but her speech took a dramatic turn when she addressed the mothers of our nation’s troops and (gasp) the audience began clapping. The reaction sent Field into a tizzy, screaming, “Quiet! I have to finish talking.” After her outburst, the Norma Rae star found herself a bit tongue-tied and began speaking in a jumble of incoherencies. Moments later, Field was abruptly forced off-air by Fox network.

Helen Mirren’s 2006 Emmy win for Elizabeth I was somewhat expected, but the words that came out of her mouth when accepting the award? Completely off the grid. Mirren stepped to the podium in an elegant white gown, leading her speech with this lady-like sentiment: “My great triumph is not falling a** over t*t as I came up those stairs.”

2003 was a great year for pop culture: The O.C. had just premiered, Friends was celebrating its farewell season, and Madonna and Britney had just rocked the world with their VMA's kiss. Continuing in the vein of greatness, Friends’ David Schwimmer, Matt LeBlanc, and Matthew Perry served as presenters for the Outstanding Supporting Actress in a Comedy category at the Emmys. When Everybody Loves Raymond actress Doris Roberts approached the podium to accept her award, Perry shocked the audience by pulling a Madonna and kissing the then 78-year-old. Roberts responded, telling the audience, “Wow, that was worth coming up here for.”

Saturday Night Live’s resident musical trio, The Lonely Island, took center stage at the 2011 Emmys for a three-minute medley of their greatest (and strangest) hits. The tracklist included a rendition of “Jack Sparrow,” “I Just Had Sex,” and “3-Way.” The epic finale brought these eclectic elements on stage together: an American flag, a “#1 Sex Champions” banner, Captain Jack Sparrow, Akon, ‘80s workout video dancers, and men in blue nylon suits meant to represent waves. Yeah, it was pretty weird.

Even though the Emmys is virtual this year, we're sure there will be plenty to talk about in the years following.