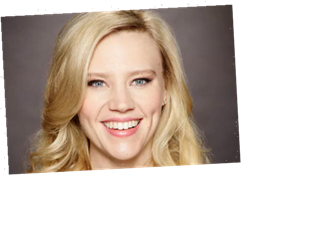 Another year, another bullet dodged by Saturday Night Live: Emmy-winning cast member Kate McKinnon has inked a new deal to return to NBC’s late-night institution for its upcoming 46th season, TVLine has learned.

All 31 Shows Cancelled This Summer

In fact, sources confirm that, for the first time in recent memory, SNL‘s entire ensemble will remain in tact when the show returns (in studio vs. virtually) on Oct. 3.

McKinnon’s initial SNL pact expired in May 2019 but, in a move that surprised many, she extended her contract for an additional year, through Season 45. Her decision to stick around for Season 46 comes weeks after NBC handed a straight-to-series order to a limited series about Netflix breakout Joe Exotic, in which McKinnon is set to star as the Tiger King’s nemesis Carole Baskin.

It remains unclear if McKinnon will miss any SNL episodes to shoot the Joe Exotic series, which is reportedly slated to begin production in early 2021.

McKinnon’s legendary impersonation of onetime presidential candidate Hillary Clinton on SNL earned her two Emmys for Oustanding Supporting Actress in a Comedy Series (in 2016 and 2017). In her ’16 acceptance speech, she thanked exec producer Lorne Michaels “for giving me the job of my life,” adding, “You know, it’s really hard making 90 minutes of sketch comedy every week for 42 years.”

McKinnon debuted as a featured player on Saturday Night Live in April 2012, before being promoted to a full-time cast member the following season.