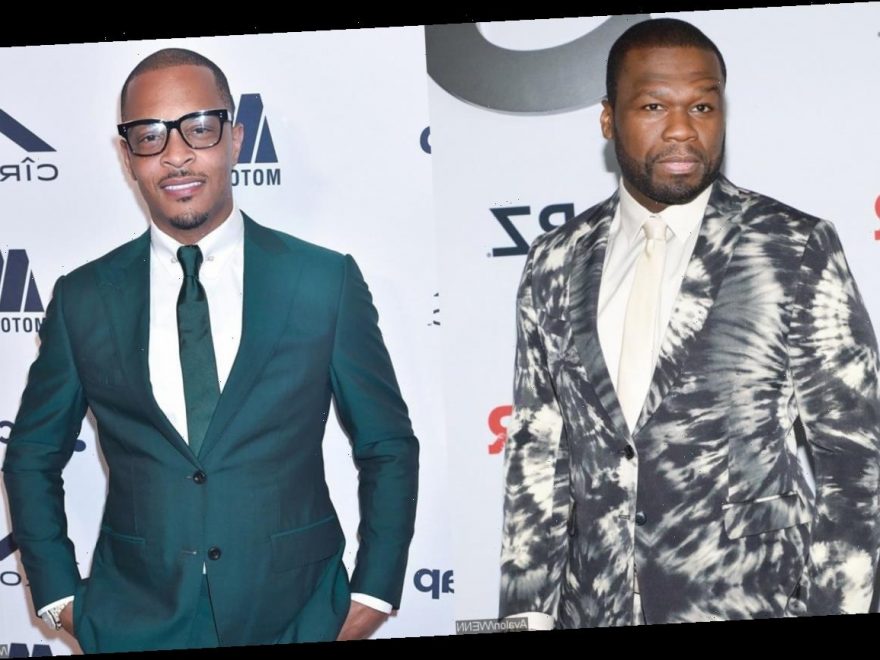 Though Tip has denied his post is in reference to the recent shooting of the late Chicago rapper, Waka Flocka Flame also calls out the ‘T.I. and Tiny: The Family Hustle’ star for his hypocritical message.

AceShowbiz –T.I. has landed in yet another controversy after weighing in on street violence in Atlanta following King Von‘s death. Though he has clarified that his post was not in reference to the recent shooting of the Chicago-born rapper, backlash was still overflowing at his direction, including from fellow hip-hop star 50 Cent.

Warning Tip of potential danger that he’s bringing upon himself with his words, Fiddy posted on his Instagram page along with a screenshot of response from Von’s sister Kayla, “A @troubleman31 you gotta chill, you bugging for saying anything.”

“They got casualties this is real s**t, i don’t know what you was thinking but re think it now,” the “In da Club” hitmaker urged T.I. to correct his statement, adding, “They are hurting, they love that boy he was a way out. I bet you don’t even realize they will kill you for what you just said. what hood you from again? come on now it’s quiet time.”

Also seemingly responding to T.I.’s post was Waka Flocka Flame. Without naming names, the “No Hands” spitter suggested Tip was hypocritical with his message. “I don’t even know how to put this, ay look, never talk down on people when you once was the person you talking down on,” he said in an Instagram video. “I don’t give a f**k what the scenario is. Ever. And I’m talking about guys that come from the streets, not n***as that say they did.”

Waka claimed that he would never disrespect fellow rappers like that, “Bruh, I don’t care how far I get in life, bruh, I would never look down on anybody in the streets or anything they ever do in the streets because I understand the laws and lifestyle that come with it and when you understand that, a lot of things you not supposed to talk about. You not. Just saying. And some people call ‘it ain’t growth. It ain’t this.’ N***as know what they signed up for.”

He also liked a post in which someone dissed T.I., “Shumody tell @troubleman31 n***a if you was a street n***a like you claimed to be you would know it ain’t no when, where or why on beef d**k head.”

T.I. previously called for peace in his city with his Instagram post which read, “Atlanta is a beautiful progressive city filled with black excellence. We uplift each other & win together. Stop coming here to kill each other. That s**t is played out.” He added in the caption, “Handle YOUR beefs in YOUR city. Thx in advance.”

While he didn’t mention a name, given the timing of the post many believe that he was addressing Von’s death. He, however, denied it, replying to a fan’s comment, “U assuming I’m speaking on bruh. I ain’t named na’an name. That’s a reach.”

That didn’t stop Von’s sister Kayla from clapping back though as she posted on her Instagram Stories, “Wasn’t u just out the other night wit other b***hes at copper cove.” Accusing Tip of cheating, she continued, “I stay seeing u cheating mind your of business.”

Kayla added in a separate post, “And theses r FACTS! But The energy he alway(s) putting in ppl business need to be the same energy he need to make it right wit his daughter!!!!! Now Wea is my brother @50cent get on his A**!”

T.I. then clarified in a new post, “I don’t speak ill of my allies. My last post had nothing to do with King Von. Y’all grossly mistaken, I have no motive or intention to do harm or malice to cats I’m cool wit. My family’s hearts goes out to them & I’ve experienced this to the people I his life that matter most in this situation. That’s all I’m concerned with.” Taking a jab at the critics, he added in the caption, “But I know IG ain’t da place for understanding & miserable people love to keep up.”