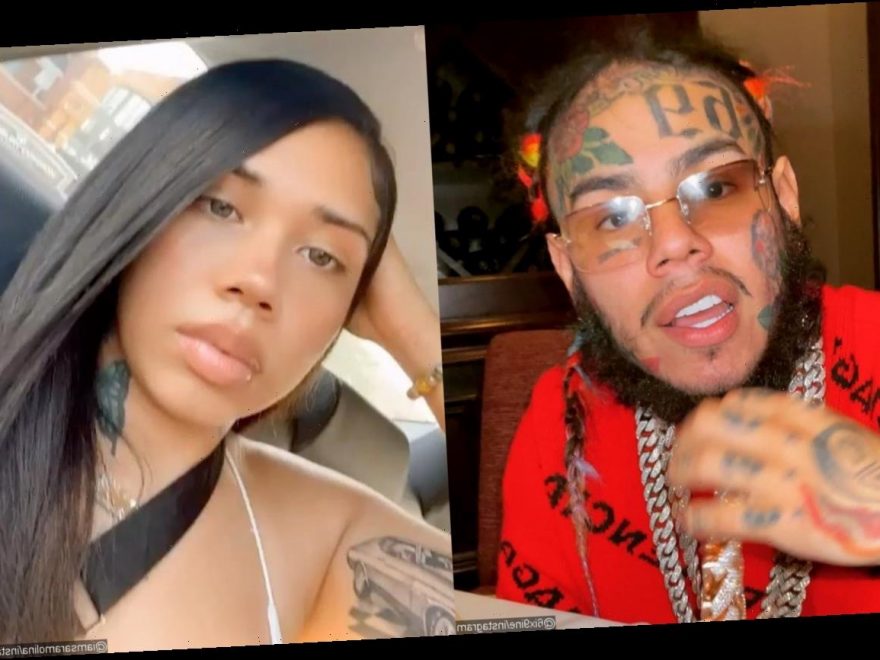 Sara, who previously expressed her worry that the ‘TROLLZ’ rapper’s ‘wreckless beefs’ would put their child in danger, asks her ex’s foes to keep their hate from her daughter.

AceShowbiz -Tekashi69 a.k.a. 6ix9ine‘s baby mama isn’t done calling him out for making enemies out of everyone. Having recently claimed that his trolling behavior has resulted in threats and insults directed at their daughter, Sara Molina is now accusing the rapper of refusing to step up as a father to protect their child.

Sara took to Instagram Story on late Wednesday, February 24 to express her displease with 6ix9ine’s lack of intuition as a parent. “This b***t a** wig wearing boy would let ya get hyped up over him, disrespect anyone who would or has disrespected him but wouldn’t defend or protect his kid from threats that grown men are making towards his innocent 5 yr old daughter,” so she wrote.

Claiming that the Brooklyn star “has a death wish and wants to antagonize whoever feeds into his bulls**t,” she appeared to suggest his foes to channel their hate on “people that he actually care about in his life if you want to smack them.”

Sara went on stressing that she and her daughter have no part in 6ix9ine’s business, telling his enemies to stay away from her little girl, “But my daughter is not one of them keep that energy with his b***h a** not my 5 year old innocent daughter.”

Sara previously ranted about 6ix9ine’s antics that she claimed put their daughter in danger. “For the people who have the nerve to DM me about all this stuff going on, mention my child, who is completely innocent. I don’t think a four-year-old, five-year-old, six-year-old, no matter around that age group, any child period should be–my daughter’s so innocent, she don’t even know she’s being called a b***h online,” she said in an Instagram video earlier this week.

“Now, my daughter is being brought into some s**t that has nothing to do with her. Why [she’s] being harassed online for s**t that he’s doing?” she went on lamenting. “He has no relationship with my daughter.”

Sara added in the caption, “I’ve been harrassed and threatened because of his actions . I have every right to speak on the situation and protect my daughter and myself from what what ever harm he might put us through with his wreckless beefs that he’s taking on and provoking with people he has no business playing with.”