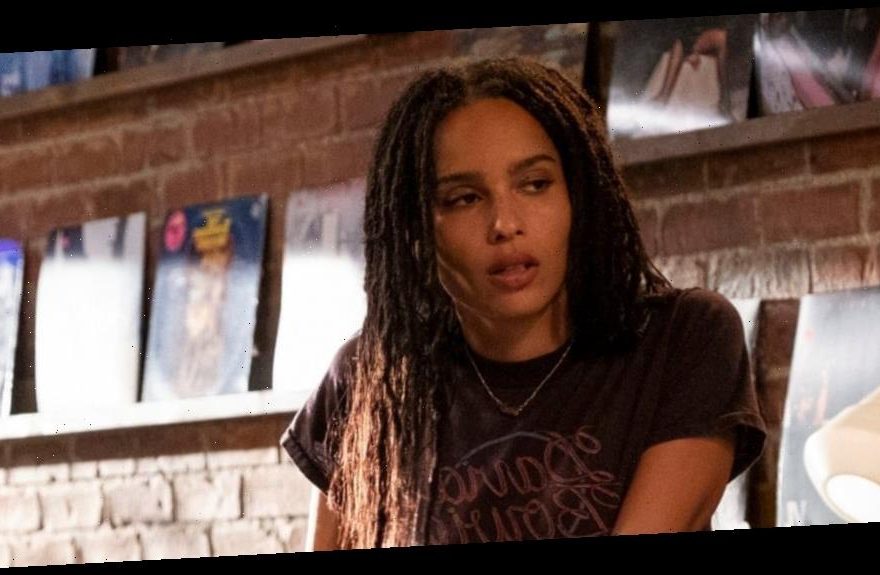 Steven Soderbergh has found his next feature film with HBO Max. After the filmmaker signed an overall deal with HBO and HBO Max last year, Soderbergh released the Meryl Streep drama Let Them All Talk for the WarnerMedia streaming service. And he’s keeping busy, setting up a new HBO Max original film under New Line with star Zoe Kravitz.

Deadline reports that Zoe Kravitz is set to star in the New Line Max Original movie KIMI, directed by Steven Soderbergh. The film, penned by David Koepp (Jurassic Park), will star Kravitz as “an agoraphobic tech worker who discovers recorded evidence of a violent crime during an ordinary data stream review and tries reporting it up the chain of command at her company. Meeting with resistance and bureaucracy, she realizes that in order to get involved, she will have to do the thing she fears the most — leave her apartment,” per Deadline.

While Soderbergh’s latest feature films haven’t been his strongest, they show a filmmaker willing to experiment with new mediums. Unsane and High Flying Bird, for example, were films shot entirely on an iPhone, while the filmmaker has appeared to use his streaming collaborations to work frequently with Streep (who starred in both The Laundromat and Let Them All Talk). Kravitz is a great talent, leading her own television show with Hulu’s High Fidelity and starring soon as Catwoman opposite Robert Pattinson in The Batman. And screenwriter Koepp, who will produce along with Michael Polaire, has an impressive resume, writing films such as Death Becomes Her, Mission: Impossible, Spider-Man, and Panic Room, though his recent films The Mummy and You Should Have Left leave a lot to be desired.

KIMI will premiere exclusively on HBO Max as part of Soderbergh’s overall deal with the streamer and HBO. It marks the second collaboration between the Warner Bros. Pictures Group, HBO Max, and Soderbergh since the studio’s restructuring, and the third between the filmmaker and HBO Max. The first was Let Them All Talk, a leisurely dramedy starring Streep, Lucas Hedges, Candice Bergen, and Dianne Wiest that debuted to mostly positive reviews. The second is the upcoming No Sudden Move, a star-studded Max Original crime thriller from Warner Bros. that stars Don Cheadle, Benicio Del Toro, David Harbour, Amy Seimetz, Jon Hamm, Ray Liotta, Kieran Culkin, Brendan Fraser, Noah Jupe, Bill Duke, Frankie Shaw and Julia Fox.

It’s a lot of work for a director who has frequently stated he would retire, only to be the busiest he’s been in years, churning out films like High-Flying Bird and The Laundromat for Netflix before apparently moving over to HBO Max. But under that deal with WarnerMedia, we’ll likely see even more.