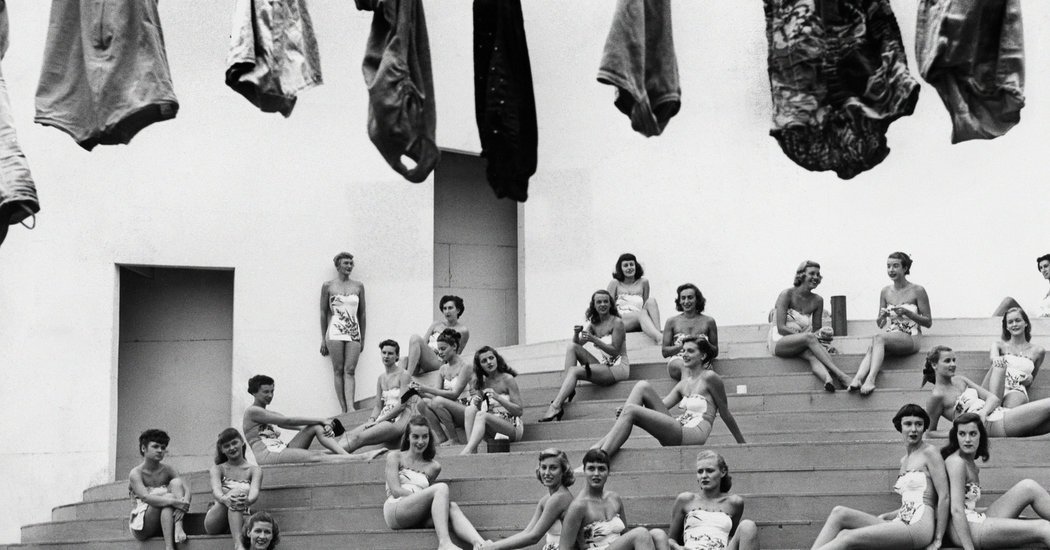 The swimsuit reflects the underbelly of society: It privileges superficiality, has been used to police cultures and values increasingly irrelevant norms of gender and sexuality.

Yet, it survives and lives unstably in the public imagination, vacillating between our collective affection and disdain. Last June, Miss America ended its nearly 100-year-old swimsuit competition. “We are moving it forward and evolving it in this cultural revolution,” Gretchen Carlson, the organization’s chairwoman, said at the time.

In April, Halima Aden made history as the first Muslim model to wear a hijab and burkini in the Sports Illustrated swimsuit issue. 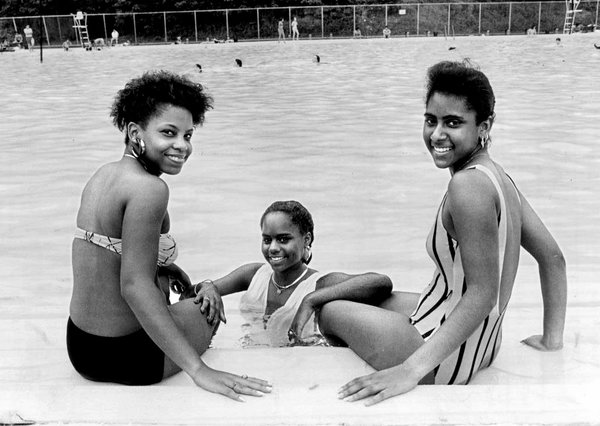 It’s hard to say when the garment came to be, but attitudes have certainly changed over time. Early rules about swimwear were governed almost exclusively by modesty; women wore long skirts and men were required to wear T-shirts; and progress was glacial.

In 1866 (one of the earliest mentions in this paper), the Times referred to swimsuits, or at least a variant, as “dresses for sea-bathing” and recommended that women wear “a tunic and knickerbockers of a stout brown holland.” The best material for this look was still up for debate.

It wasn’t until 1925 — almost two decades after Annette Kellermann, an Australian swimmer who famously wore a form-fitting one-piece bathing suit — that the mayor of Atlantic City Beach ruled that women could wear “one-piece suits with skirts and bare legs.”

But even with this new relaxed policy, the mayor asked women not to “go beyond reason in their beach attire,” and, according to a New York Times article about the rule, there would be men and women “beach censors” to enforce the dress code.

With these positions, it’s difficult to imagine that an even more scandalous item — the bikini — came on the scene in 1946. Louis Réard, a French automobile engineer, designed the two-piece, naming it after the nuclear testing at Bikini Atoll in the Marshall Islands, according to his wife, Michelle.

The design shocked, and Mr. Réard could find only one person to model the suit, Micheline Bernardini, a 19-year-old nude dancer. The bikini was not an instant hit, particularly in the United States; it chafed against the moral barometer of the day, and celebrity endorsements from the likes of Brigitte Bardot confirmed its immodesty.

The Times has dutifully, if not always intentionally, tracked the evolution of swimwear. In the archives are personal essays describing the dreadful ordeal of swimsuit shopping; the advertisements of carefree women announcing significant sales; and unexpected articles with quotations from young women, one saying that if her teachers at her Catholic school in New Rochelle saw the cut of her swimsuit “they’d probably go crazy.”

The articles in the archives reflect the swimsuit’s slippery definition and suggest that perhaps this garment’s survival is less about its meaning and more about its role as a vehicle for enjoying life’s low-key pleasures: water and the sun.