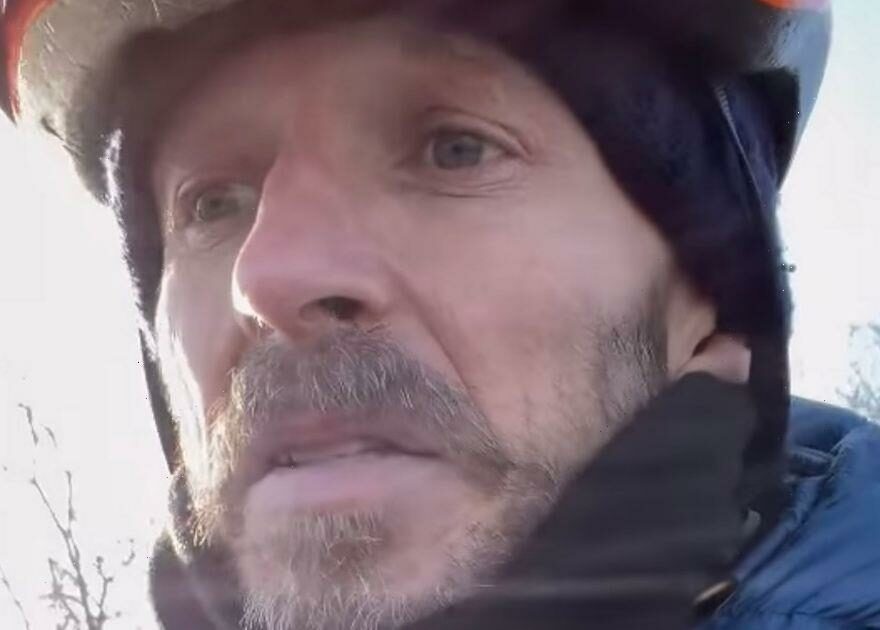 After opening up about his terminal cancer diagnosis in October, former A Place in the Sun presenter Jonnie Irwin has been transparent with his health struggles.

The father of three explained that he was suffering badly on Saturday and hadn't slept well, as he was dosed up on steroids and painkillers during his cancer battle.

He told his followers on Instagram Stories: "After a terrible night's sleep, up and down and getting painkillers – oh it was just horrible – it's a beautiful day.

"So I've got a steroid inside me and some more painkillers and I'm determined to make the most of this." He turned the camera around to show his view of a stunning lake in the Lake District as he headed out for the day on his hired electric mountain bike.

He also did an Instagram post of the gorgeous surroundings. He captioned the post: "After a torrid night in pain I dosed up on PK’s and was able to enjoy the beautiful Lakes via E-mtb.

"I’ll probably pay for it later but grateful for the window, the company and the weather. Only my second time hired one machines but I’m hooked!"

Jonnie revealed on Good Morning Britain that he'd felt "forced" to reveal his lung cancer diagnosis after online trolls told him he looked "too skinny".

He said: "I wanted to keep it secret because professionally I didn't want to lose work. Also, socially and emotionally, people treat you differently.

"People start making decisions for you: 'I didn't want to ask you because you know you've got cancer'.

"So if I withheld that information, I found I could live a normal life right up until probably a year ago."

Talking about how he was forced to share the news, he said: "Certain busybodies on social media like: 'You don't look well', 'you look ill', 'you should go see the doctor'.

"I mean I had someone come up to me after A Place In The Sun live exhibition and said: 'My wife says you're too skinny'. I was just like: 'Well you're not are you!' and he couldn't believe I was biting back but what do people expect to gain from it."

Jonnie was initially given six months to live, but has outlived doctor’s predictions with the help of medication, radiotherapy and chemotherapy.