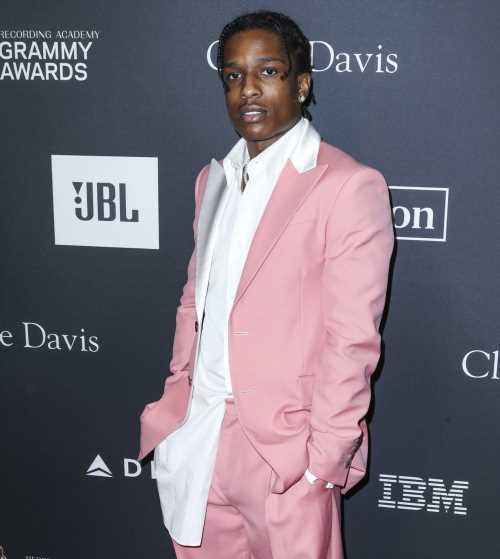 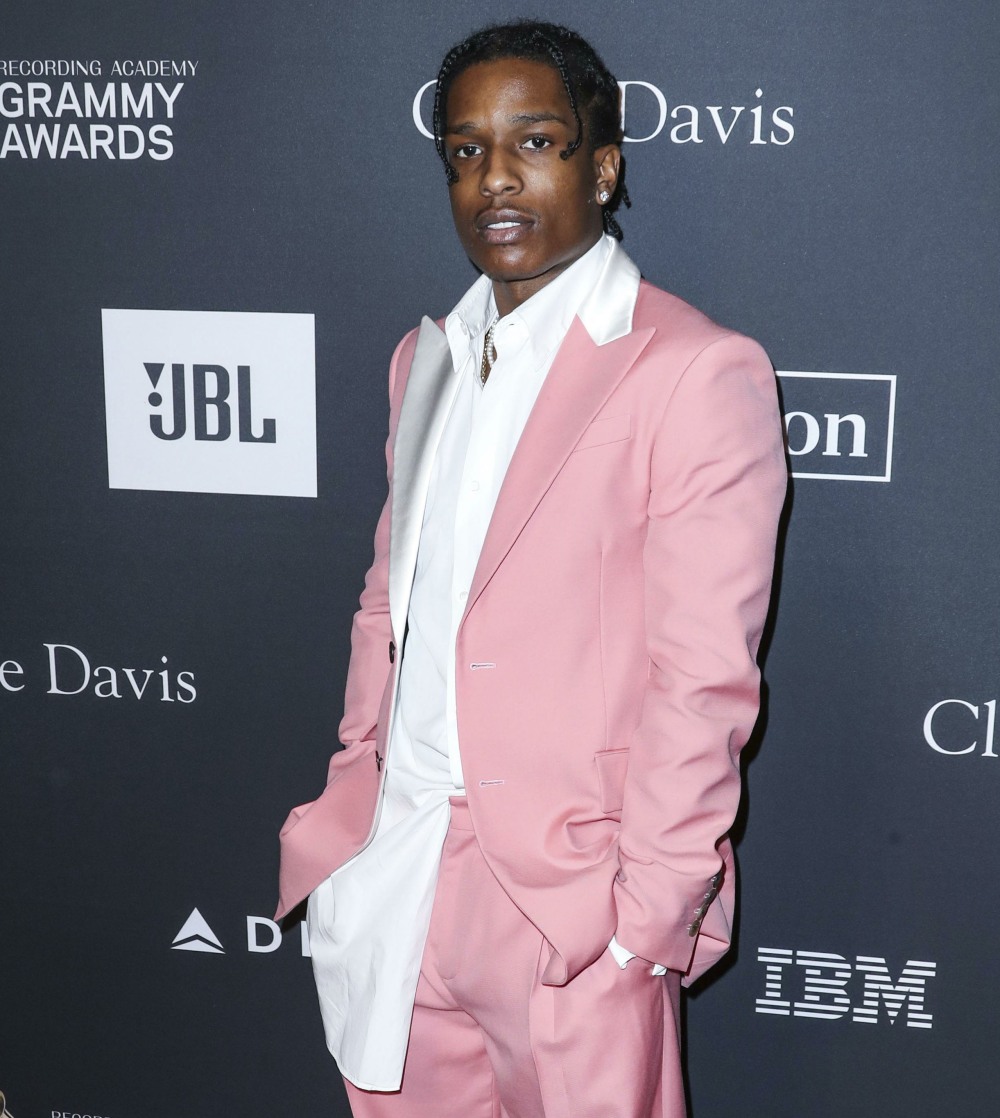 A$AP Rocky’s Stockholm criminal trial only lasted three days. Despite claims to the contrary, Rocky did testify on his own behalf, and he basically claimed self-defense or extenuating circumstances, detailing the way the two Afghan men were harassing him and his bodyguards. Rocky maintains that he did not use a bottle or break a bottle to beat up the one guy. There was a lot of back-and-forth about the bottle, almost as if there could have been different charges if the prosecution thought Rocky only used his fists to beat up the dudes.

Anyway, the trial has concluded and the judge told the court that he wouldn’t hand down a verdict until August 14th. Instead of keeping Rocky in Swedish custody for two more weeks, the judge gave Rocky permission to travel back to the US. Which Rocky did – he hadn’t been back on American soil in a month, and he flew out right away on his private jet. He arrived in LA in the early hours Saturday. Legal experts – perhaps Swedish legal experts? – say that because the judge went out of his way to release Rocky ahead of the verdict, it probably means that Rocky won’t be sentenced to two years in jail. Is there some kind of “time served” option in Sweden, because a month in custody is no joke. TMZ also reports:

All signs point to a not guilty verdict. Prosecutors in the assault case asked the judges to keep Rocky behind bars because he remained a flight risk. The judges had a middle-ground option — to release him from custody but order that he remain in Sweden, pending the verdict which will be announced on August 14, but instead they let him return to the U.S.

Fact is … a judge thought he was a flight risk a month ago when he threw Rocky in jail, even before charges were filed, so he’d be at least as much of a flight risk today … and that’s why it seems like it doesn’t matter anymore and that he’ll be found not guilty.

Our Rocky sources say he’s never going back to Sweden, and even though his position has been that race was not a factor, privately everyone in his camp thinks it was, and he probably does as well. It was smart of him not to take a stand on the racial issue, for fear of inflaming the judges.

The key to the case seems to be a green bottle. Prosecutors maintained Rocky hit the alleged victim over the head with it, but not a single witness supported the theory, nor did the video. You do see Rocky holding a bottle, but he says he did it to fend off the guy and put it down on the ground. Rocky does not have to appear in court for the verdict. It will be a written decision.

Yeah, obviously I don’t know how Swedish courts operate, but I have to think that if the judge gave Rocky permission to leave the country and Rocky isn’t required to come back for the verdict, the chances are very good that Rocky will either be found not guilty, or he’ll be found guilty and it will be like a “time served” sort of thing. As for the race issue… I’ve thought that there was a racial subtext to the whole thing and the insistence (from many quarters) that this was TOTALLY not about race just kind of convinced me that the opposite is true. I’m not saying this whole thing happened BECAUSE Rocky is black. I’m saying that it probably would have been handled a lot differently if he was white. 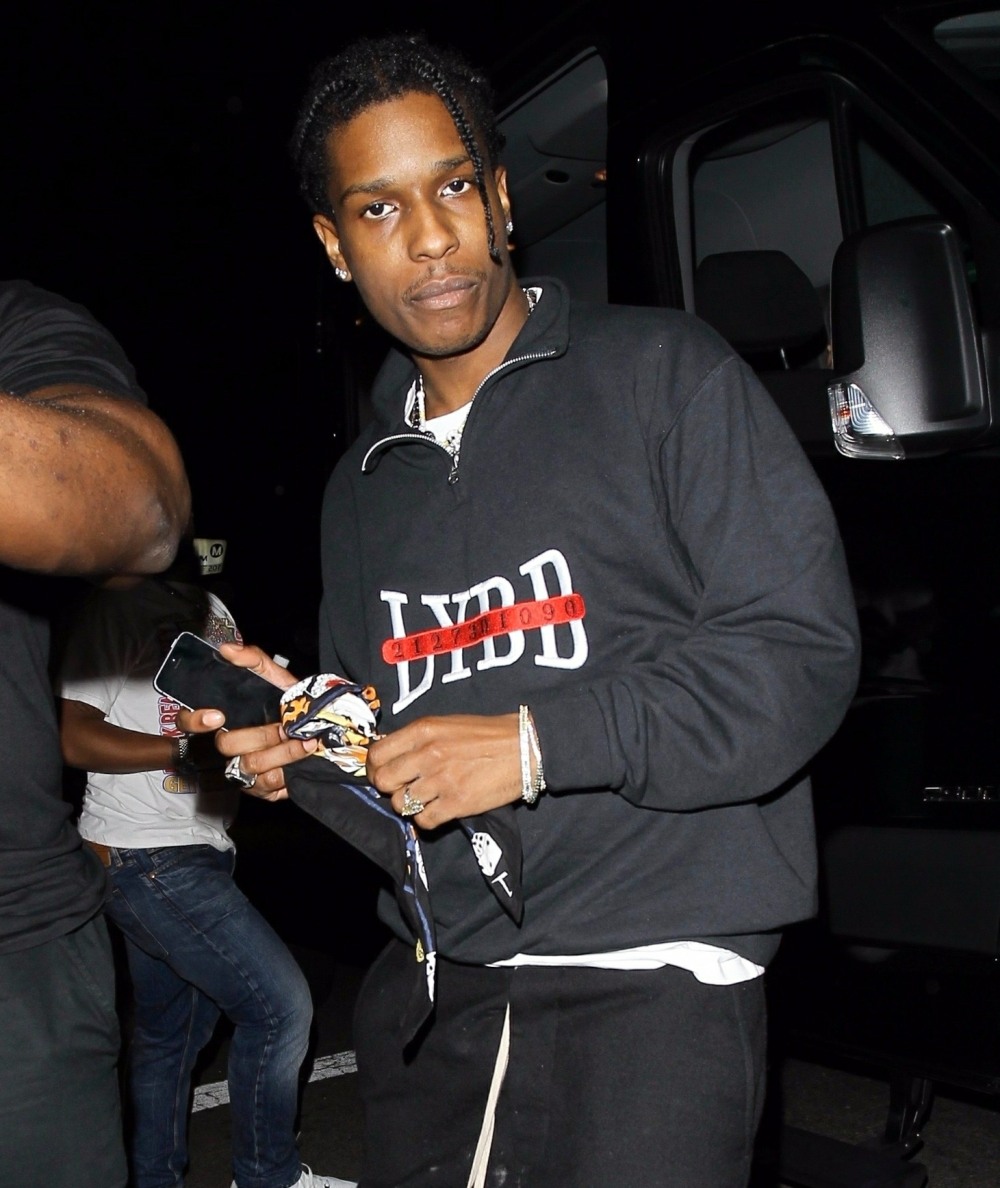