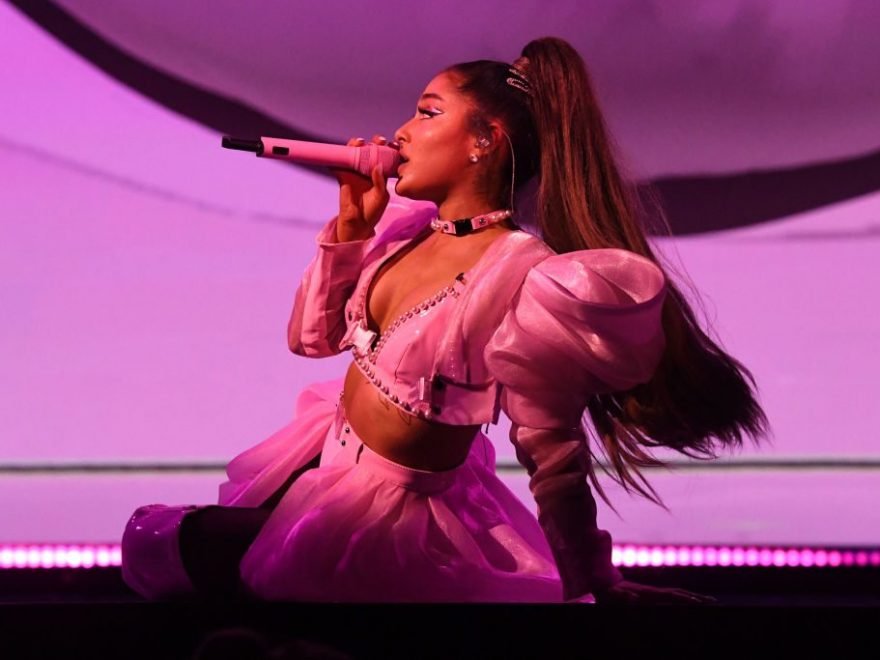 Ariana Grande is literally the most followed woman on earth. The GRAMMY Award winner’s every move is followed and critiqued by fans and critics alike. Everything she says, does, or even eats is analyzed by her 161 million followers which is enough to shake anyone’s mentality. Though Grande has built her career on the transparency and connection that she has with her fans, there are some things that even she feels are too private to even speak about.

Longtime Arianators (Grande’s most loyal fans) love how open she is with them. Grande has often placed her fans’ opinions over that of her record label. In the past, she has sent fans unreleased music in the hopes of gaining their honest opinions. Furthermore, Grande has gone out of her way to share her personal pain and struggles with mental health with her followers in the hopes that she can help them in some way.

Those closest to Grande know of how open and honest the 26-year-old is. “Ariana’s an open book. She has always shared her experiences with this beautiful blend of reality and the fantasy that pop culture requires. But holding her in my arms that night and feeling her shake from the loss of lives, literally feeling her heart pounding against mine—when you can let down the personas and cry with the rest of the world, it’s unifying. It’s a reminder that music can be our greatest healer,” Miley Cyrus said about the “thank u, next” singer.

The tragedy in Manchester

Of course, Cyrus was referring to the benefit concert that Grande threw following the tragic suicide bombing at her concert in Manchester. The horrible incident had unfathomable ramifications on the fans who tragically lost their lives at Grande’s concert. The incident also (understandably) had a deep impact on Grande’s mental health and well-being. But despite that, Grande refuses to take ownership of that trauma. “It’s not my trauma. It’s those families’. It’s their losses, and so it’s hard to just let it all out without thinking about them reading this and reopening the memory for them,” Grande admitted in a recent interview with Vogue.

In fact, Grande barely allows herself to take credit for any of the good that she did following the horrible incident. “I’m proud that we were able to raise a lot of money with the intention of giving people a feeling of love or unity, but at the end of the day, it didn’t bring anyone back. Everyone was like, Wow, look at this amazing thing, and I was like, What the fu*k are you guys talking about? We did the best we could, but on a totally real level, we did nothing,” the 26-year-old said passionately.

What Grande isn’t ready to talk about

Grande then went on to speak more about her feelings. The singer revealed that despite the fact that she’s shared so much, there’s even more that she keeps close to the chest. “I’m sorry. I have a lot to say that could probably help people that I do want to share, but I have a lot that I still need to process myself and will probably never be ready to talk about. For a long time, I didn’t want to talk to anyone about anything, because I didn’t want to think about anything. I kind of just wanted to bury myself in work and not focus on the real stuff, because I couldn’t believe it was real,” Grande confessed.

In spite of it all

We totally understand Grande’s need to drown her feelings in work. Having come face to face with such a large amount of trauma has to be tough for anyone. It doesn’t help that Grande has the whole world’s eyes on her as she processes her day-to-day. Despite horrible tragedies, that at times have compromised her mental health, Grande has continuously proven herself to be a multi-talented artist and we can’t wait to see what’s next for her.