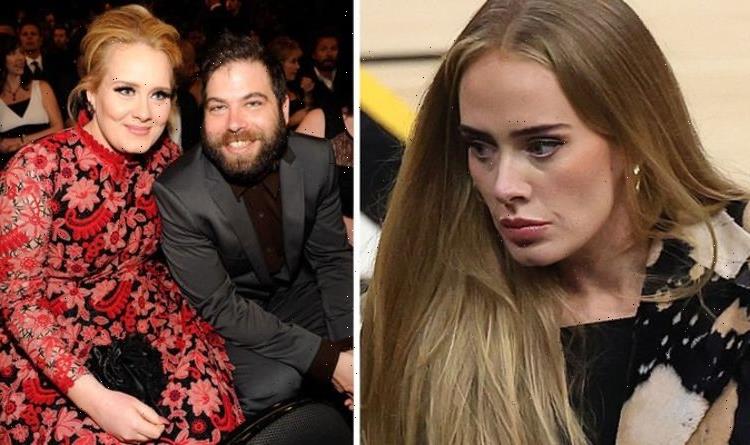 Adele teases the release of her new track 'Easy on Me'

Singer Adele has opened up about the breakdown of her marriage in a candid new interview. The 33-year-old singer spoke of her divorce during a chat to Vogue, after making history as the first person to star on the cover of both the British and American versions of the fashion magazine.

Adele, who is about to release a brand new album, said she wanted to make her new music for her son, in order to explain to him why she left his father in “pursuit of her own happiness”.

The Skyfall songstress is mum to Angelo, nine, who she shares with ex husband Simon Konecki, 47.

The couple reportedly separated in April 2019, however, the mum-of-one did tell the publication that the press have the timeline of her marriage all wrong.

She hopes her firstborn will be able to listen to the tracks when he is in his 20s or 30s and understand her actions better.

She made her comments while revealing some of the questions that Angelo had surrounding the breakdown of his parents’ marriage.

“He has so many simple questions for me that I can’t answer, because I don’t know the answer. Like, ‘Why can’t we still live together?'” she told American Vogue.

He also asked “Why don’t you love my dad anymore?” the performer went on to say, before sharing her reply to her son.

“And I’d be like, ‘I do love your dad. I’m just not in love.’ I can’t make that make sense to a nine-year-old,” Adele continued.

Adele married the Charity CEO in 2018.

The former couple parted ways the following year as she felt it “wasn’t right anymore”.

The award-winning singer is now dating American sports agent Rich Paul, 39, and has said they are very happy together.

It comes just three weeks after they made their relationship Instagram official.

Following her divorce, Adele has been concentrating on her health and wellbeing and has lost over 100lb in weight.

She debuted her new slimmer figure online in May last year, when she posted a picture online to mark her birthday.

She showcased her impressive weight loss in a little black mini dress.

The cover star now works out two or three times a day in order to keep in shape.

Six months prior to her post, Adele hinted at her newfound love of the gym.

“I used to cry but now I sweat,” she wrote online, in view of her 40.3 million Instagram followers in October 2019.

The Rumour Has It singer looks incredible in the new pictures that accompany her first interview in five years sporting two very contrasting looks.

Adele covers the November issues of British and American Vogue.