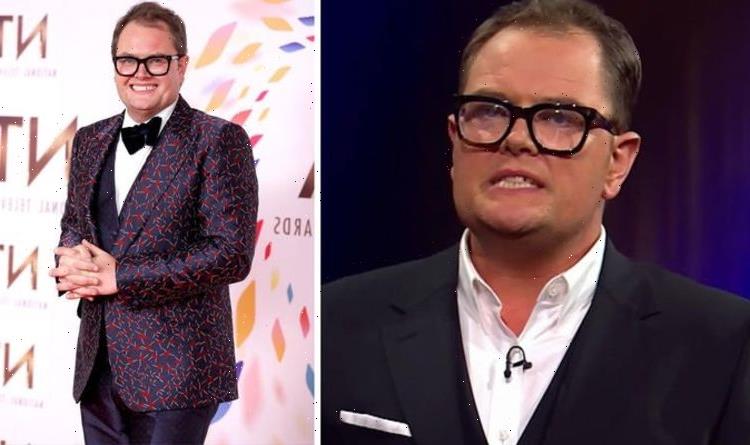 Comedian Alan Carr has not posted on social media platform Twitter since New Year’s Day 2018. And now, the TV star has revealed the reason behind his decision to quit the micro-blogging site.

The 45-year-old funny man said a post he shared about curry three years ago sparked an unexpected backlash and pushed him to make his decision to leave the site which he used to enjoy.

Alan spoke out while on stage in Leeds as part of his Regional Trinket tour.

“It’s the cancel culture,” he told the crowd.

“You can’t say anything these days. That’s why I came off Twitter.”

The Chatty Man star then went into further details about the incident.

“I tweeted my curry was 25 minutes late and I got people telling me: ‘Oooo, first world problems’.

“It wasn’t like I’d just walked 25 miles for water or posted: ‘Had a s*** harvest… just slaughtered my first born’,” he remarked.

The stand-up comedian will be back on stage in Oxford this weekend before travelling the UK with his tour.

Alan previously spoke out about “cancel culture” during an interview with The Guardian.

When asked whether comedians should be worried about being called out or boycotted online, he said: “It’s a nightmare.

“I just feel that if stand-up comedy disappears, where do you go… I don’t know.

“Let me have a think about this. It does wind me up.”

However the TV presenter previously admitted that he used to love the community aspect of social media.

During an appearance on Good Morning Britain, he told hosts Ben Shephard and Ranvir Singh that it was “very fun” when he first joined.

“But then you moan, you moan and moan and it all just got like Speaker’s Corner towards the end. Everyone was just moaning,” he explained.

“And I worked for four years in a call centre so my days to listening people moaning are well over,” he added.

Last month, Alan was seen in Kent filming scenes for an upcoming television show in the sunshine.

The presenter was in the seaside town of Margate with the cast and crew of BBC Two’s Interior Design Masters.

Alan was pictured in a red Ford Capri as he arrived to talk to the contestants, who were most-likely renovating shops in the high street.

He was later spotted ordering fish and chips and talking to fans.