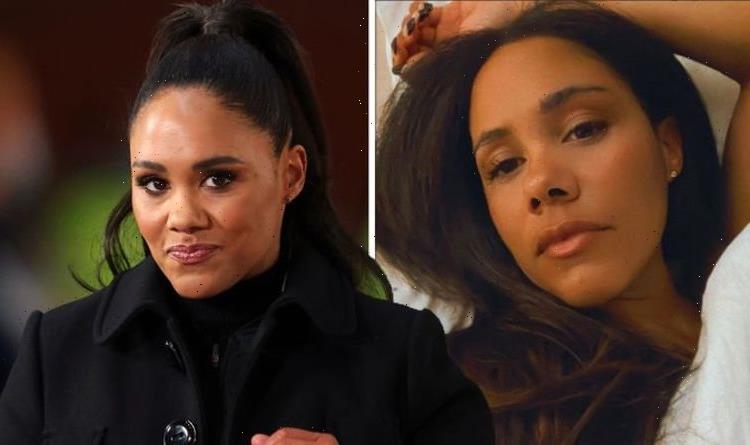 Alex Scott has had a busy year on television, taking on a number of new shows. However, the star has now announced what she’s up to next as she prepares to take a break from screens.

Alex was replying to a fan urging her to enjoy a break for Christmas when she made the admission.

User @lebigfella had reached out to the presenter on Twitter on December 14.

They wrote: “Hey Alex… sincerely wish you all the best and can’t wait for you to be back on our screens as soon as possible.

“Have a great break from it all & a superb Christmas.”

She wrote: “Football focus & #SPOTY at the weekend 1st…then time for some R&R and complete switch off.”

This comes after the star previously opened up about feeling “guilt” over turning a career opportunity down.

She penned earlier the same day: “At the time..what felt like a ‘huge’ decision to say I can’t do it (work wise) and spend time with my mum instead..

“I think its me that needed today more than ever.” (sic)

Thankfully, it seems Alex will be back in the New Year to host her hit shows.

She took over as the Football Focus lead presenter earlier this year and fans have loved her in the role.

She penned on Twitter back last Friday: “Last episode of @TheTournamentTV today.

“This was such a fun/light show to be involved with.

“Thank you to everyone for all the work that went into it and to all the contestants that took part in the show.

When a fan asked if any more episodes will be out, she shared a cryptic message.

Alex penned simply: “You can catch all of them on @BBCiPlayer.”

Alex is one of the hosts of the highly anticipated Sports Personality of the Year tonight.