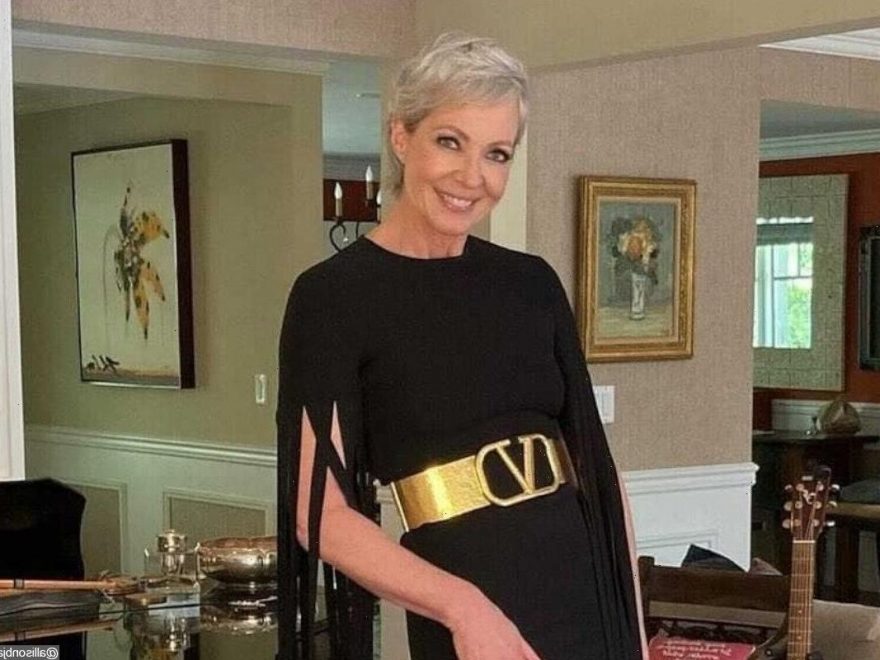 The actress playing Bonnie Plunkett in ‘Mom’ shares the story of how her attempt to help her friends turned into a nightmare when she makes a virtual appearance on ‘The Ellen DeGeneres Show.’

AceShowbiz -“I, Tonya” star Allison Janney will think twice before offering to host an intimate wedding again, after her first attempt turned into a nightmare last year (2020).

When the actress heard two friends were having to scramble to rethink their nuptials due to the COVID pandemic, she stepped in and offered her home and her services to the bride and groom and a handful of family and friends.

But what she thought would be a simple job turned into so much more, thanks to dog poop and drunk videographers.

“There were only, like, 15 people, but I thought, ‘Sure, I could handle that…’, but when it came down to it, everything fell apart very quickly,” Janney told “The Ellen DeGeneres Show“.

“I had to put the hors d’oeuvres in right as the ceremony started and they had to come out exactly when the ceremony was supposed to end… I put them in, the ceremony starts… and I see dog poop…, so I had to get the pooper scooper and pick up the poop, and then the videographer was over-served…, so the wedding was delayed.”

“I missed the ‘I dos’… and then burned myself getting the hors d’oeuvres out. It was an epic fail. I was so casual and calm leading up to it… and everything that could go wrong went wrong and I was a sweaty mess… I won’t do that again.”

During the Wednesday, May 12 episode, Janney was also joined virtually by her “Mom” co-stars, Jaime Pressly, Kristen Johnston, Beth Hall and Mimi Kennedy. They discussed their sitcom ending after eight seasons with host Ellen DeGeneres.