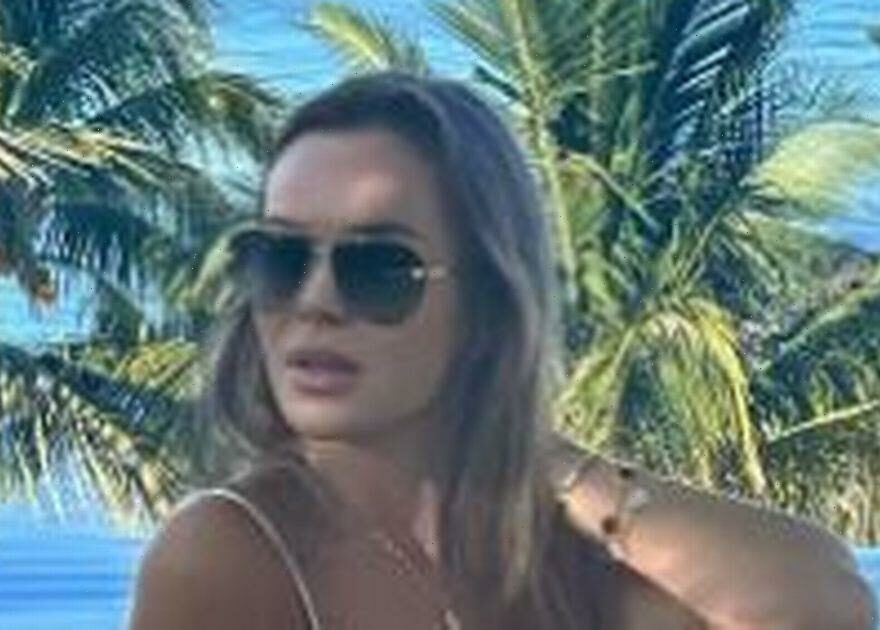 Fans have gushed over Amanda Holden in the comments of her Instagram after the Britain’s Got Talent judge shared pictures from her New Year holiday in sunny Mauritius.

Amanda, who recently enjoyed a festive trip to New York City, jetted off once again to enjoy the beautiful island with her family to see in 2023.

Taking to Instagram on January 1, Amanda, 51, shared a few shots that featured her stunning New Year’s Eve dress, the beautifully clear water and a sensational bikini shot that had fans smitten in the comments.

It appears that Amanda is staying at the LUX* Grand Baie resort, which has been featured in publications like GQ and Conde Nast Traveller.

“Swinging into #2023,” she captioned the post, which has since been liked over 15 thousand times.

The image shows the TV favourite posing in a white bikini while on a swing over the pool.

Amanda showcased her flawless figure and gazed mysteriously off into the distance with her hand on her head, while she donned sunglasses.

“Stunning as always,” another person gushed, while a third added: “What a woman, so elegant and beautiful.”

The bombshell also shared similar shots to her Instagram story, with one showing the radio DJ walking the beach in her New Year's Eve dress.

Another shot showed Amanda sunbathing, flaunting her bronzed legs, as another offered fans a further look at the pool swing.

This comes after Amanda suggested who should replace David Walliams on Britain’s Got Talent following a voice note scandal that allegedly forced him to step down from the role he began in 2012.

Speaking to The Sun, Amanda said: “Alan [Carr] would be incredible on any TV panel.”

David, 51, reportedly stepped down from the role after voice notes saw him brand one contestant a "c**t" while adding about another: "She thinks you want to f**k her, but you don't."

Apologising for the hurt he caused, David said: “I would like to apologise to the people I made disrespectful comments about during breaks in filming for Britain's Got Talent in 2020.

"These were private conversations and – like most conversations with friends – were never intended to be shared. Nevertheless, I am sorry."