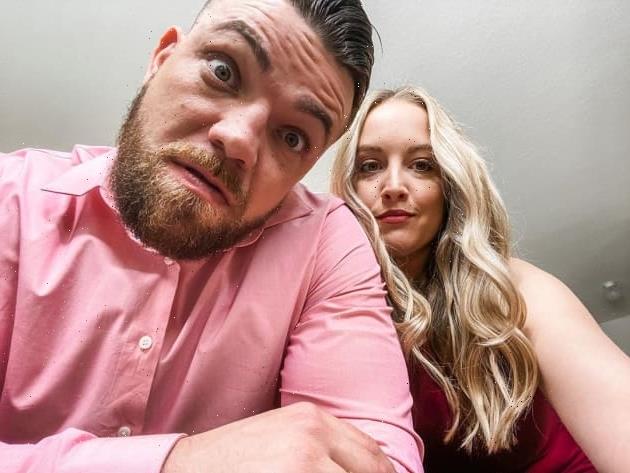 90 Day Fiance viewers are painfully aware that Andrei Castravet is disrespectful and rude.

It’s not just the way that he interacts with Elizabeth’s family, but that’s part of it.

What most fans aren’t aware of is that he’s even ruder than he seems.

Unless you speak Russian, you might not realize what he’s really saying when he talks to his wife.

Andrei Castravet’s storyline this season with Elizabeth Potthast and her family is mostly the same as always.

He’s rude, he clashes with Elizabeth’s family. Somehow, her brother makes it even worse.

The only real change this season is that Andrei is willing to work this time.

So far, viewers have been busy watching the Potthasts process this development.

But in the background, they’ve been seeing Andrei speak to Elizabeth.

He’s clearly rude to his wife in English. But there’s more to it.

Andrei is from Moldova.

While the official language of Moldova is Romanian, many there speak Russian.

And, in particular, a lot of obscenities used in Moldova are Russian.

“I know Russian,” the redditor wrote.

“And,” they continued, “honestly Andrei curses SO MUCH!!”

“Yup,” they wrote, “those are really vulgar Russian curses.”

The post then added further context for anyone confused.

It continued: “ALL of them curse in Russian.”

“I was watching the clothes folding scene,” the redditor recalled.

“And,” the post continued, “those little ‘bla’ or ‘blya’ or ‘nah’ (abbreviation for a really bad word),” they cited.

The post said that these “are all really really vulgar and crass cursing words.”

These, of course, are not censored by the network.

“It’s hillarious to hear they bleep out the american f-words,” the poster observed.

“But,” they continued, “leave out the so much kore vulgar russian curses.”

“As an Eastern European,” a commenter agreed, “he reminds me so much of my dad and not in a good way.”

Another speculated: “I always assumed he is abusive when the cameras are off.”

There have been no accusations or evidence of anything like that to date.

“He usually curses when he is drunk,” a commenter pointed out.

“But recently I noticed he goes out of control during a normal day lol,” the commenter added.

“Try to look at the scene when Andrei and Libby folds the laundry on the bed,” a speaker of Russian pointed out.

“I know Russian too and can confirm that Andreeeei is awful,” the commenter wrote. “Typical gopnik.”

Additionally, some who speak Russian were scandalized that TLC doesn’t bother to bleep non-English expletives.

It is of course irresponsible to make abuse allegations without evidence.

Elizabeth (and her siblings and parents) can all speak for themselves.

But calling Andrei a jerk … well, we knew that much. Now we know just how disrespectful he is.