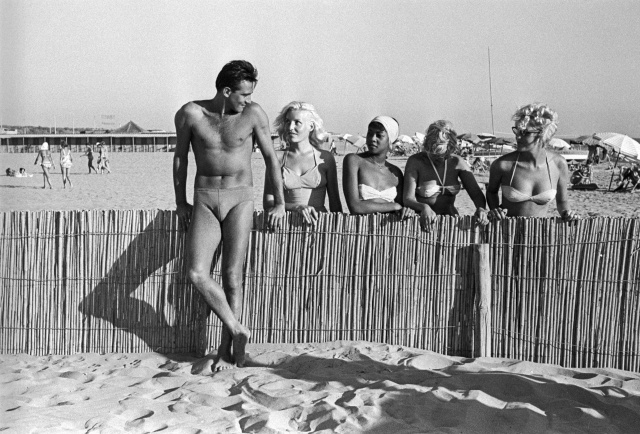 MILAN — Navy double-breasted jacket, beige pants and a harlequin foulard knotted around the neck: on Tuesday, 95-year-old photographer Paolo Di Paolo was the most charming man in the room at Galleria Carla Sozzani, which is housed at the 10 Corso Como location here.

Duly masked, the Rome-based artist warmly welcomed guests to the show space, which staged two exhibitions dedicated to his work, both curated by Sozzani’s daughter Silvia. The exhibitions are in advance of a film about Di Paolo’s life directed by Bruce Weber, which is in progress.

Developed in collaboration with Bulgari, the first exhibit was titled “Milano (fotografie 1956-1962)” and presented a selection of Di Paolo’s images celebrating the city, which he is said to have loved for being very different from Rome.

A portion of the unpublished pictures, which shed a poetic light on Milanese landmarks in the ’60s, also will be displayed throughout this month at Bulgari’s store in Via Montenapoleone, in the city’s Golden Triangle.

The Dolce Vita part of his work was referenced at the 10 Corso Como bookshop, where images of Anna Magnani, Gina Lollobrigida and Elizabeth Taylor photographed wearing Bulgari jewels at parties and theatrical performances were flanked by reproductions of the original sketches of the pieces hailing from the Bulgari archive. 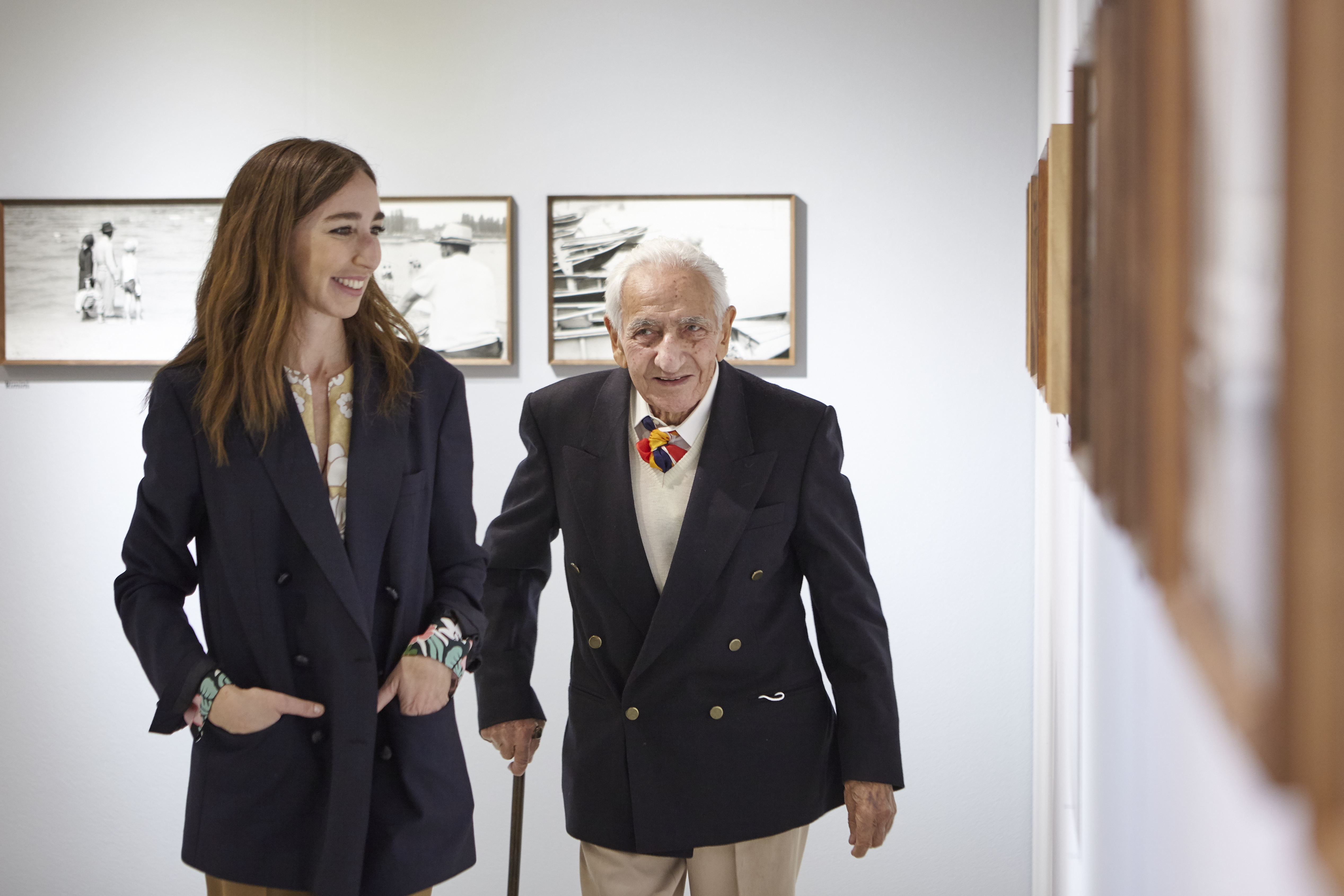 Paolo Di Paolo at the opening of his exhibitions at Galleria Carla Sozzani. Chiara Gussoni/Courtesy Photo

Di Paolo also had fashion-related stints. Before retiring to the countryside outside Rome in 1968, he concluded his photographic career by collaborating with journalist Irene Brin on exclusive fashion reports about the international jet set.

In particular, in 1967 he documented the Valentino haute couture show in Capri, an experience he replicated recently. Last year, the fashion house’s creative director Pierpaolo Piccioli invited Di Paolo to Paris for the brand’s couture spring 2020 show, with the photographer joining in the behind-the-scenes process, too.

“That was for fun. I took the camera with me in case it turned out to be useful,” recalled Di Paolo. “I did it also because of Pierpaolo [Piccioli], who is a dear friend. Then, at a certain moment there was a model trying a dress and a headgear that was made of corals that looked like one I photographed in 1967. It was so beautiful,” continued the photographer, while his piercing blue eyes got misty.

“So when they were doing the fittings, an image came to my mind and I said, ‘Everybody stops’ and there was this staircase, so I checked the light there. They were probably thinking, ‘Now this 95-year-old man [gets hurt]’ but I regained so much energy in that moment.…I still know how to take pictures, you know. I still like to take pictures, but just for fun now.”

At the time Piccioli shared glimpses of the experience on his Instagram account, with posts ranging from the whole Valentino team photographed by Di Paolo to the look inspired by the 1967 collection.

“The person behind the lens is Paolo Di Paolo, who needs no presentation and whose presence honors me, more than my words can tell. I believe that no one but him could tell the story of the unseen world of couture,” read part of the caption flanking a candid image of the designer with Di Paolo.

“I appreciated a lot of fashion photography. And today if there’s a type of photography I like, it’s only the fashion one,” continued Di Paolo.

To this end, he said that the “best photographer” was the late Giovanni Gastel, who died earlier this year at 65 due to COVID-19. “He had the ability to understand the value of color, not in its chromatic sense, but for its incredible function in the composition. The last time I met him I congratulated him for this, I told him that I recognized his work because of this feature, because for him color had a volume. And photography is made of volumes, which create depth. But it’s difficult that a photographer can create this through a chromatic difference and for this reason he was very good.”

He elaborated on photographic techniques and explained the reasoning behind some of his images displayed in the main room of the gallery, where the second exhibition was staged under the patronage of the Centro Studi Pier Paolo Pasolini.

Opening to the public on Wednesday and running through Aug. 29, the show “La Lunga Strada Di Sabbia,” or “The Long Road of Sand,” displays 101 images — several unpublished — flanked by text by Italian poet and film director Pier Paolo Pasolini.

The exhibit references an editorial work Di Paolo and Pasolini developed in 1959. Published by the “Successo” magazine in three issues, it reported on Italians on vacation, anticipating Italy’s rebirth in the 1960s. 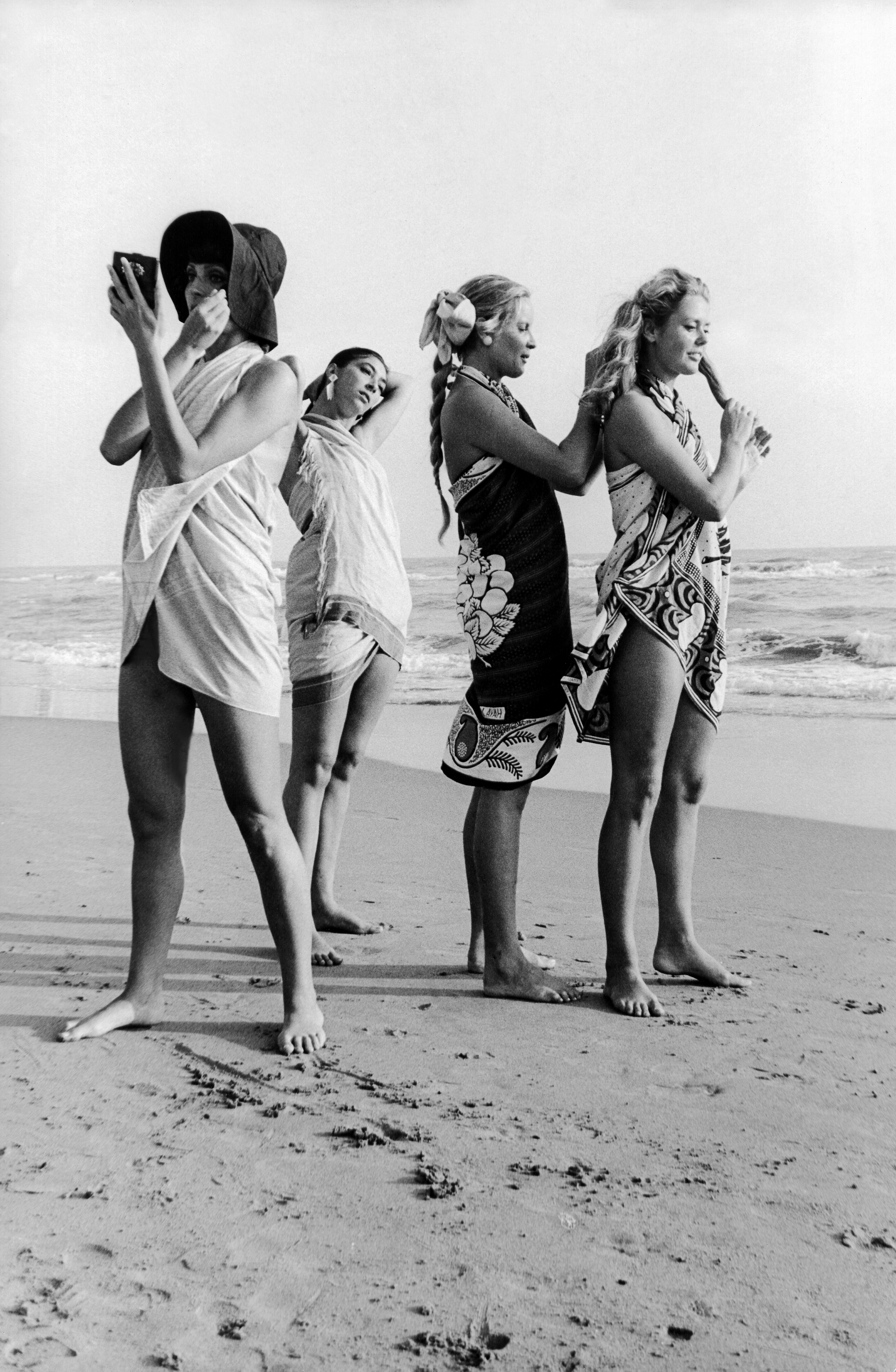 At the time, Pasolini was not a film director yet but had published “The Best of Youth,” “The Street Kids” and “A Violent Life.” The two didn’t know each other and made for a delicate partnership on the assignment. For example, after setting off together with the plan of traveling along the coasts of Italy, they had different visions.

Yet that first experience ended up in mutual respect and trust, with Di Paolo identifying his favorite image of the show with a black-and-white photograph portraying Pasolini himself in a city’s outskirts.

“That’s the most important one. It’s so important that looks fake,” said Di Paolo. “It’s a perfect picture in the way there are all the narrative elements about the character, the setting that he loved, this space of desolation and solitude.…There’s a whole story, and if someone doesn’t know Pasolini, he can look at that picture and grasp what kind of man he was,” he continued, revealing that the magazine’s directors rejected the photograph for being “too perfect.” 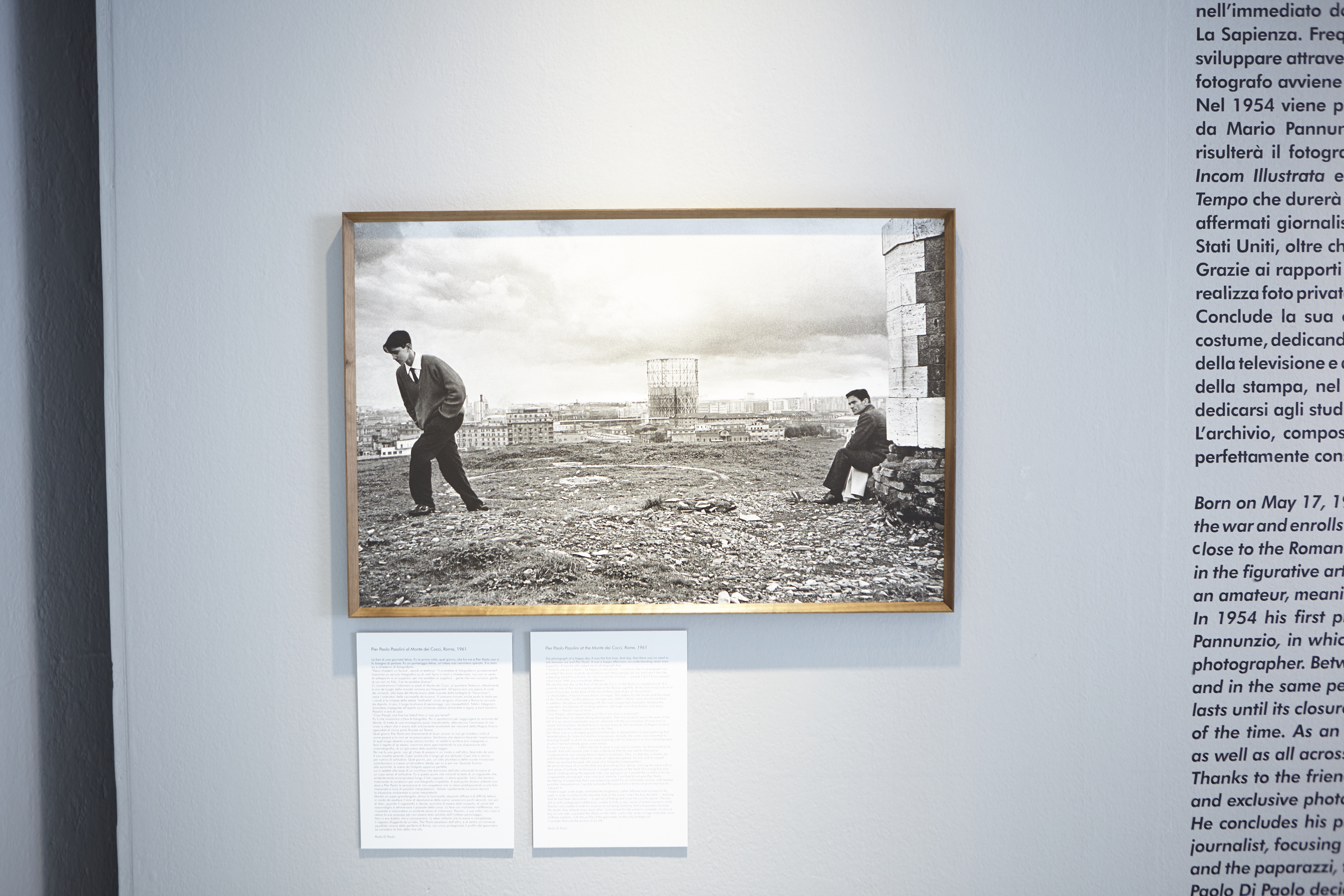 Di Paolo quit the profession roughly 60 years ago “when the atmosphere changed in Italy, and all people wanted were scandals,” he said, referencing how, with the advent of television and paparazzi, information increasingly pivoted toward news and gossip scoops.

“For me photography had to be informative, narrative. You might not know the subject but you understand the situation. In every image there’s a story to tell, even if it’s a static one. That was my law,” he concluded.

Di Paolo’s photographic archives with more than 250,000 negatives, contact sheets, prints and slides, remained hidden for decades. They were found by chance in the early Aughts by his daughter, who brought it to light.

In 2019, Rome’s MAXXI museum, the Museum of the Arts for the 21st Century, dedicated an extensive retrospective to Di Paolo, titled “Mondo Perduto,” or “Lost World.” As reported, back then Gucci teamed with the museum on the publication of the exhibition book, which gathered more than 300 photos taken between 1954 and 1968.