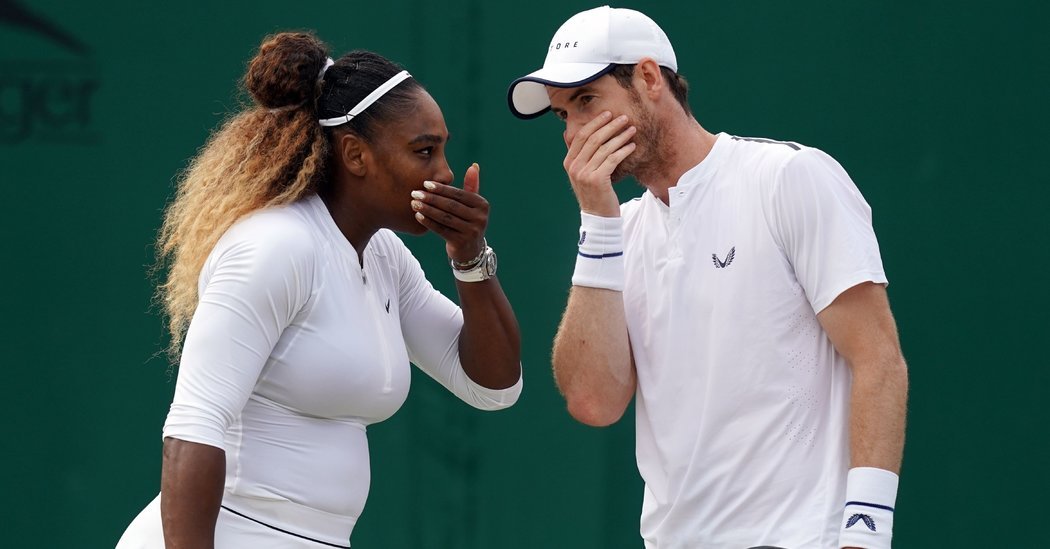 WASHINGTON — Andy Murray’s comeback from a career-threatening hip injury will continue next week at the Citi Open in Washington, where he will play doubles alongside his brother, Jamie.

The Citi Open will be Andy Murray’s fourth event, and his first on a hard court, since he had a hip resurfacing operation in January. After playing doubles at Wimbledon, he expressed uncertainty about when he would compete again, but the Citi Open is under new ownership and has committed to making doubles a centerpiece.

In singles, the biggest attraction may be a women’s exhibition match involving Coco Gauff, the teenager who became a breakout star at Wimbledon. Gauff, 15, is an alternate for the Citi Open’s qualifying rounds and is unlikely to gain a spot because the entry deadline required her to use her pre-Wimbledon world ranking, No. 313.

Gauff, now ranked 143rd, reached the fourth round at Wimbledon after getting a wild card into the qualifying round, and she is ineligible to receive another one at the tour level until she turns 16 in March. In Washington, she is scheduled to appear at a kids’ day event on Saturday and play an exhibition on Sunday.

Since his comeback began, Murray — a three-time Grand Slam champion and a former No. 1 in singles — has played only grass-court doubles so far, winning his first event after the operation: the Queen’s Club Championships last month in London, where he was partnered with Feliciano López.

Murray, 32, then lost in the first round in Eastbourne, England, with Marcelo Melo, and at Wimbledon he reached the third round of mixed doubles with Serena Williams and second round of men’s with Pierre-Hugues Herbert.

Jamie Murray, 33, has frequently played doubles with his brother and won the Australian Open and the United States Open men’s doubles events in 2016 with Bruno Soares.

“They called us and said Andy really wanted to come back to D.C., and wanted to play doubles with his brother,” said Mark Ein, the new owner of the tournament. “We’re putting a real focus on doubles at the event — it’s a terrific piece of the competition and entertainment value for fans — so we were thrilled he wanted to return.”

Murray’s decision was somewhat surprising considering a remark he made about his difficult exit from the Washington event last year. After winning a third-round singles match at 3 a.m., Murray, who was fighting persistent hip pain, dissolved into tears of gratitude over simply being physically able to compete. But when his quarterfinal match was scheduled for later the same day, he withdrew, despite the tournament director, Keely O’Brien, publicly imploring Murray to stay in the tournament.

“I hope that Andy really takes into consideration this role in his sport,” O’Brien told The Washington Post, “and as a global role model to guys and girls on the tour and kids around the world that, when things are difficult and tough and the conditions aren’t great, it’s not O.K. to just give up.”

In a Q. and A. on Instagram this year, he responded to a question about whether he would return to Washington — where O’Brien is still the director — by saying, “Probably not after the tournament director rinsed me,” and adding a laughing emoji.

The men’s doubles draw this year will feature the top 10 doubles players and an intriguing first-time pairing of singles stars: Stefanos Tsitsipas and Nick Kyrgios, two of the most distinctive, yet dissimilar, personalities on the ATP Tour.

The pairing was Ein’s idea after he heard the outspoken Kyrgios in a May interview expressing a desire to play with Tsitsipas, a creative introvert.

“Since we took over,” Ein said, “thinking about highlighting doubles and creating compelling teams to come together has been a focus of ours.”

Ein has also said that next year he would like to add mixed doubles, which are currently not played at any combined ATP-WTA events.