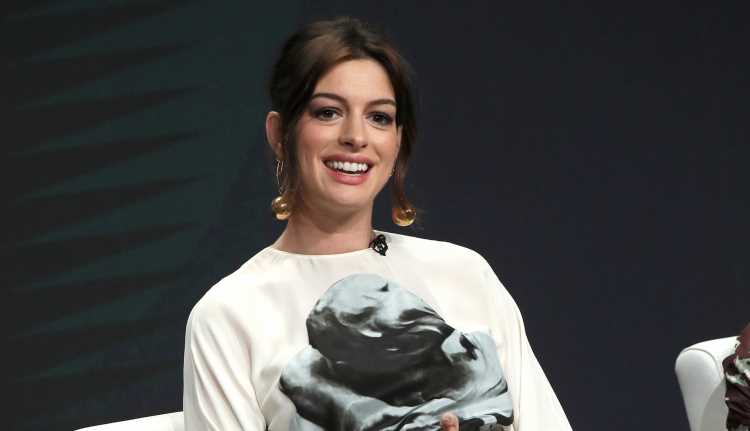 Anne Hathaway is a glowing mom-to-be while sitting on the panel for her upcoming Amazon series Modern Love on Saturday (July 27) in Beverly Hills, Calif.

The 36-year-old pregnant actress was joined by the show’s other stars Cristin Milioti and Gary Carr, as well as producer Daniel Jones, during the 2019 TCA Summer Press Tour.

This is the first public event appearance that Anne has made since announcing her pregnancy earlier in the week.

Modern Love is a new anthology series that will have different storylines and casts in each episode. The show launches on October 18 and you can watch a teaser here.

“We know the ins and outs of romantic films so well. We’re almost ahead of them,” Anne said during the panel (via THR). “At the moment, as audience members I’m not sure the three-act structure is as satisfying as it was 20 years ago. So for me it was really exciting — this was a way to tell a genre of story that I love telling in a way that felt really fresh.”

25+ pictures inside of Anne Hathaway and others at the panel…