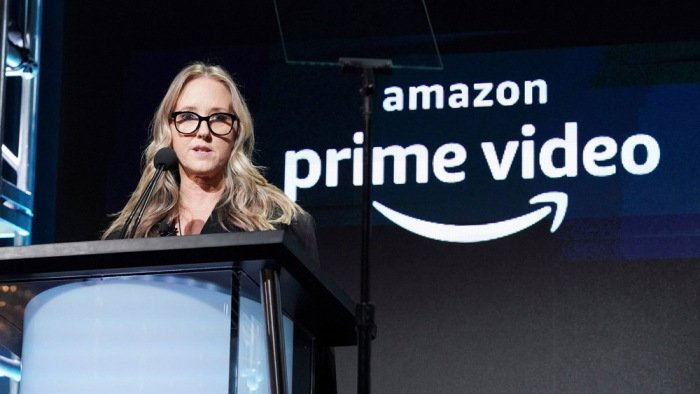 The future of Amazon Prime Video may end up fairly similar to the streamer’s e-commerce parent company: A store with something for every possible buyer.

Jeff Bezos’s Amazon mothership sells everything from paperbacks to groceries. And, in its day of panels at the Television Critics Association press tour, the streamer made news about both hardcore fantasy tentpoles and planned female-skewing projects. In an increasingly crowded and competitive marketplace, Amazon is the venue where genre fans can find dark Victorian allegory “Carnival Row” and a pricey “Lord of the Rings” adaptation — and it’s also the place for a lighter sort of escapism, with romance anthology “Modern Love,” the Heidi Klum/Tim Gunn reality series “Making the Cut,” and an untitled Blake Lively project set in the world of fashion. Lively now has an overall deal with Amazon, as do Lena Waithe, Connie Britton, and Forest Whitaker.

Amazon’s viewership is unknowable; the service makes a point not even to hand out selective numbers. But the bet it’s placing seems clear enough: Leaning away from niche-appeal shows in favor of bringing together, in one place, a suite of potentially massive shows whose core audiences lack natural overlap. This is yet another new phase for a streaming service that’s already been through a few. Many of the big genre shows being worked through Amazon’s pipeline now, from “Carnival Row” and “Lord of the Rings” to “Jack Ryan” and “The Boys,” represent former head Roy Price’s mission, mandated by Bezos, to find his own version of “Game of Thrones.” His replacement, Jennifer Salke, said from the TCA stage that she made no distinction between his projects and hers, thinking of all Amazon shows only as “ours.” While some might be dubious, Salke has, indeed, renewed “Carnival Row” and “The Boys,” the former renewal coming even before the show launched; though they weren’t her projects, they seem potentially big enough to provide, in the terms Salke used to describe Prime Video, value to Amazon’s customers.

And before that, Price had nurtured boutique series like “Transparent.” That series is slated to end in September with a feature-length musical episode. Its ending brings home quite how much Amazon has evolved, even if its trajectory remains less-than-clear. In the five years since the Jill Soloway series launched, streaming has evolved from a place for niche programming to the beast that devoured the entertainment industry, and Amazon has chased major names and properties as much as any player has. “Transparent” — with its finely-wrought performances, zeitgeist-courting subject matter, and critical and Emmy success — made Amazon’s name. And, without A-list talent like Waithe or Lively or an action or fantasy component, it would be of vanishingly low priority were it pitched there today.

Fittingly for an era in which the ground seems to be shifting more rapidly than ever, change has been a theme of the TCAs so far. Previously, HBO presented a post-”Game of Thrones” slate that included would-be world-conquering shows “Watchmen” and “His Dark Materials,” both big and fantastical adaptations of well-loved pieces of literature. The desire to find a show with the elemental appeal of “Thrones” pulsed under the day, even as trickier aspects of “Watchmen,” whose first episode sets forth a world with complicated and difficult-to-parse racial politics, made clear how hard it is to craft a mass-appeal hit even when using the tools of genre.

But “Watchmen,” however it performs once it launches, would seem to fit into HBO’s generally-defined brand of risk-taking adult drama. Amazon has a brand, too — for one thing, it doesn’t have enough programming to be a true catch-all like Netflix — but that brand has grown less clear over time, and indeed seems bifurcated. It’s divided between the soft comfort-TV appeals of “Modern Love,” fashion shows, and Mrs. Maisel and the hard-driving and somewhat nasty edge of “The Boys” and “Good Omens.”

In some ways, having siloed-off audiences within the Amazon viewership would seem like a way to reach more people. But on the other hand, the streamer would also seem to have to start from scratch each time it launches a new series; the absence of a clearly-understood sort of show Amazon is consistently good at means that each new show needs to be aggressively sold rather than finding its audience organically. And shows that don’t fit into either Amazon’s latter-day tentpole model or its current one can get lost: It’s hard not to feel like last year’s “Homecoming,” for instance, might have connected more broadly with the zeitgeist on a network or service in which it fit more naturally.

But other shows on Amazon do break through: The recent exuberantly overperforming Emmy success of “Fleabag,” for instance, made perhaps the strongest case yet for the power of Amazon to unite audiences around an unlikely property. Salke, from the stage, said that while “Fleabag” seems very likely to be conclusively over, she “dreams of wiggle room” and is in contact with creator and star Phoebe Waller-Bridge, calling herself “basically her stalker.” Keeping Waller-Bridge in the fold for whatever she may do next is a good goal; so, too, would be looking beyond very familiar names and fictional properties to find a creator with the low profile, and the incisive talent, of Waller-Bridge when “Fleabag” first aired in 2015. The show, then, felt like a discovery — one that served a brand that was more about curiosity and risk than in the safety of blue-chip names and titles. That was a couple Amazons ago — one that was in a less competitive landscape, and that had the luxury to be weird, to serve its audience instead of customers.