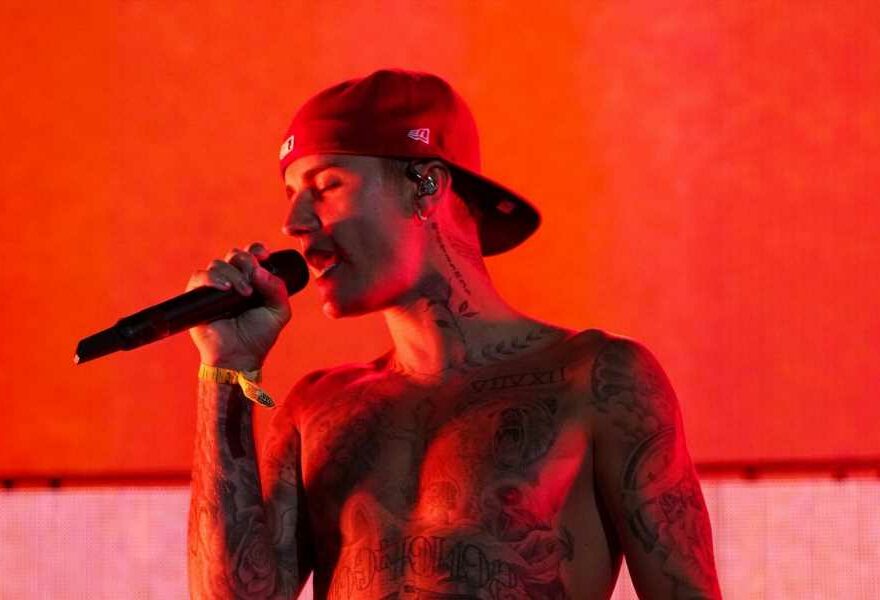 On Friday, Justin Bieber took to Instagram to reveal to his fans that he would have to cancel upcoming dates for his world tour due to health issues. The health issue, he said during his Instagram Live, was a diagnosis of Ramsay Hunt Syndrome, a complication of the shingles virus that results in facial paralysis. Ramsay Hunt is triggered by the varicella-zoster virus, the same virus that causes shingles, which is in turn caused by the same virus that causes chicken pox. If you contracted chicken pox as a kid, the virus remains dormant in your system, thus putting you at risk for developing shingles later on in life. “I’m just physically not capable of doing [the shows],” Bieber said on Instagram Live. “This is pretty serious, as you can see.”

We Let Monkeypox Spread for Too Long. If It Infects Our Pets, There's No Getting Rid of It

Meet the Creators and Activists Leading Social Media's Next Wave

Bieber’s health disclosure prompted a flurry of explainers across the internet, with many news outlets explaining what Ramsay Hunt Syndrome is, what its symptoms are, and how to treat it. It also prompted anti-vaxxers to wildly speculate, based on very limited evidence, that Bieber had contracted the virus as a result of getting the Covid-19 vaccine.

“Everybody pretending Justin Bieber isn’t vaccine injured. The denial is way too deep,” reads one tweet with more than 3,400 shares. Many also connected Bieber’s illness with the fact that his wife, Hailey Bieber, developed a blood clot that traveled to her brain, requiring her to have surgery back in March. (Hailey spoke about this shortly afterward, claiming the blood clot was a perfect storm of multiple factors, including having taken birth control pills — a known risk factor for clots — taking a transcontinental flight, and having recently had Covid.)

TikTok also became a petri dish for such conspiracy-mongering content. “Both Hailey (clot) and Justin Bieber are having SEs [side effects],” one user wrote in the caption to her video, along with an emoji of a syringe. “GUYS, WAKE THE FUCK UP.” Many of these videos are under the #ramsayhuntsyndrome hashtag on TikTok, which currently has 34 million views, though they have been getting comparatively few views and are not at the top of search results.

To be clear, there is no evidence that Bieber’s diagnosis is an adverse effect of getting the Covid vaccine, in large part because there is no evidence that he has been vaccinated to begin with. Though he does require attendees at his concerts to be vaccinated, he has not outright said whether he himself is vaccinated against Covid. He did reveal last February that he had tested positive for Covid, and it is plausible that could have triggered his most recent health issues, says Dr. Katrine Wallace, aka Dr. Kat, an epidemiologist who debunks anti-vaccine and health-related misinformation on TikTok.

“Any stress to the immune system can cause a reawakening of the virus dormant in the nerves,” says Wallace. “It can be Covid. It can be any viral infection.” She says she has also spoken to people undergoing significant life stressors, such as a divorce or a move, who have subsequently contracted shingles.

According to Gerald A. Evans, MD, chair of the division of Infectious Diseases at Queen’s University and Kingston Health Sciences Centre, many anti-vaxxers are likely confusing Ramsay Hunt with Bell’s palsy, another condition that affects the motor nerves in the face and has multiple causes, including Lyme disease. There have been a handful of reports that the Covid vaccine can trigger Bell’s palsy, he says, though it is extremely rare. But Bell’s palsy is distinct from Ramsay Hunt, however, in that Ramsay Hunt is triggered by the varicella-zoster virus and is marked by blisters and rash in the ear, which Bell’s palsy is not.

“It’s very unlikely,” Evans says, that Bieber’s Ramsay Hunt syndrome was triggered by a vaccine. “Everyone has to stop speculating,” he says. “They’re not his doctor.”

People saying that Justin Beiber’s Ramsay hunt syndrome was caused by the COVID-19 vaccine don’t understand that this is a vaccine preventable condition, and an example of why vaccines are important! #Chickenpox #Varicella #VaricellaVirus #VaccinesAreSafe #Vaccine #JustinBieber #Virus #RamseyHuntSyndrome #shingles

Many accounts have shared small studies indicating that receiving the vaccine has been linked to Ramsay Hunt to support this argument. The most commonly shared paper, however, is a case study out of Hong Kong, based on one 37-year-old man developing Ramsay Hunt after receiving the vaccination — hardly representative of a larger phenomenon. Another review published last year looked at the link between Covid-19 and the virus that causes shingles, based on 54 reported cases; it found that it “could not establish [a] definite link” but suggested there may be a “possible association” between the vaccine and the virus, though it merited much larger-scale review.

“Current evidence is not sufficient to attribute a definitive link between the shingles (VZV reactivation) and the Covid-19 vaccine,” Wallace says, pointing out that a person cannot acquire shingles from a Covid-19 vaccine in the first place; the virus must already be dormant in their systems. “Even if there is an association, it is a rare side effect, and the benefits of vaccination outweigh the potential risks.”

At the end of the day, Bieber’s case may be more of an argument for vaccines than against them. There are widely available vaccines for chicken pox and shingles, with the former being 90 percent effective at preventing chicken pox. The widespread speculation over whether his particular health issue is related to vaccination is also not specific to him, with similar baseless rumors spreading following the deaths of fellow celebrities Bob Saget and DMX last year.

“People need to feel like they’re in control in this out-of-control situation,” Wallace says of the recent onslaught of vaccine-related misinformation. “The science is difficult and cumbersome. It’s easy to believe all the problems rest in a vaccine because that is something you can just decide not to do. So people keep coming up with newer and more bizarre theories.”