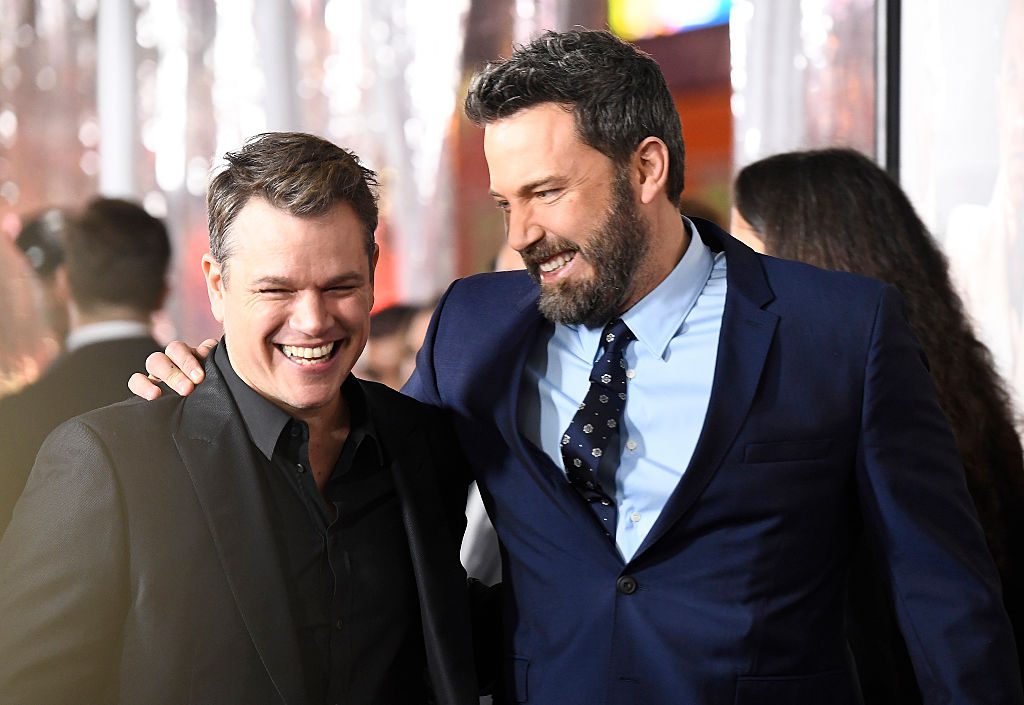 Since the mid-90s, Matt Damon and Ben Affleck have been known around the world as two of the most talented actors in Hollywood. Not only do they both have successful careers, but they are also best friends. Many people have thought that the dynamic duo acted more like brothers than they did just friends. For a while, it was almost impossible to spot one of them at an event without seeing the other one close by.

It has been over 20 years since they starred in one of their most popular movies together, entitled Good Will Hunting, which was an instant box-office hit. Now that they are older, and both have families of their own, many people are curious to know if they are still friends and still hang out on a regular basis. Well, here is what we know about Damon and Affleck’s friendship from the past to the present.

How did Matt Damon and Ben Affleck meet?

Damon and Affleck have been friends since they were children. The pair grew up together in a tight-knit community in Massachusetts and became friends when Damon was just 10 years old and Affleck was only 8 years old. The pair attended school together and were able to quickly bond over their love for acting.

In an interview with Entertainment Tonight, Damon recounted his and Affleck’s friendship, saying: “I’ve known him for 35 years, and we grew up together. We were both in love with the same thing – acting and film making. I think we fed on each other’s obsession during really formative, important years and that bonded us for life.”

Because Damon is two years older than Affleck, he was the first to leave for college, which left Affleck all alone back in high school. Although leaving his friend behind was probably hard for him, Damon leaving for college would turn out to be the first step that was taken on the road to fame for both.

Damon attended Harvard University in pursuit of an English degree. However, he was also still actively trying to pursue an acting career and ended up dropping out of the prestigious school so that he could take a role that was offered to him in the movie Rising Son. Before he dropped out, however, he was able to complete an assignment for one of his classes where he had to write a short screenplay.

A couple of years later, he found himself living in LA and his childhood friend, Affleck, would come and stay with him and ultimately end up sleeping on the couch. While the two lived together, they were both constantly going to auditions, trying to get any role they could. While they were both actively pursuing their careers, Damon had shown Affleck the screenplay that he had written in college. Together, Damon and Affleck continued to work on Damon’s assignment until they had a full-length script that they titled Good Will Hunting.

Good Will Hunting went on to not only be one of the most iconic movies of the decade but also allowed them to win their first Oscar.

I think the smiles give away how happy they are <3

In the past, Affleck has had to battle his alcohol addiction. In 2017, he decided that it was time to seek professional help for his addiction and he checked himself into a rehab center. US Weekly had reported that while Affleck was working on his recovery, Damon was by his side, supporting him every step of the way.

Recently, Damon was spotted leaving Affleck’s home in Los Angeles. It’s not clear why exactly Damon was at Affleck’s house, but whatever the reason, it is obvious that these two BFFs are still as close as ever.