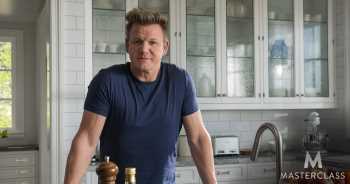 Superstar TV chef Gordon Ramsay has returned to WME for representation after eight years with CAA.

WME will represent Ramsay and his production company, Studio Ramsay, in all areas. Ramsay is one of the most recognizable names in the culinary world after establishing himself as a TV star in the U.K. and U.S. Studio Ramsay is revving up its production slate, which has included the Fox series “Gordon Ramsay’s 24 Hours to Hell and Back.”

“With a prolific slate of shows in production, we welcome their expertise to catapult Studio Ramsay on a global scale,” said Elvia Van Es Oliva, U.S. exec VP of Studio Ramsay.

In the U.K., Ramsay’s TV output is even more prolific. Studio Ramsay is behind the daytime cooking series “Culinary Genius,” for ITV (which aired in syndication in the U.S.), ITV’s “Gordon on Cocaine” and the children’s series “Matilda and the Ramsay Bunch,” starring his daughter Tilly for children’s channel CBBC.