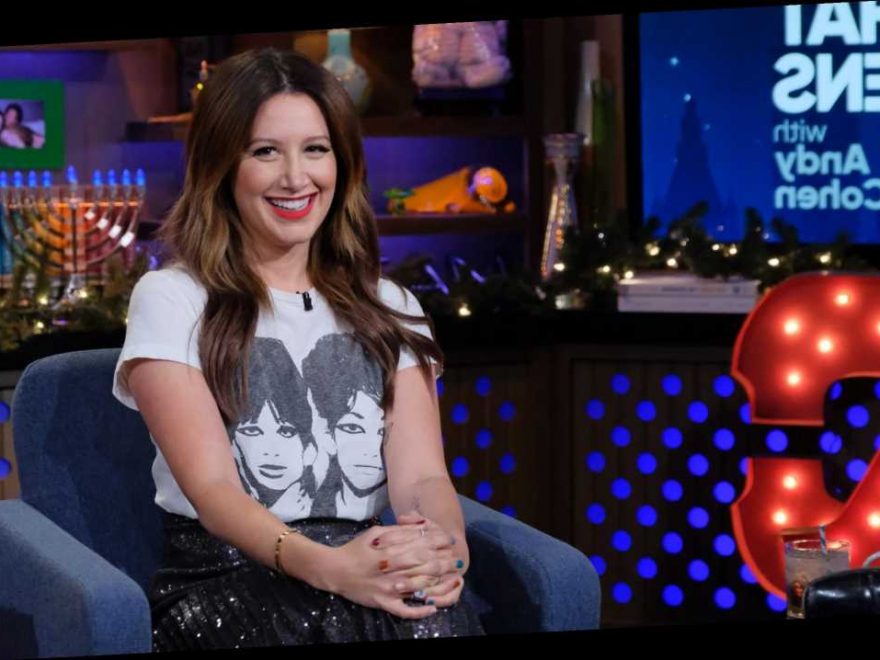 It's only been a day since Ashley Tisdale announced that she and her husband, Christopher French, are expecting their first child, but in a post on her blog, Freshne, Tisdale explained having a baby on the way didn't necessarily make her feel like celebrating all the time. Tisdale wrote that before she revealed the big news, she was bombarded with questions about when she'd be having a baby — and before that, when she was engaged, she kept getting asked when she'd get married. The people around her didn't let her enjoy the moment, she says, and eventually, it felt "invasive."

"[After] I got engaged EVERYONE (and I mean everyone!) asked when I was getting married," she wrote. "Then, once I was married, everyone was asking when I was having kids. To be honest, it just felt invasive. I wasn't ready for that step yet and I wanted to be selfish and have Chris all to myself for a while."

Tisdale and French celebrated their sixth wedding anniversary this year, E! News reports. Tisdale added that she and French were ready to start a family because they felt they'd established a strong enough connection.

"After six years of marriage, we built a strong foundation, and the timing just felt right," Tisdale continued. "I gave it to God and the universe and honestly didn't feel stressed about it and then it happened very quickly."

She finished her post by saying that she's excited to see what comes next and that she'll be sharing everything with her readers so that she can share what she learns and learn from her fans, too.

"I'm excited about this new adventure, and I’m being very optimistic with every step. You know, as part of my non-toxic journey I'll be researching so much and I'm also excited to learn from others as well," she wrote. "Chris and I are so excited and are fully embracing and celebrating this monumental moment. I love you guys and I’m so excited to have you part of this ride!"