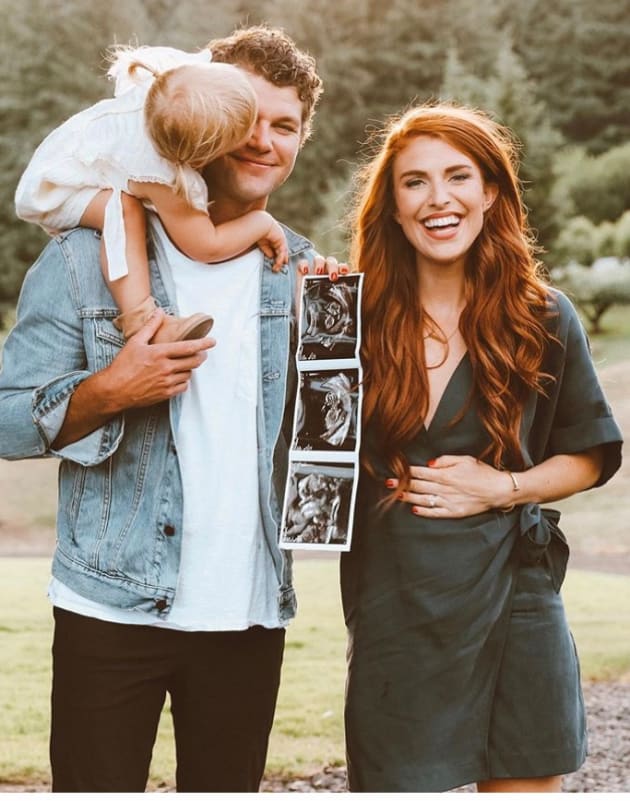 The Little People, Big World stars are happy to announce that their world is about to get even bigger as they are expecting their second child together.

That’s right, Audrey Roloff is pregnant and shared the big news online Monday as she held her belly bump and showed off the new baby’s sonogram.

She, Jerem  and 22-month-old daughter Ember all smiled big for the Instagram pic, as you can see above.

“Baby #2 is coming in January!!!” Audrey wrote in the caption, keeping it simple and straightforward.

“Ember is gonna be a big sister! We are so grateful and excited for this little blessing to join our family.”

This good news is a major shift from Audrey’s recent post where she opened up about her and Jeremy’s marriage issues.

While many fans were expecting a divorce announcement, a baby announcement was delivered instead. (yay!)

“To be honest, the last few weeks have been hard on our marriage,” she began her lengthy caption last week, warning her followers it was a “vulnerable post.”

“We have been working through some things and let’s just say there has been a lot of ‘heated fellowship’, morning hugs missed and date nights postponed.”

“We are overworked and exhausted from the pace we’ve been running for too long,” she admitted.

“We know we need to slow down, but as Dallas Willard puts it, ‘we intend what is right, but we avoid the life that would make it a reality.'”

“Instead, we keep running, keep pushing, keep producing and keep squeezing all the margin out of our lives,” the former TLC personality continued.

“It’s robbing our joy, stealing our peace, and hindering our ability to love,” she even went on to remark.

The author, who recently wrote a memoir with Jeremy about their relationship and their overall views on marriage, explained to fans that what you see is not always what you get on social media.

“If you’ve ever looked at or read a post from us and thought ‘They must just have it all together,’ Volume up for this one… WE DON’T,” she said.

“We fight, we struggle, cry, and face challenges just like anyone.”

“I’m saying this here because if you look at my Instagram feed from the past 3 weeks you don’t see the long tearful conversations, the hurtful remarks, the compiling complaints”…

…”the critical spirits, the prideful inner dialogue, or our unloving and disrespectful attitudes,” Audrey shared. “You don’t see the full picture.”

However, after seeing the family’s most recent picture, we think it’s safe to say some brighter days are ahead for the parents.

Radar Online reported that the couple decided to leave their reality show last year in hopes of focssing on a new career goal as social media influencers. They also started a podcast and wrote the aforementioned book.

“After 14 years, over 300 episodes, and 17 seasons, the time has come,” Jeremy wrote to his personal IG page about a year ago.

“A year ago I made the decision that this season would be our last.”

“It has been an amazing run, and I can’t say thank you enough to all of you who have watched and supported us along the ride,” he said.

Congratulations to Audrey, Jeremy, and baby Ember as they approach this next exciting chapter of their life!

We wish Audrey the happiest and healthiest pregnancy possible!

Jeremy Roloff Confesses to “Rough” Stretch in Marriage, Thinks He Has a SolutionStart Gallery