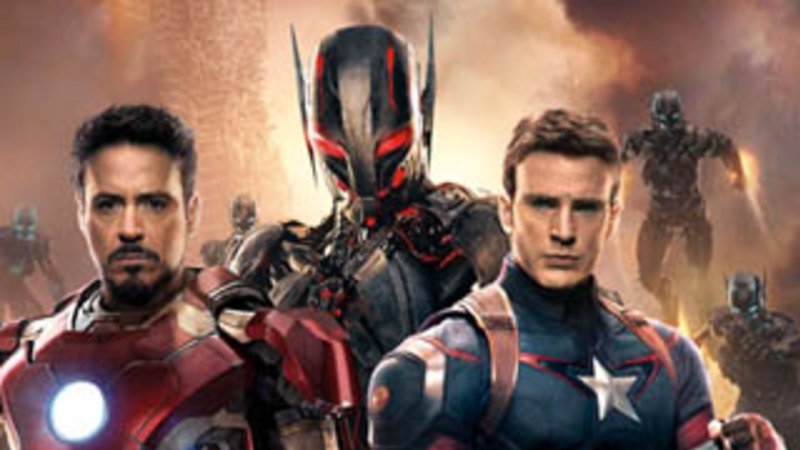 With 23 blockbuster movies and counting since 2008, the Marvel Cinematic Universe has created a cosmos of big stars, from the misfit crew of Guardians of the Galaxy to the high-profile African superhero of Black Panther. Just imagine a pop culture without these films: Iron Man wouldn't be a household name like Batman or Superman, Ultron would just sound like a bathroom cleaner and certainly nobody would know what the heck "I am Groot" is supposed to mean. 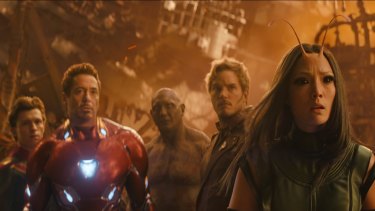 The newest effort Spider-Man: Far From Home is the second solo adventure for Tom Holland's teen web-slinger, but how does it fit into this seemingly never-ending superhero saga? Here's the definitive ranking of all the Marvel movies so far:

Before ultimately being replaced in other movies by Mark Ruffalo, Edward Norton starred as scientist Bruce Banner in this odd duck from the nascent MCU. This mostly forgettable affair exists to serve as a reminder that we still deserve a good solo Hulk film one day.

The results are only so-so as Tony Stark tussles with PTSD, criminally underused antagonist Mandarin (Ben Kingsley) and yawn-worthy villain Aldrich Killian (Guy Pearce). The threequel also proved that, yes, too many armored suits are a bad thing — heck, even Gwyneth Paltrow gets one.

Chris Hemsworth's thunder god has a sequel that's a blender of familiar fantasy tropes as Thor and love interest Jane Foster (Natalie Portman) have to deal with a dark elf with an Infinity Stone. Tom Hiddleston's iconic trickster Loki is in fine form and the film's highlight in every way. 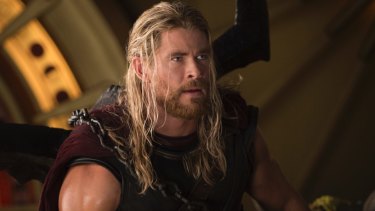 Not Marvel's greatest solo movie, but certainly one that takes some admirable swings. A quasi-family drama that boots Thor from the realm of Asgard to Earth in fish-out-of-water fashion so he can be worthy of his mystical hammer, Mjolnir. 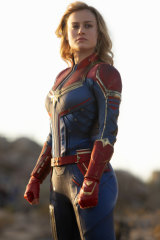 Brie Larson in a scene from Captain Marvel.Credit:Disney-Marvel Studios

Bursting with a packed ensemble, it's lacking the superteam mojo of the first Avengers. Only when we see Hawkeye (Jeremy Renner) and his secret home life do we get that great Joss Whedon touch. Also: Bless James Spader's heart for being the world's snarkiest killer robot.

Brie Larson's photon-blasting space warrior debuts in a 1990s nostalgia-fest that's part Guardians of the Galaxy and part Memento: Carol Danvers has to figure out her own mysterious human identity while also warding off an alien menace to Earth. Larson's OK but you'll really dig the sweet relationship between youngish Nick Fury (Samuel L. Jackson) and Goose the cat.

The satisfying sequel doubles down on all the aspects that made the original Ant-Man joyful with one big (or, small, depending on how you look at it) addition: Evangeline Lilly debuts her winged and awesomely rough-and-tumble Wasp on an adventure that takes its size-changing heroes from San Francisco to the Quantum Realm.

Thor and Hulk make a dynamic duo in the best Thor solo film (and funniest Marvel project), and anything with the two of them is magic. It's just too bad the larger narrative featuring a hostile takeover by goddess of death Hela (Cate Blanchett) takes a backseat to the various shenanigans.

Benedict Cumberbatch gets a fantastically weird and trippy introduction to the MCU as a sorcerer supreme who goes from rich jerk to humbled hero. It's a magical version of Iron Man's origin and some gags are overly goofy, yet the filmmaking wizardry and effects are second to none. 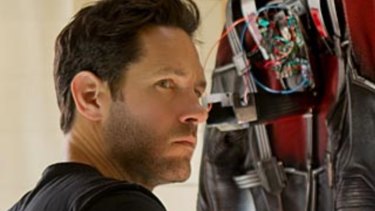 The heist comedy with a super-shrinking dude was a bigger risk than "Guardians of the Galaxy." Paul Rudd, Michael Douglas and Evangeline Lilly are great together, though, and Marvel gave us something we hadn't seen yet: a hero who's also an ex-con dad.

Puppy love and summer flings abound when Holland's Peter Parker goes on a European vacation to spend quality time with his crush MJ (Zendaya) and instead gets thrown into a few international incidents. High-school high jinks keep it lighthearted, while Jake Gyllenhaal makes an over-the-top splash as the enigmatic Mysterio.

The beginning, the kickoff, the OG. A crew of Avengers was probably still a pipe dream for fans and most of Hollywood when Robert Downey Jr. first put on the Iron Man suit, but from the start, the signature swagger, attitude and swig of humility he gave Tony Stark set the tone for everything that was to come.

Spider-Man, Spider-Man, does whatever a spider can — and when you're the newest version of the teen hero, you also deal with balancing extracurriculars, getting a date for the big homecoming dance, trying to impress Tony Stark and fighting the Vulture in an epic young-adult adventure. 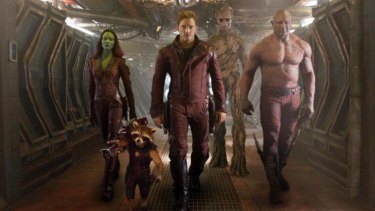 Misfits on a mission: Chris Pratt leads the Guardians of the Galaxy.

Marvel nailed the origin story of Steve Rogers (Chris Evans), the little guy whose heart was bigger than his biceps until a super-soldier serum pumped him up. It offered a great World War II aesthetic, two-fisted adventure and a moral code that created an intriguing thread for his next two movies. 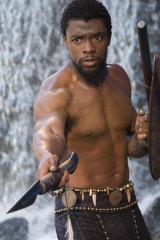 They had us at "Kurt Russell plays a living planet." The gravy is everything else: adorable Baby Groot dancing in the middle of a space battle, Dave Bautista's Drax being the buff, oddball voice of reason, and Michael Rooker's space outlaw Yondu stealing the show.

The third Avengers film is the all-night buffet of superhero fare, with a slew of folks rallying to fend off Thanos, a dude bent on destroying half the universe. It's all pretty tasty, though, with great one-liners, a narrative where good people make some bad decisions, and a stupendous cliffhanger that you'll love to hate.

From hanging in 1990s Oakland to flying through futuristic present-day Africa, the first solo film for Chadwick Boseman's warrior king is a magnificent journey with awesome set pieces (including a car chase through South Korea that'll leave you breathless) and a near-perfect villain in Michael B. Jordan's Erik Killmonger. Wakanda forever!

Joss Whedon's jam-packed ensemble completely lived up to its giant-size expectations. While the heroes-batting-each-other trope is starting to get played out, the excitement is palpable and fanboy hearts melt when hammers and shield fly as Iron Man, Cap and Thor meet.

Personal and political stakes are at play as Cap chooses his best friend (and brainwashed assassin) over Iron Man, blowing up the Avengers dynamic. Plus, it has the an awesome superhero battle and memorable intros for Black Panther (Chadwick Boseman) and Spider-Man (Tom Holland).

Marvel's greatest-hits compilation is also a secret handshake of sorts for long-invested fans, with three hours of rousing storytelling starring Earth's mightiest heroes that pays off everything that came before it with callbacks and cameos. The climactic battle will knock your socks off, though you'll need a couple of hankies by the uplifting yet heartbreaking finale.

Fantastic tunes, a strange cast of characters that inexplicably works, and a story where you're hooked on a bunch of feelings, from the emotions of young Peter Quill crying over his dying mother to the hilarity of grown-up Peter (Chris Pratt) explaining Footloose to new pal Gamora (Zoe Saldana). We are Groot, indeed. 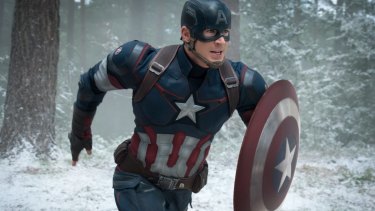 More political thriller than superhero blockbuster, Captain America's second solo film — and the best Marvel jam of them all — taps into timely themes of privacy concerns, an enemy growing from within, and military might used in ethically questionable ways. Come for the timeliness, stay for Cap wrecking a bunch of guys in an elevator.