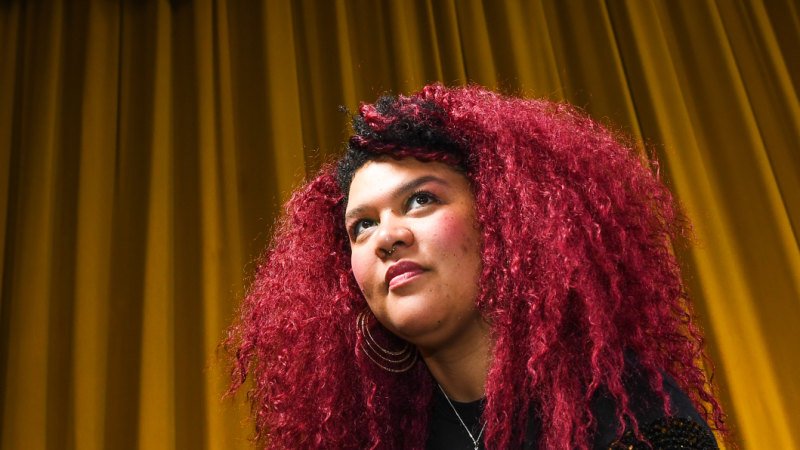 The serene surrounds of Campbelltown Arts Centre’s Japanese Gardens in south-western Sydney might seem like an unusual spot to start a revolution, but that’s where South African-Australian writer, director and performer Candy Bowers first envisioned One the Bear, her rabble-rousing call-to-black-arms for teens.

“I grew up in Campbelltown and have this really beautiful relationship to the arts centre,” she recalls. “As I sat there working on this, I was confronted by all these little versions of me everywhere and I thought, ‘Aww, shit – this is what I would have wanted to see when I was a teenager!’ I don’t know who I would be if I were watching [Netflix series] Dear White People and She's Gotta Have It back then.”

In Australia, there's this apartheid vibe … We don't live in equality.

In an empowering hip-hop fairytale set in a rubbish tip, Bowers plays the eponymous bear, One, alongside African-American Ashleyrose Gilham’s Ursula. Best friends and orphans, they resist a world in which the "hunters" have taken their freedom and their fresh fish – feeding them fish fingers instead.

Created with Bowers’ sister and Black Honey Company co-founder Kim "Busty Beatz" Bowers, a composer and sound designer, the decolonising tale debuted in Campbelltown before moving to Brisbane’s La Boite theatre in 2017. It will be restaged in August at Arts Centre Melbourne as part of its showcase of First Nations and global voices, Big World, Up Close. 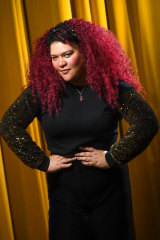 "Immersing in these stories from the black and brown diasporas, I get to live my dreams,” Bowers says when we meet for coffee in Northcote’s Tinker cafe. Her determination to tackle the lack of those voices on our stages is utterly energising.

“In Australia, there’s this apartheid vibe,” she says. “We [diaspora communities] have to be acceptable. We have to assimilate. We have to pretend that we live in equality.

"And I’m like, equality would mean seeing someone like Lizzo in Summer Bay when I was growing up. Equality would have meant growing up knowing about [Indigenous] sovereignty, and that it hasn’t been ceded.

"No, we don’t live in equality. One the Bear unravels that.”

The show is also a clarion call for body positivity, friendship and authenticity, as One find herself suddenly whipped up into the maelstrom of celebrity.

“You’ve got two black women from the African diaspora using hip-hop to address the way our bodies and butts are used, so as One grows in fame, all of a sudden the hunter community starts getting bear-tail cosmetic surgery. They get [to wear] the tail without the oppression, so we can talk about lips and butts and Kardashians and stuff like cultural appropriation.” 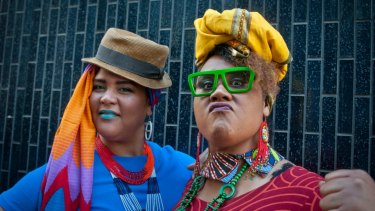 Candy Bowers, left, with co-creator and sister Kim, who wrote the music for One the Bear.Credit:Robert Shakespeare

One the Bear is a fairy tale … about losing yourself completely to an image, which I think so many young people are going through.

“The work really sits in that beautiful visual theatre/music space,” Bowers says. “Every single one of the designers on my team are also activists, so that’s just embedded in the work and is really yummy.”

While One the Bear is aimed at a younger audience, Bowers isn’t afraid to take them to darker places.

“That’s why I’ve called it a fairytale,” she says. “Our fairytales were dark; we had monsters. This one’s about losing yourself completely to an image, which I think so many young people are going through. A lot of people are unhappy because that’s so deep in them, so this play hopefully gets in there early, so they have something to push against.”

Judging by post-show chats at Campbelltown and La Boite, the kids are all right with it.

“This really cool thing happened where everyone is seeing and getting what they need [out of it]. I definitely see adults get scared around big concepts, whereas young people just want to get in there and talk about it.”

As Bowers sees it, a narrow view of this country hurts everyone.

“When you look at colonisation and what it actually means, how it affects everybody – even if you are in the dominant demographic – the whole model leaves us in this hardline system that, unless we break it, means there is no future.”

One the Bear is at Arts Centre Melbourne, August 8-10, as part of Big World, Up Close. artscentremelbourne.com.au