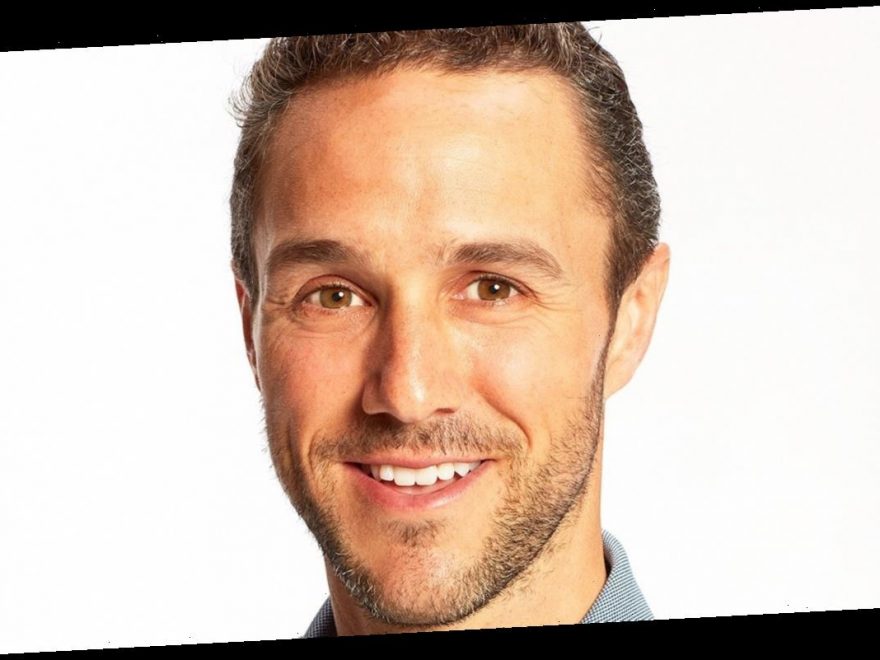 Zac Clark just gave his most candid interview yet regarding his struggle with addiction. The Bachelorette season 16 winner recalled convincing a surgeon to remove his gallbladder to get painkillers during a chat with ABC News’ Elizabeth Vargas.

Everything Zac Clark Has Said About His Sobriety

“It was in between the time I had gotten married and going to treatment for the first time. I’d had a brain tumor a couple years earlier. That’s when I started really experimenting with the painkillers. And they remained around and, in my life, and then eventually I got hooked in there at some point,” the 37-year-old addiction specialist said on the “Heart of the Matter” podcast on Tuesday, February 9, noting he went to “any lengths for the next high” at the time. “I’ll never forget, I went to an Eagles game on a Sunday and overdid it, which basically means I did all my drugs. So, I woke up Monday morning with nothing left and I was sick. … I had this crazy thought.”

Clark, who got engaged to Tayshia Adams on the December 2020 finale of The Bachelorette, explained that he went to the hospital to “talk a doctor into” giving him medication.

Stars Who Revealed They Got Sober

“I didn’t know what my plan was. And then I think dehydration or something kicked in and I felt my side. I was like, ‘I think I can figure something out here.’ I think I googled whatever symptoms I had to google,” he said. “I’ll never forget – I probably owe this guy an apology – but the doctor walked in. He’s from my hometown. So, I knew in that moment that I’m good because he’s gonna believe me. I’m going to schmooze him. And sure enough, he was giving me Dilaudid within a half hour and I ended up going through with the surgery.”

Vargas asked for clarification: “You had the surgery? You had your gallbladder removed just so you can get pain pills?”

Clark replied, “That is correct. … Right before [they put me under], the doctor looked at me in the eye and he goes, ‘You know what we’re doing today, right?’ I said, ‘Yeah, you’re taking my gallbladder out.’ He said, ‘Before I put you under, I just want to make sure you want to go through with this.’ And I was like, ‘Yep.’ And I did it. It was nuts.”

The America’s Most Wanted host thanked Clark for sharing. “I don’t think people really, really understand the depths that people will go in the grips of the disease of addiction to get what they need. I mean, that’s an incredible story,” Vargas said.

Clark was open about his struggle with substance abuse as he pursued Adams, 30, on The Bachelorette.

“She’s a total sweetheart,” he gushed on the podcast. “And she was attracted to it because of all the reasons you should be attracted to it. I know who I am. I know what I’m saying. I can show up. All those kinds of things.”

Bachelor Nation’s Mugshots Over the Years

On the ABC series, Clark revealed that his first wife, Jennifer Stanley-George, pulled the plug on their brief marriage after he got a DUI.

“Me and my wife had signed a contract my first time in treatment. And I thought the thing was bulls—t, right? I was like, ‘Yeah, I’ll sign this contract [that said] if you get high again, I’m going to kick you out.’ And sure enough, about two weeks after getting out of treatment, I was trying to get high,” he told Vargas. “She walked down, caught me, and she kicked me out that night. She was done. She kept her boundary, her dad drove down. That was the last night I slept in that house. So, I always tell her she saved my life because she was the first person to really tell me that like, you know, the party’s over. Just an amazing job by her of just setting the boundary.”

Clark and Stanley-George, who told Us Weekly in an exclusive interview that she doesn’t even remember his DUI, separated in January 2011 after less than two years of marriage. The college sweethearts finalized their divorce in February 2012.

“From that point – for the next eight months, it got pretty ugly and pretty dark. I mean, most of my friends weren’t talking to me,” Clark recalled on the podcast. “My parents are the best. They’re my heroes. My mom got to a point where it was just hard for her to even communicate with me. And so, my dad was really the guy that kind of hung in there and stayed on the ropes with me until the very end.”

If you or someone you know is suffering from substance abuse, please call SAMHSA’s National Helpline at 1-800-662-4357.