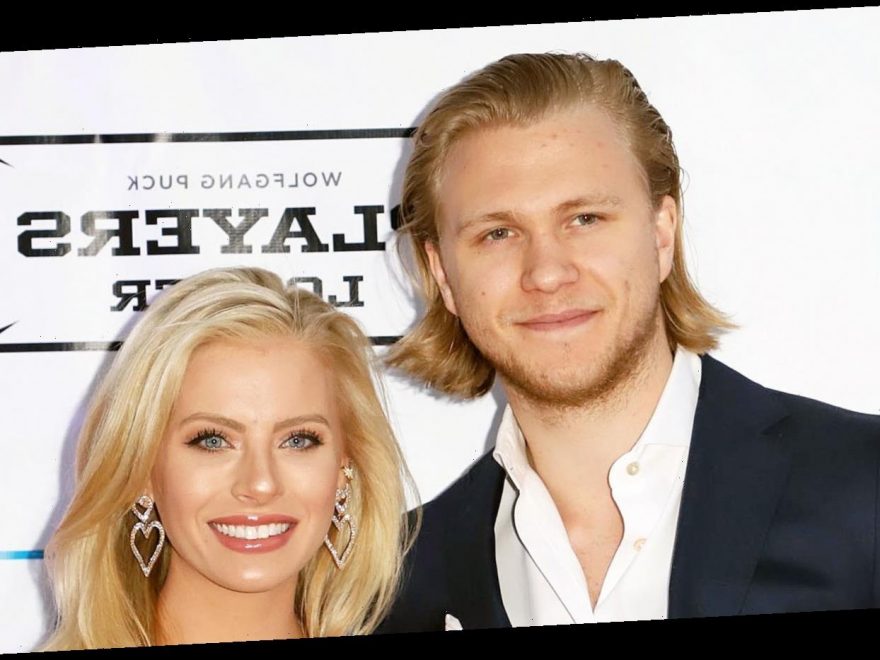 One of the Fergie twins is officially off the market! Emily Ferguson is engaged to hockey player William Karlsson.

Season 20 of ‘The Bachelor’: Where Are They Now?

“I SAID YES! I get to marry the man of my dreams ❤️💍,” the 28-year-old reality TV personality wrote alongside a picture with her Swedish fiancé on Sunday, December 13, via Instagram. “This is a moment I’ve dreamed of since I was a little girl and it’s more than I could have ever imagined because it’s truly with my perfect person. I can’t wait to grow old and laugh with you forever 12/11/2020.”

Karlsson, 27, who plays for the Vegas Golden Knights, shared the same snap of Ferguson showing off her new rock, writing, “She said YES!! 😍😍.”

Alongside twin sister Haley Ferguson, Emily competed for Ben Higgins’ heart on season 20 of The Bachelor in 2016. The sisters subsequently appeared on seasons 3 and 4 of Bachelor in Paradise. While Emily started seeing Karlsson in 2017, Haley returned for another stint in Mexico during season 6 of BiP in 2019.

“My sister is an ENGAGED WOMAN!!! Congratulations to you and William 💍,” Haley wrote on Sunday via Instagram. “Love you weirdos and can’t wait to celebrate when I am home having some serious fomo!”

In addition to sharing photos from the proposal, Haley shared a picture of her and boyfriend Oula Palve FaceTiming with the newly engaged couple.

Haley wasn’t the only one to congratulate Emily. Lauren Bushnell, who won Higgins’ season of the ABC series, revealed in the comments section that the news made her cry.

“So happy for you both,” Bushnell, who is expecting her first child with husband Chris Lane, added.

Bachelor Nation Stars Who Found Love After the Show

Amanda Stanton, Becca Tilley and JoJo Fletcher also met the twins on Higgins’ season and gushed over the news.

Following their season of The Bachelor, Higgins and Bushnell landed a Freeform reality show, Ben and Lauren: Happily Ever After? The twosome, who split shortly after season 1, often featured Emily and Haley on the series. The sisters later took over for the former couple, with the network renaming the reality show, The Twins: Happily Ever After? The final episode aired in 2017.