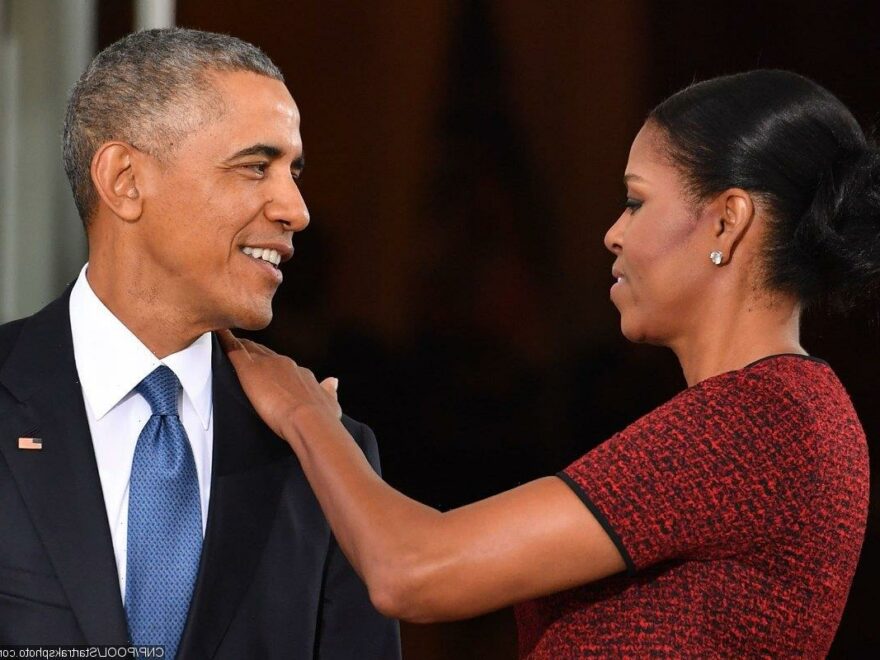 Some netizens are left shocked by the story of the former POTUS who once considered to end his marriage to his longtime partner after losing his congressional run in 2000.

AceShowbiz -Social media users are buzzing on the Internet after they found out that Barack Obama, at one time, almost filed for divorce from his wife Michelle. The story was unraveled in the former POTUS’ memoir titled “A Promised Land”.

On Sunday, December 18, a Twitter user @MsAdaO posted, “[Barack] said he almost filed for divorce but realised how important family was after he lost an election.” The tweet surprisingly reached high engagement though the story was revealed in the politician’s 2020 book.

After their initial post left some social media users shocked and wondering whether the story is true, @MsAdaO further explained in a following tweet, “They’ve both admitted to him being extremely selfish but Twitter people said they had good days and bad days cause women are rightfully critiquing MO’s message of constantly being told to bear all the burden.”

In the memoir, Barack opened up about his and Michelle’s marriage issues after their eldest daughter, Malia, was born in 1998. He explained that he was able to focus on being a father while he was at home with Malia after she was born but once his paternity leave ended and he had to return to work at three jobs, not to mention plan his run for Congress in 2000, he couldn’t spend as much time with his family.

Barack later revealed that his schedule caused rifts in his marriage to Michelle, who didn’t think it was fair that he was devoting so much time to his career. “We began arguing more, usually late at night when the two of us were thoroughly drained. ‘This isn’t what I signed up for, Barack,’ Michelle said at one point. ‘I feel like I’m doing it all by myself,’ ” he penned.

That’s when Barack confessed that he considered ending everything. Their relationship took a turn for the better after Barack lost the Democratic primary race for Illinois’ 1st congressional district in 2000.

Soon after his loss, Barack realized how much his family meant to him. He recalled the feeling when he was flying back on a plane after losing his congressional run. “I was almost forty, broke, coming off a humiliating defeat and with my marriage strained,” he wrote. “I felt for perhaps the first time in my life that I had taken a wrong turn.”