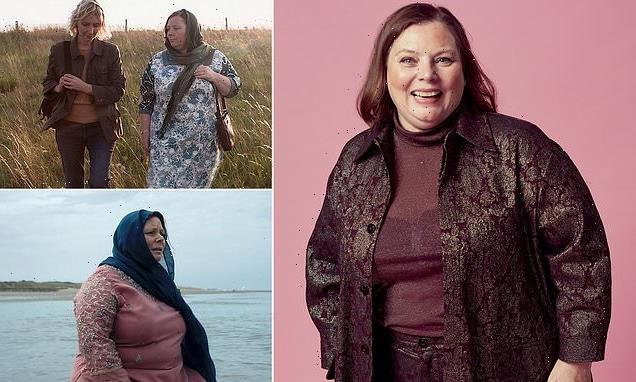 BAZ BAMIGBOYE: How Joanna Scanlan has become a Jack of all trades 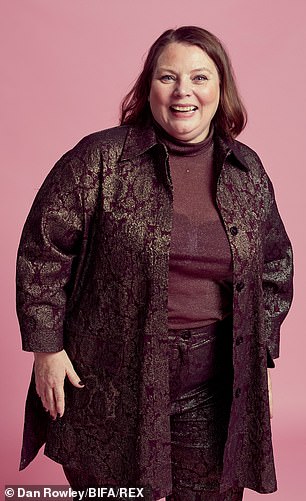 Joanna Scanlan appears in the highly anticipated second season of Gentleman Jack, which has become a global phenomenon

Scanlan appears in the highly anticipated second season of the show, which has become a global phenomenon.

She plays Isabella ‘Tib’ Norcliffe, a ‘wild and great spirit’ who was a friend — and sometime lover — of Anne Lister, real name of Jones’s Regency era ‘Gentleman Jack’.

‘The more you look into the history and reality of what happened, the more exciting it becomes,’ said Scanlan, who described Norcliffe as a ‘hunting, shooting, fishing country landowner’ who enjoyed a good time.

‘She was fearless,’ she told me. ‘A lot of women were doing their own thing — if they were fortunate enough to have the means.’

Such women are rarely heard about today, because of what she termed the ‘Jane Austefication’ of that period, when ‘licentiousness and sexuality’ was frowned upon. But they did exist.

The actress was in an ebullient mood, following her triumph at the annual BIFA Awards last Sunday, where she was named best actress for her acclaimed performance in Aleem Khan’s sublime film After Love. 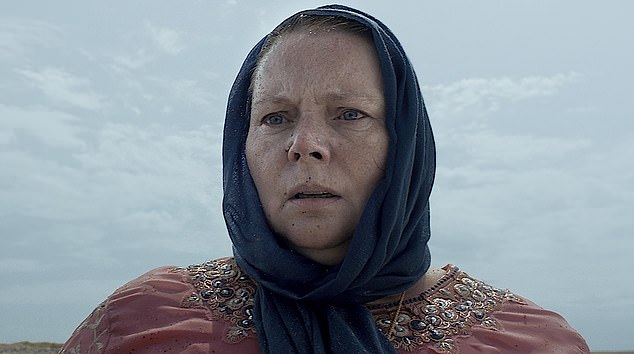 The actress was in an ebullient mood, following her triumph at the annual BIFA Awards last Sunday, where she was named best actress for her acclaimed performance in Aleem Khan’s sublime film After Love (pictured) 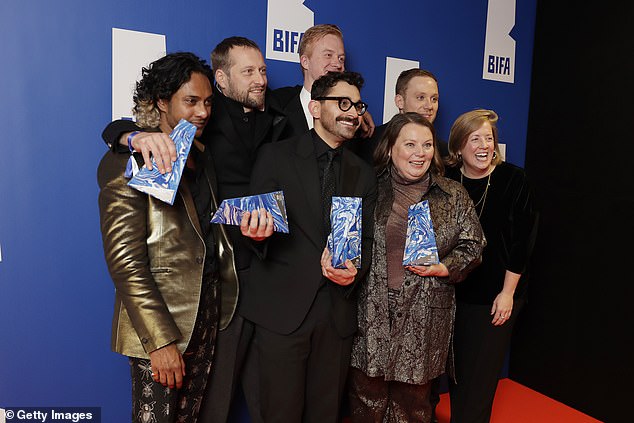 She plays Mary, an Islamic convert who travels to Calais, in an attempt to uncover the truth about her late husband.

Scanlan, who starred in No Offence, The Thick Of It, Getting On and more recently The Larkins (as Ma), has been praised before for big screen performances, as when she played Charles Dickens’s long-suffering wife Catherine, opposite Ralph Fiennes, in The Invisible Woman. But this is her first entry into the UK film awards season.

I sincerely hope the BFI is screening After Love to BAFTA voters.

The actress was speaking to me from Wales, where she has been filming The Light In The Hall, aka Y Golau, a thriller, for S4C and Channel 4.

Shooting the six-part drama is a lengthy process because it’s being done in Welsh and in English. ‘I’m filming in the Welsh language for the first time in my life!’ she told me.

Scanlan, who was born in the Wirral, took part in the Welsh language channel’s Language And Journey programme, where she was taught by Welsh speakers. The filmmakers saw her and offered her the role of a mother seeking restitution following the murder of her daughter 18 years before.

As she was preparing for the role, Scanlan found herself drawn to stories involving the families of murder victims … Bibaa Henry and Nicole Smallman, Sarah Everard, Sabina Nessa … ‘there are, sadly, so many examples,’ she said.

Drifting the night away to a sublime soundtrack

Beverley Knight and her leading men in The Drifters Girl — Adam J Bernard, Tarinn Callender, Matt Henry and Tosh Wanogho-Maud — are heading to the recording studio soon, to lay down the show’s cast album.

Their versions of Drifters hits such as Saturday Night At The Movies and Under The Boardwalk have had audiences jumping out of their seats to dance in the aisles.

The show’s been playing to full houses at the Garrick Theatre and producer Michael Harrison, who is giving the five headliners a share of the profits, has extended the booking period until July 2 — a major vote of confidence at a tricky time for West End productions.

The musical has amended its schedule — effective from February 22 — to include matinee and evening performances on Wednesdays, Thursdays and Saturdays; with single performances on Tuesdays and Fridays, to reflect new audience patterns in London. 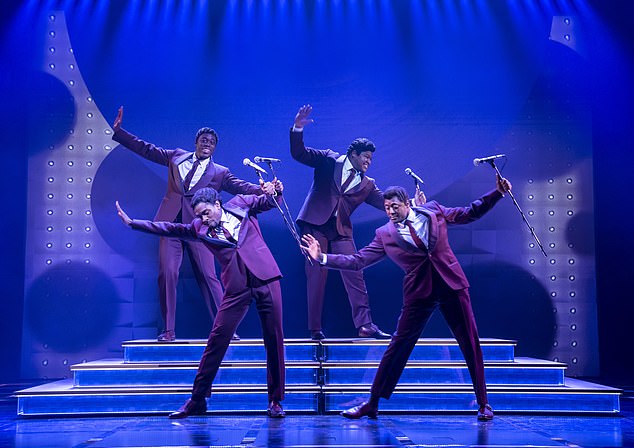 Beverley Knight and her leading men in The Drifters Girl — Adam J Bernard, Tarinn Callender, Matt Henry and Tosh Wanogho-Maud (pictured) — are heading to the recording studio soon, to lay down the show’s cast album

I had John Kerry, the U.S. climate envoy and former Secretary of State, sitting in front of me at the theatre on Wednesday night.

I thanked him for his service, as you do, as we sat down to watch James Graham’s scintillating new play, Best Of Enemies, at the Young Vic.

It’s easy to see what drew Kerry’s interest. David Harewood and Charles Edwards portray American political firebrands William F. Buckley Jr and Gore Vidal, who were pitted against each other in a now infamous series of televised verbal fist fights during the hotly contested 1968 Republican and Democratic presidential conventions (which went for Richard Nixon and Hubert Humphrey).

I could see Kerry, himself a one-time presidential candidate, nodding in agreement — and letting out the occasional laugh — as events he was familiar with unfolded.

The drama, a co-production between the Young Vic and Headlong, directed by Jeremy Herrin, runs until early January, though I sense it will transfer to the West End . . . and New York. 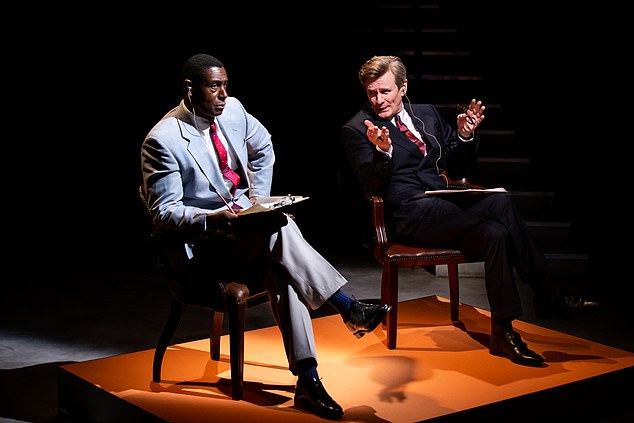