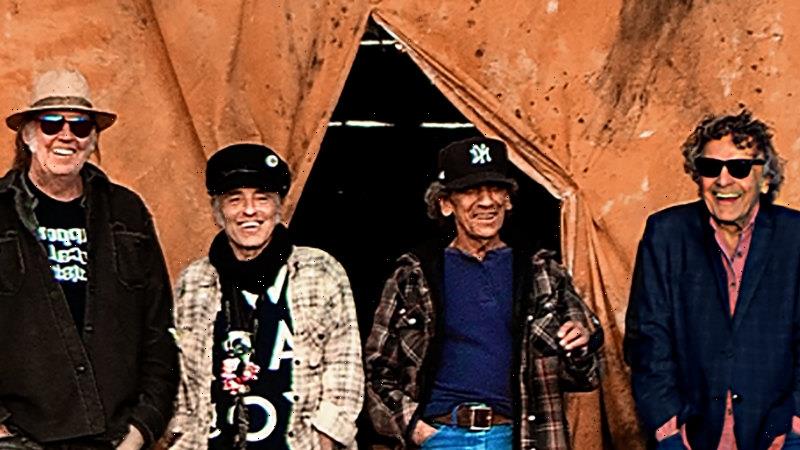 Our reviewers rate the latest from the re-release of rock legend Neil Young’s Barn, the Mediterranean melodies of Omar Khorshid and William Parker’s jazz grooves on Mayan Space Station. 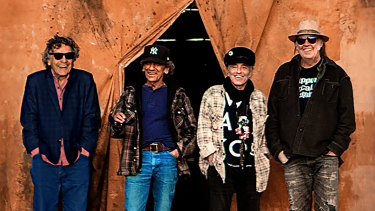 The weathered, lived-in vocals of Neil Young (at right) contemplate the passage of time.

It’s hard to believe that Neil Young has only now recorded a full album in a barn. Given his long-held penchant for all things home-grown, down-home and rustic, it feels like something he might have been doing for years – indeed, several tracks on the mighty Harvest (1972) were recorded in such a dwelling. This time, though, he’s gone the whole hog.

For the follow-up to 2019’s Colorado, also with Crazy Horse, the 76-year-old took his band to the Rocky Mountains to record in this LP’s titular building, and the result maintains the signature style and themes of late-period Young, yet feels like a softer, sunnier work than the somewhat dark Colorado.

The introduction to the alluring opening track, Song of the Seasons, with gentle acoustic guitar and piercing harmonica, could fit neatly on any of the folkier albums from across Young’s six-decade career. That is until the weathered, lived-in vocals arrive, and deliver a song that contemplates the relentless, but also beautiful, passing of time. This is a key preoccupation of Barn, as it has been in much of Young’s music as he negotiates his senior years. Barn offers meditations on his youth, with Heading West repeating the story of his Canadian upbringing and 1966 move to Los Angeles. A wistful take on ageing is the softly autumnal, piano-led Tumblin’ Thru the Years, while Canerican reflects on his recently acquired dual nationality, and, as ever, several tracks bluntly espouse environmental causes.

Elsewhere, there are examples of what fans might regard as classic Neil Young & Crazy Horse. One is the eight-minute Welcome Back, a slow, loose, drifting track with echoes of the hazy brilliance of Zuma (1975). Another is the grungy Human Race, with its terrifically wonky, bludgeoning guitar solo.

Between 1967 and 1979 this man was responsible for some of the greatest works in rock history – a fact emphasised by the quality of the fascinating archival recordings and live bootlegs, from various career points, that he continues to release (the latest being the truly magical Carnegie Hall 1970). Many American “legends” from that period are producing late-in-life albums that are pleasant and well-crafted (such as those from Jackson Browne and David Crosby), but not electrifying. Barn is hardly electrifying, but it is a cut above merely pleasant. BARNABY SMITH

Though recorded in Beirut, the distinct flavours of Cairo permeate every note on this adrenaline rush-inducing 1974 instrumental album by Egyptian guitarist Omid Khorshid. Following an austere improvised guitar and synth intro, the band breaks out into a kind of desert/surf/rock jam, segueing into an impeccable textbook belly-dance groove on Guitar El Chark. But not for long. Khorshid’s guitar, full of reverb-saturated arpeggios, initially seems to dominate, but gradually starts trading solos with the synths and duelling with the bass. The music snakes around an elliptical maze, in Bach territory one moment and in the realm of Sun Ra’s interstellar imaginings the next. A cover of Mohamed Abdel Wahab’s belly-dance standard Leylet Hob, made famous by Umm Kulthum evokes Egypt’s Mediterranean connections, with plaintive French, Italian and Romani influences. Beautifully remastered for its rerelease, the album captures the energy of downtown Cairo in all its seductive, degentrified glory. Khorshid died in a car crash in 1981 but the belly-dance nightclubs of his day, like Scheherazade, Miami and Palmyra, are still around, with their mix of musical inventiveness, seediness, hedonism and foreboding. EUGENE ULMAN

Perhaps William Parker was Poseidon in a past life, given his uncanny capacity to calm or ruffle the music’s surface, or churn it up deep beneath, turning choppiness into great swells of sound. He lends his double bass an almost primordial vastness, not by being artificially prominent in the mix, but by a profundity of ideas, an irresistible propulsion and a sheer breadth of sound. But then I guess 10 years playing with Cecil Taylor is either going to make you or break you. He released this album with guitarist Ava Mendoza and drummer Gerald Cleaver simultaneously with Painters Winter, where he is joined by drummer Hamid Drake and the pithy and often astringent Daniel Carter (trumpet, reeds). Mayan Space Station, by contrast, is almost psychedelic. While Parker and Cleaver generate ground-shaking grooves, Mendoza unleashes primal, star-spangled guitar, which, despite having precursors ranging from Marc Ribot to Terje Rypdal, David Torn, Bill Frisell and Robert Fripp, is ultimately a rocket ship of her own devising. As well as slashing neon streaks across the skies, she engages in heady dialogues with a truly great rhythm section. JOHN SHAND