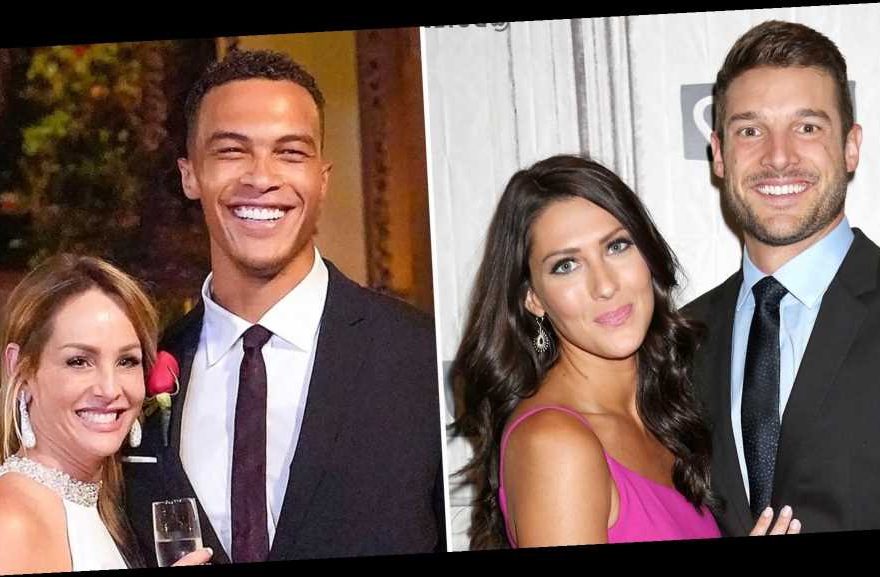 If You Know You Know! Bachelor Nation Reacts to Clare and Dale’s Engagement

On Thursday, November 5, the California native, 39, made the controversial choice to leave The Bachelorette early with Moss, 32, whose romantic proposal left viewers swooning. One day later, the newly engaged couple were “glowing” while discussing their relationship with Kufrin, 30, and Rachel Lindsay on the “Bachelor Happy Hour” podcast.

“I’m low-key a little bit jealous,” Kufrin admitted. “I miss having that partnership, but I’m so incredibly happy for you guys.”

Lindsay, 35, also shared her well-wishes for the “two gorgeous, beautiful people” who found their forever on the ABC dating series. Though Crawley and Moss enjoyed every second they spent together while filming, Kufrin told them that they have even more to look forward to in the real world.

“It gets so much better once the cameras are out and it can just be real life,” the Minnesota native, who appeared on season 22 of The Bachelor and season 14 of The Bachelorette, added. “Truly, getting to know each other in your daily lives — that’s a thousand times more meaningful. Enjoy these days, enjoy being able to call each other your fiancé and just truly soak it in because it goes by so quickly.”

Kufrin got engaged to Yrigoyen, 31, in 2018 during her season of The Bachelorette. In September, the publicist confirmed that the two had gone their separate ways. The next month, Yrigoyen went Instagram official with new flame Alex Farrar.

“I don’t think it’s going to come as a shock to anyone, but Garrett and I have decided to end our engagement,” Kufrin announced on her podcast at the time. “After many conversations, we came to this decision. It wasn’t something that we just arrived at one night. It wasn’t based solely off of one Instagram post or somebody else’s opinions or comments. There’s much more to it. To any relationship, there’s a lot of layers, and it’s not for me to divulge details. It’s no one’s business other than what I’m telling you right now.”

News of the duo’s split came months after the medical sales rep shared a message in support of police amid nationwide Black Lives Matter protests. The post sparked a conversation about race within Bachelor Nation and ultimately left Kufrin wondering whether she still saw a future with Yrigoyen. Though fans were able to see the former couple’s split coming, the former Bachelorette still had a tough time leaving her life with Yrigoyen behind.

“Becca is really broken up about it,” a source told Us Weekly exclusively. “She thought Garrett was her person, her forever. … She needed space and time to figure things out before officially confirming the breakup.”

Kufrin later revealed in an Instagram Story in September that she was “doing surprisingly well” as she adjusted to single life in her new L.A. home. “Life always has its ups and downs,” she said at the time.