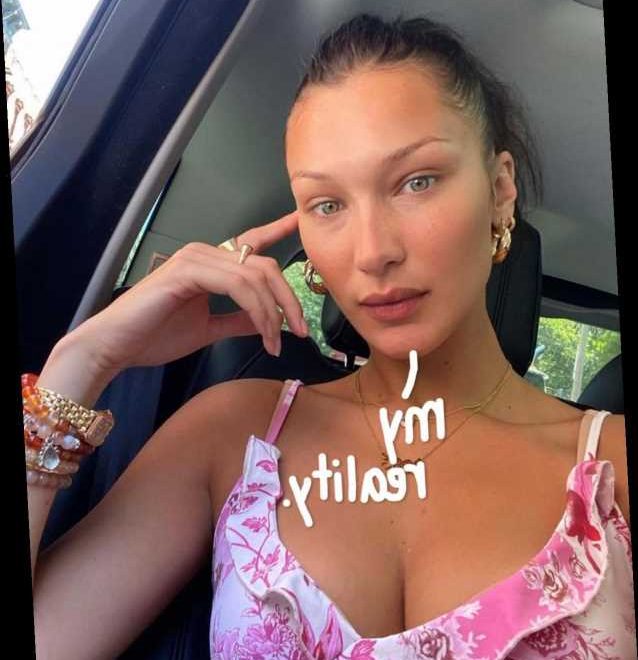 Hang in there, Bella Hadid.

The 23-year-old supermodel is among several stars like Avril Lavigne and Justin Bieber who’ve been candid about their battles with Lyme disease. In a new Instagram Story post shared on Tuesday, she revealed the “truth” about her chronic illness and some of the debilitating symptoms she faces on a daily basis.

Bella shared a graphic from Palestine on a Plate author Joudie Kalla, which featured a medical map of the human body alongside a list of symptoms that those with Lyme disease may experience at any given time. She included this caption:

“The truth. The invisible disease…”

In a second story post, she continued explaining how long she’s suffered from the condition:

“Every day I feel at least 10 of these attributes without fail … since I was probably 14, but more aggressively when I turned 18.”

In regards to the list (below), the star later checked off symptoms like headaches, brain fog, insomnia, inflammation, sensitivity to light and noise, anxiety, confusion, nausea, disordered eating, joint pain, and weight gain and loss. 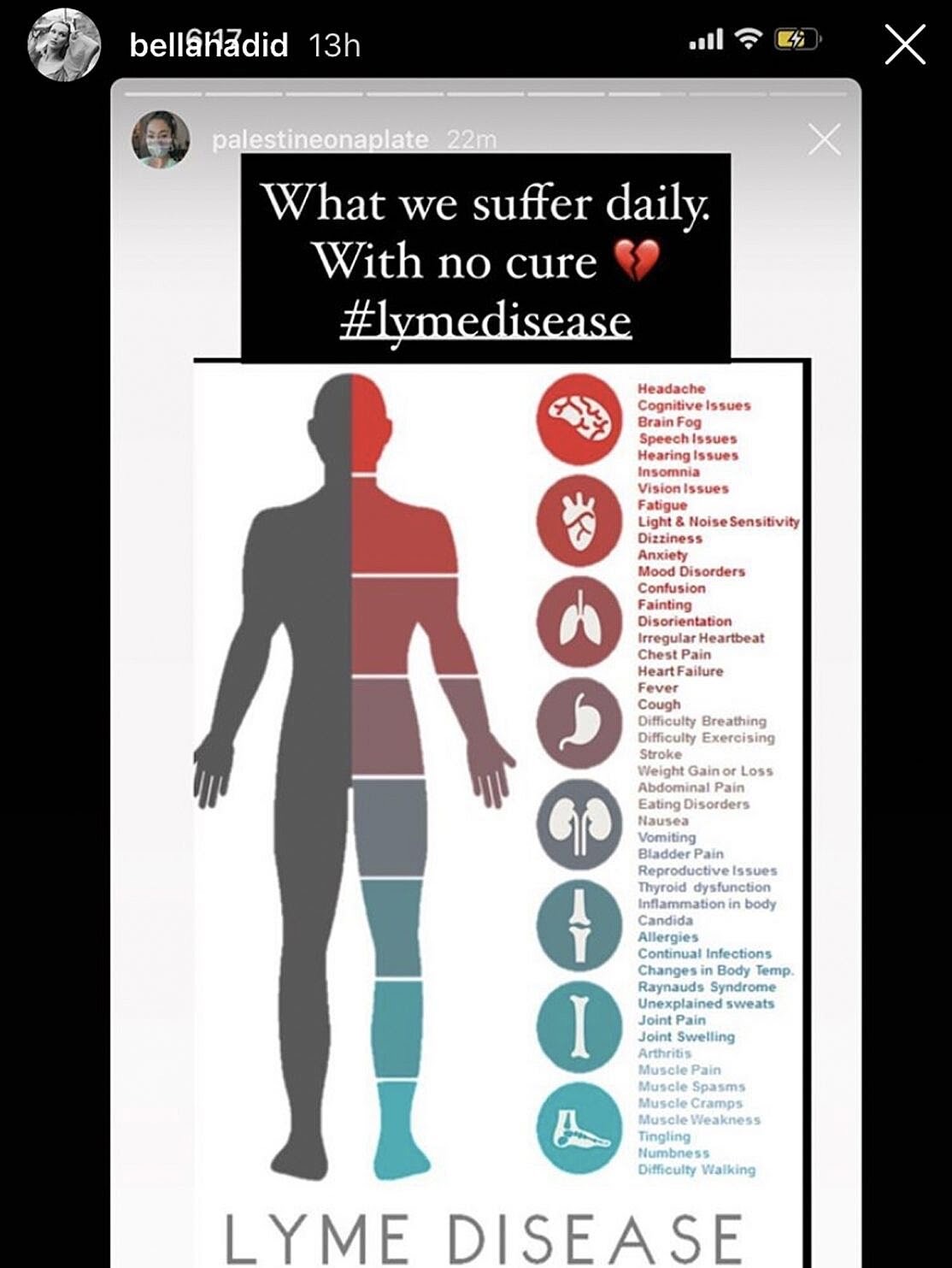 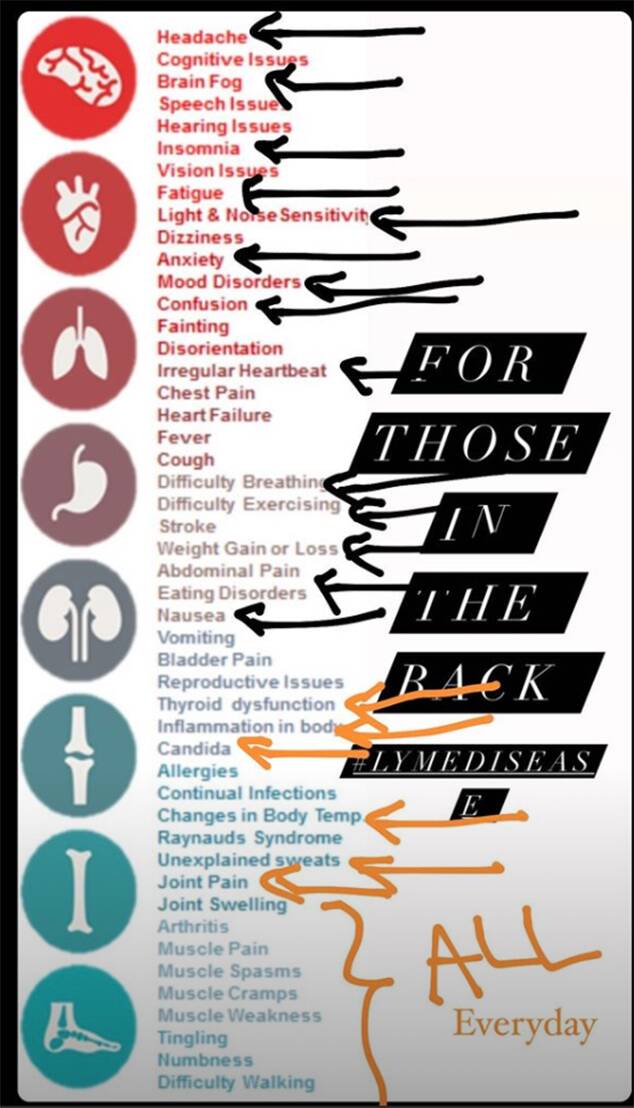 It’s truly awful to know that she is constantly dealing with these issues and it takes a lot to be so candid about something that’s often misunderstood or harder to recognize than other diseases. As you’ll likely recall, the Hadid family has dealt with the condition on many fronts as Bella, her mom Yolanda Hadid, and brother Anward Hadid all suffer from illness. Together, they’ve helped raise awareness on the topic by speaking out about it whenever possible.

During a 2017 interview with PORTER magazine, Bella recalled a time when she “couldn’t get out of bed for six days.” She told the publication:

“My brain would get all foggy, and I couldn’t see. That was the hardest time of my life.”

Most of her fans wouldn’t even know this if she didn’t speak up about it! We often see her slaying the catwalk and fashion campaigns like her supermodel older sister Gigi Hadid and putting on such a brave face, but she’s a strong and silent warrior through and through. Speaking of the 25-year-old stunner who’s expecting her first child with Zayn Malik, Gigi also addressed what it’s like to watch her loved ones battle the disease for most of her life.

In conversation with Elle last year, she said:

“Growing up, having three of my family members sick made me very independent. My mom couldn’t drive or get out of bed some days, so I took my brother to school with me, or I made lunch. But I also felt a lot of guilt for being the one person in the family who didn’t understand what they were going through. It’s hard when your whole family is in pain and you don’t know what to do.”

We’re sending so much love, strength, and healing to their entire family, as well as anyone else suffering from the illness. 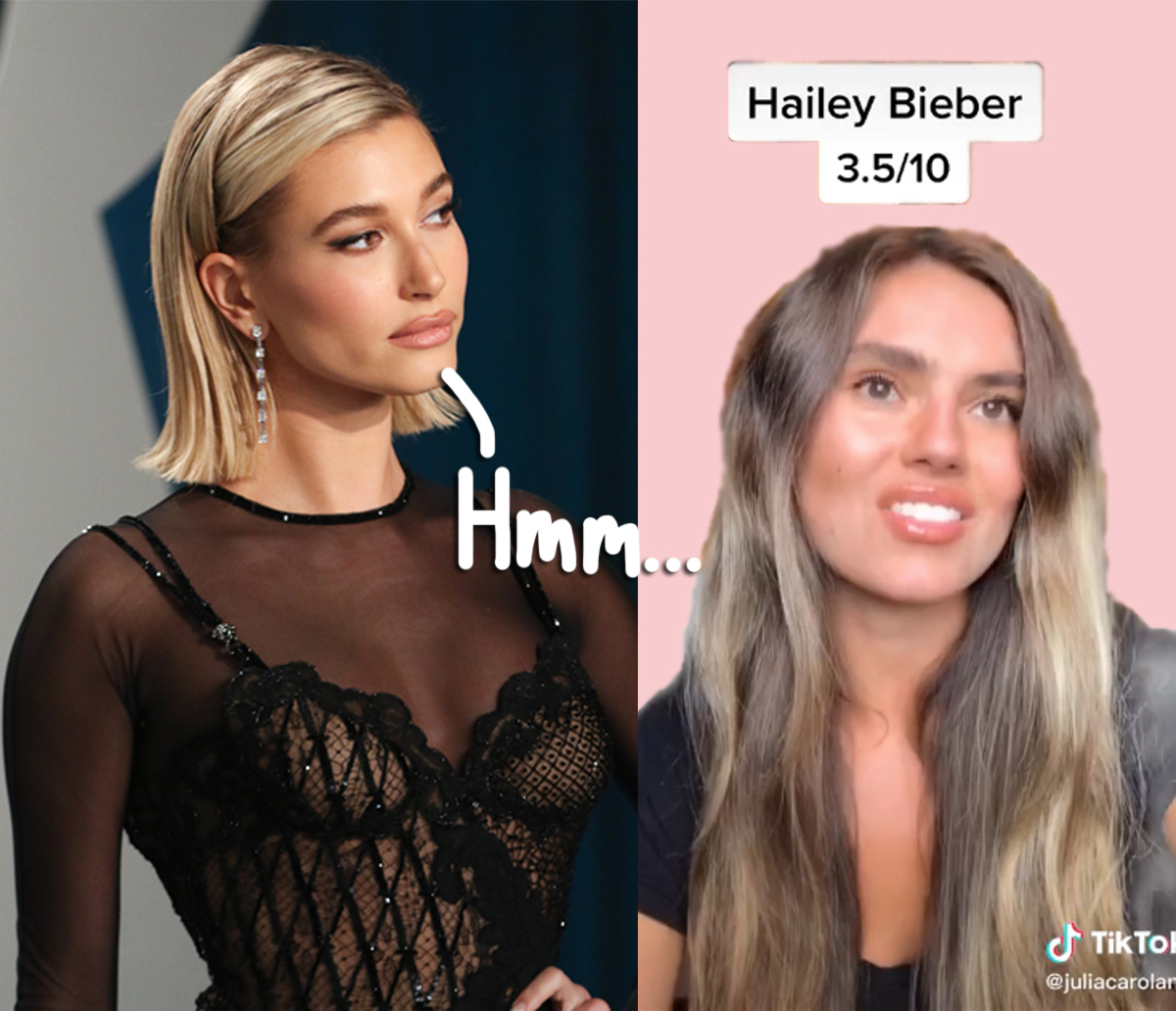 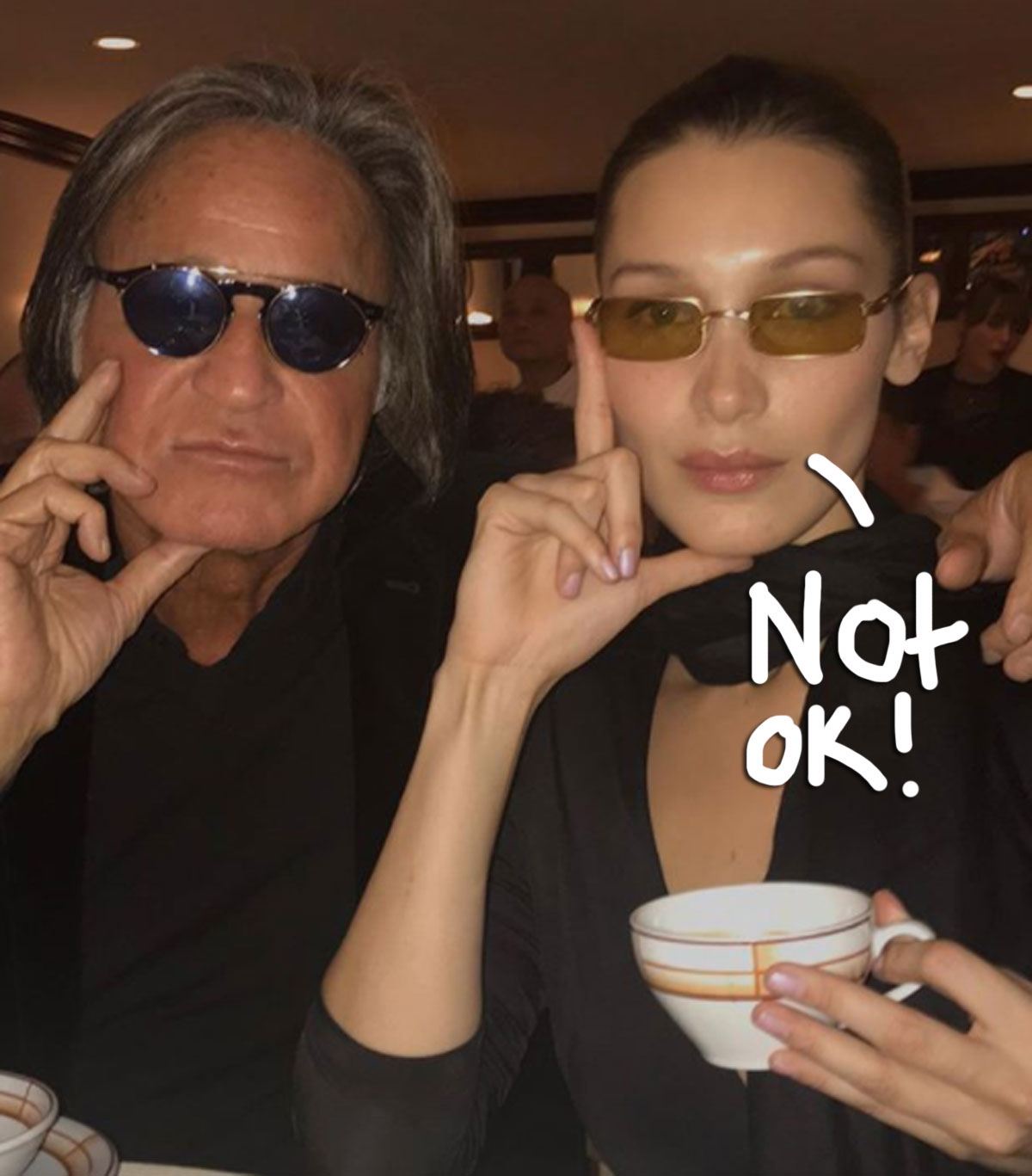 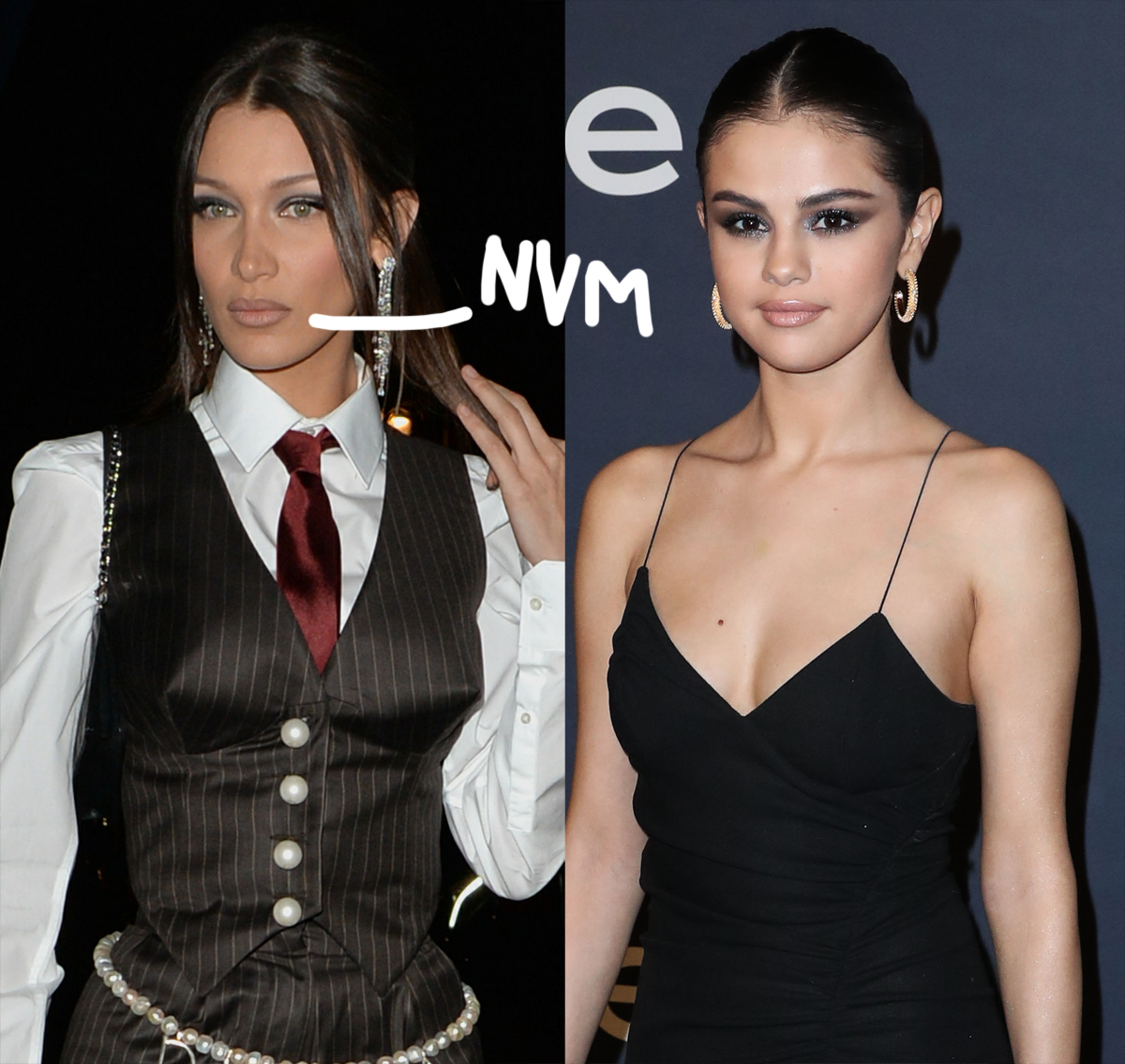 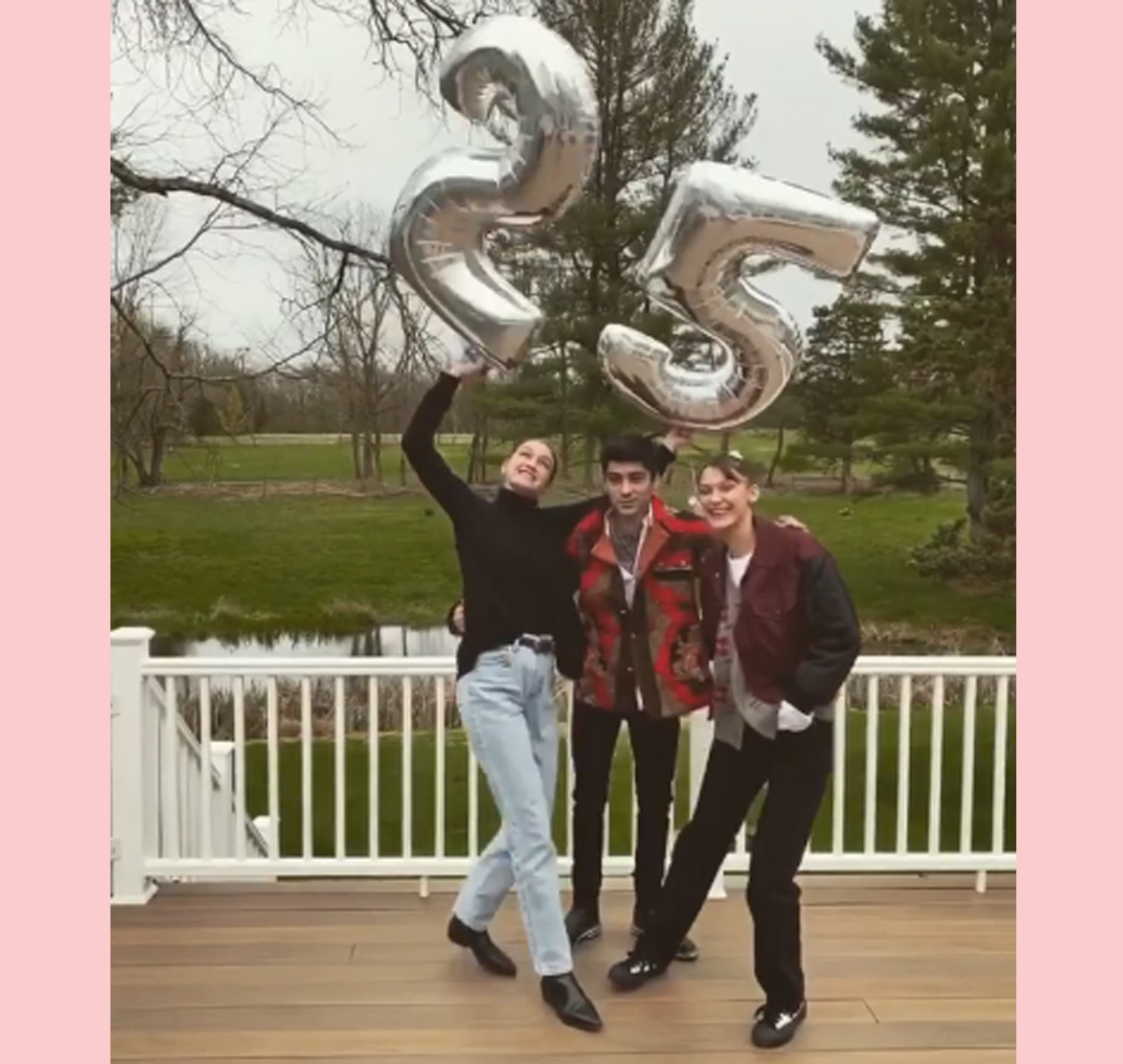