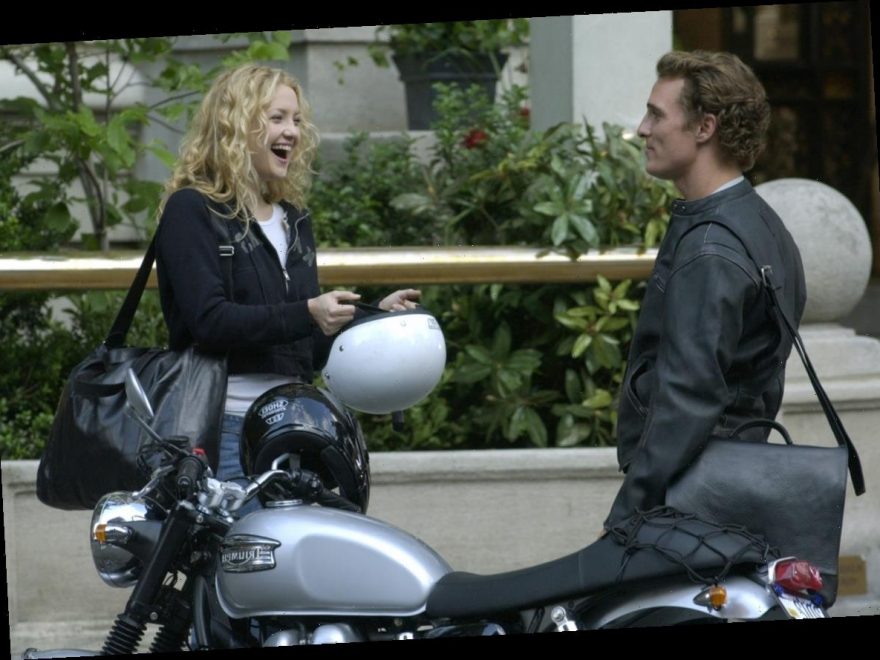 The Love Fern will never die.

Love ferns may wilt, but they never die completely, at least not according to Kate Hudson. In a recent interview with Elle, the actor revealed she believes How to Lose a Guy in 10 Days‘ couple Ben and Andie would still be together, although quarantine may have put a strain on their relationship. As she noted, the characters would likely be married with kids in 2020 so, "We’re probably miserable right now!" Hey, if their relationship could survive those horrifying 2003-era face composite images of their future children, it can survive anything.

Though she has an idea of what Ben and Andie are doing today, Hudson added that she’d be happy to see what Ben and Andie are actually up to now in the form of an official sequel. "I’ve always thought about what Matthew and I’s characters would be now, if we were still together," she said. "It’s actually probably a good amount of time [that has passed] to make a movie about it." How to Save Your Marriage in 10 Days has a nice ring to it, doesn’t it Hollywood?

Whether a sequel ever comes to fruition or not, Hudson remains proud of the movie and the strength of Andie as a character driven by a passion for journalism. "I think Andie Anderson is ambitious, and she was wanting to go places, and she was sort of stuck in this job," she mused. "I loved what we created with that movie… she found love that would support her ambitions." As for where Andie might be working today, the INBLOOM founder is certain that she’s "running something at this point."

Hudson’s theories about the state of Andie and Ben’s relationship should come as no surprise to fans of the actor. On July 27, she indulged in some How to Lose a Guy in 10 Days nostalgia on Instagram in celebration of Take Your Houseplant for a Walk Day — and gently roasted her co-star Matthew McConaughey at the same time. "Heard it was #TakeYourPlantForAWalkDay So, clearly I thought of one of my favorite co-stars… #TheLoveFern," she captioned a clip from the film. (For the record, she told Elle that the Love Fern would survive quarantine, even if Andie and Ben are having a hard time.)

For now, there aren’t any plans for a traditional sequel, but there is more How to Lose a Guy in 10 Days on the way, courtesy of Quibi. In August 2019, the short form streamer announced that the movie would be getting a modern, TV adaptation. According to the official synopsis, the series "follows a glib young online columnist and an oversexed advertising executive who both need to prove, once and for all, they’re capable of being monogamous. They soon discover, however, keeping a relationship is harder than Andie Anderson made it look!"

Until the Quibi series premieres or Hollywood officially boards the sequel train, fans can rest easy knowing Hudson believes Andie and Ben are bickering their way through quarantine just like everyone else.