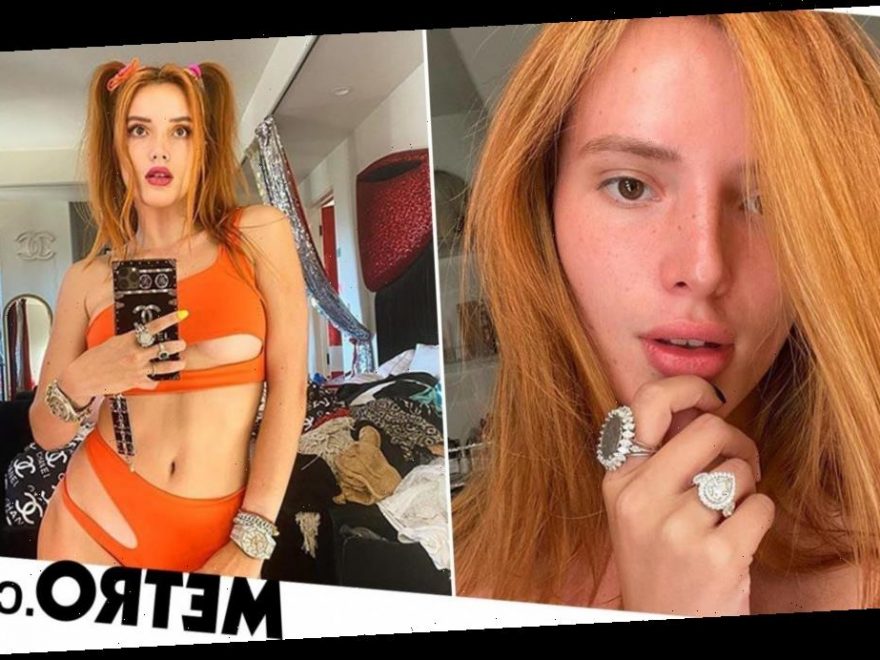 Bella Thorne has insisted she will not be going nude on her OnlyFans account after making a staggering $2 million (£1.5 million) in one week.

The former Disney star has fast become one of the most popular celebrities on the platform with OnlyFans confirming she made $1 million (£760,750) in her first day of joining.

While the website is known for its x-rated content posted by adult performers and influencers, Bella says she’ll be keeping it clean on her page.

‘Also nooooo I’m not doing nudity!!!’ she dutifully informed her fans via Twitter on Wednesday.

It may come as a surprise to Bella’s followers as she announced she would be joining OnlyFans last week with a promo video of her wearing a necklace which said ‘SEX’ while suggestively tugging at her bikini.

Last year, the actress famously leaked her own nude photos on social media to ‘take the power back’ after being threatened by a hacker.

After an OnlyFans spokesperson confirmed Bella was the first celebrity to make a milly dollars on the site, the actress revealed that her true worth had actually doubled by the end of the week.

The Shake It Up star announced her new venture with a video on Instagram, telling fans: ‘Excuse me, I have an announcement.’

Tennis star and model Adi Spiegelman clearly had a crystal ball as he then wrote: ‘You are gonna be a millionaire.’

Opening up to Paper magazine about her choice to join, Bella said: ‘OnlyFans is the first platform where I can fully control my image; without censorship, without judgement, and without being bullied online for being me.’

She also told the LA Times that she’s planning on putting her OnlyFans earnings into her production company, while she plans to use the site as research for a new movie.