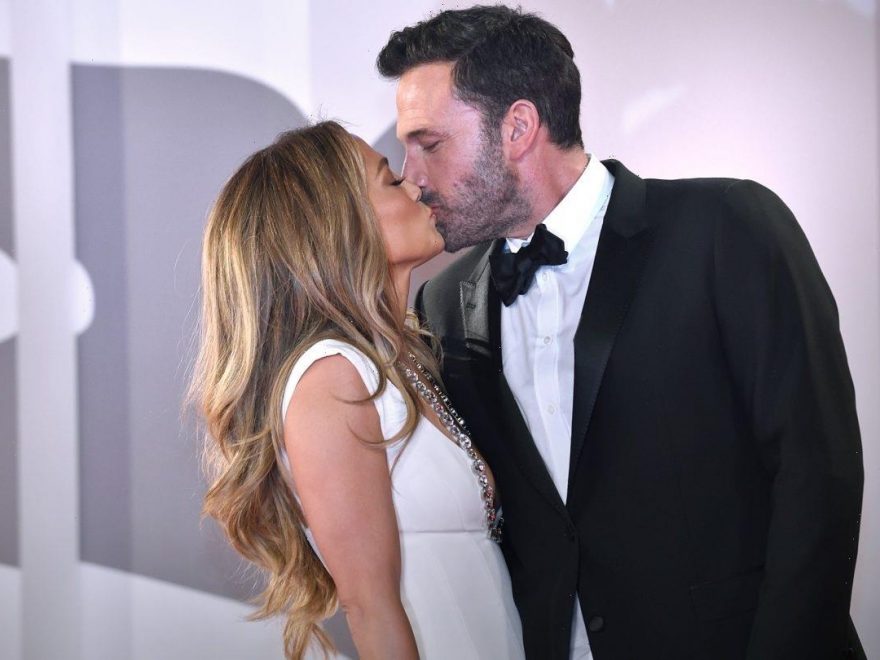 Ben Affleck and Jennifer Lopez have been doing a good job of keeping their romance under the radar in the months since they reconnected. But in recent weeks, Affleck has been spilling some tea. The high-profile actor, who started dating his former flame in the spring of 2021, recently sat down with The Wall Street Journal for an intimate interview. In it, Ben Affleck discussed the possibility of getting married again — revealing his thoughts on what it would be like to be a husband again.

Ben Affleck and Jennifer Lopez have a long history together

The story of Ben Affleck and Jennifer Lopez has taken place over two decades. The two first connected on the set of the 2001 movie Gigli. Though they met as co-stars, it didn’t take long before things fired up between them, and by early 2002, Lopez and Affleck were Hollywood’s hottest “it” couple. By November of that same year, the couple, dubbed “Bennifer” by the press, had announced their engagement.

However, the pressures of the media proved to be too much to bear, and in 2003, they postponed their engagement, citing tabloid involvement. Not long after, in January 2004, Lopez and Affleck had split.

Several decades later, Lopez and Affleck have both been married to other people, then divorced — and in early 2021, both were single and seemingly, ready to mingle with each other. It seemed too good to be true, but in July 2021, Lopez confirmed that she was definitely “back on” with her former love interest.

What did Ben Affleck say about wanting to be a husband again?

Ben Affleck and Jennifer Lopez have stepped out on red carpets over the past few months, but they have mostly remained quiet about their romance. That is, until now, with Ben Affleck recently opening up to The Wall Street Journal about his hopes for the future.

As to his relationship with Lopez, Affleck stayed cagey, admitting “You can write conjecture about it, but one of the harder lessons that I have learned is that it’s not wise to share everything with the world … I know that I feel more comfortable having those healthy boundaries in my life around which, in a friendly and straightforward way, I tell you, I just don’t want to be talking about my personal relationship in the newspaper.”

Does Jennifer Lopez want to get married in the future?

Clearly, Ben Affleck has strong feelings for Jennifer Lopez. The actress and singer, who has been married three times, has also avoided talking about her romance with Affleck to the press. But she did give a hint as to her feelings about marriage in a recent interview with Hoda Kotb.

In the interview, Lopez was asked if she would ever consider getting married again. “I don’t know,” Lopez told Kotb. “Yeah, I guess. You know me, I’m a romantic, I always have been. I’ve been married a few times. I still believe in happily ever after, for sure, 100 percent.”

There has been a lot of speculation about the romance between Affleck and Lopez, but it certainly seems as though the two are in it for the long haul and have learned from their experience as a high-profile couple. It is very possible that engagement news could be on the horizon for the star-crossed pair.