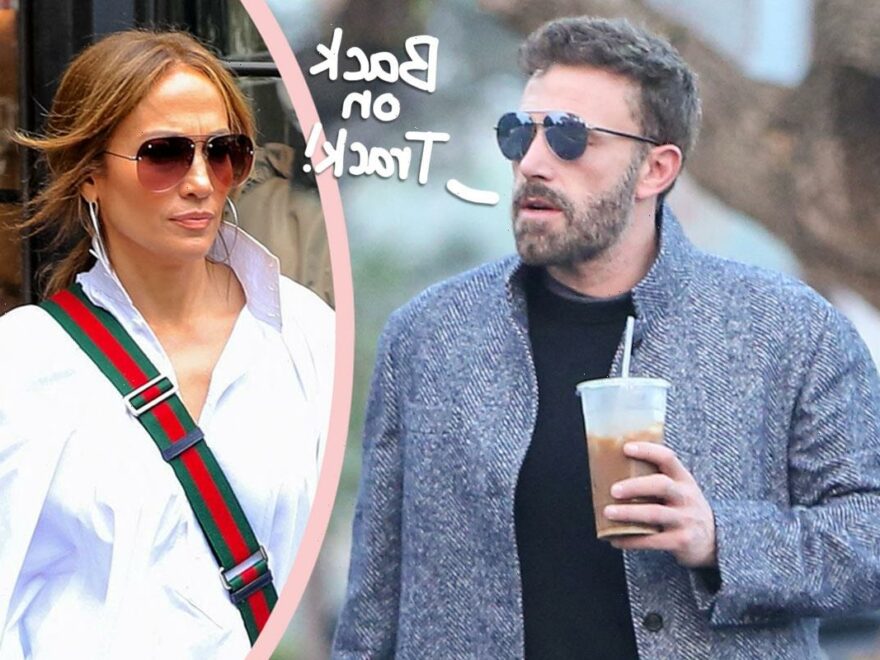 Ben Affleck is running back to ol’ reliable.

One month after the Good Will Hunting actor was caught cheating on his preferred coffee company, Dunkin’ Donuts (now just called Dunkin’), with Starbucks, he’s attempting to make amends. Tenfold.

Customers at a Medford, Massachusetts Dunkin’ location were in for a surprise Tuesday when they pulled up to the drive-thru window to claim their tasty treats, only to find Ben himself doling them out! Yep! According to NBC 10 Boston, the 50-year-old was filming a commercial for the coffee brand, which is said to also include the actual love of Ben’s life, Jennifer Lopez!

Lisa Mackay, a customer who snapped a pic of Ben in head-to-toe Dunkin’ attire, told the news station he was “incredibly funny and quick-witted” while handling her order. Another customer claimed the two-time Academy Award winner handed back their money, and gave out food and drinks free of charge!

Alright, Ben. Your infidelity has been forgiven — but don’t let it happen again! LOLz!

What are YOUR thoughts on Ben’s latest adventure, Perezcious readers? How would you have reacted in that situation?? Let us know in the comments down below!