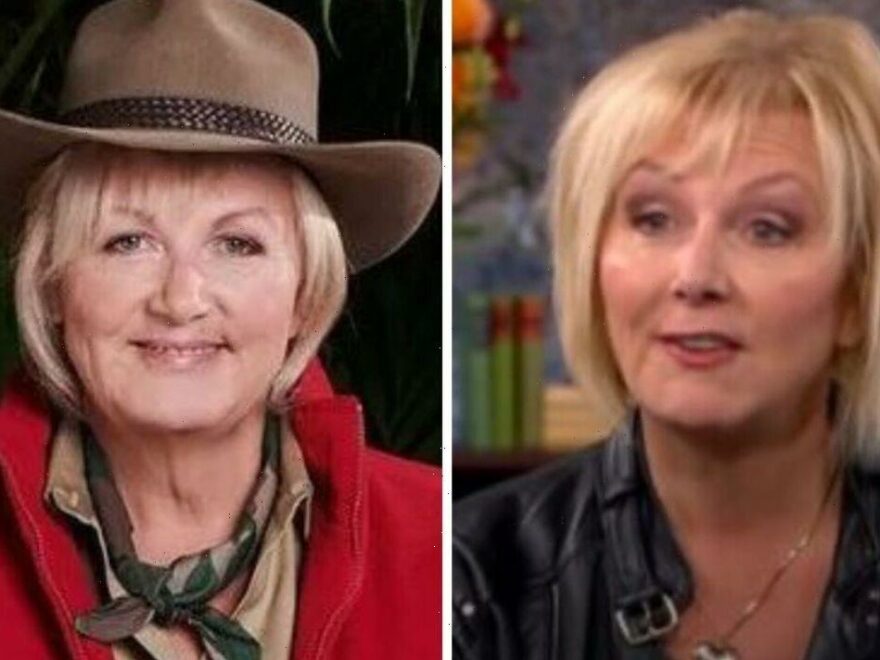 On Wednesday’s instalment of the ITV show, hosts Phillip Schofield and Holly Willoughby welcomed soap star Sue Cleaver onto the sofa. Although the 59-year-old looked noticeably different from when viewers last saw her on I’m a Celebrity…Get Me Out of Here!

Last year, the Coronation Street star won over the nation with her stint on the reality show as fans got to see a different side to the actress in the Australian jungle.

Although many were used to seeing her in combat boots, a khaki green shirt and makeup free during her time on I’m a Celeb, the actress has since adopted a more glamorous look.

Appearing on Wednesday’s episode of This Morning, Sue was speaking to the two hosts about her return to the Cobbles, life after the jungle and her overall positive outlook for the year.

However, her new look left viewers distracted as many took to social media to praise her youthful get-up.

Endexuk Tweeted: “Sue Cleaver has turned back the clock she looks amazing”

Sporting a black leather jacket, bright green trousers and a statement necklace, Sue showed off her blonde choppy bob as she stated that this is her decade.

Revealing that at the beginning of last year, she went on HRT, which she confessed should have happened five years ago, Sue told the duo she feels like a different human.

She said: “I have so much energy, everything has fallen into place, my kids have grown up, and you know, this is my time.

“I always said I’d never do the jungle, but I did it, I loved it, it’s given me great confidence and a big boost… and I want lots more adventures!

“I feel like a completely new person. This is my decade, I want to push myself out of my comfort zone.”

Touching on her time on I’m a Celeb, where she formed a close bond with Zara Tindall’s husband and former rugby player Mike, Sue shared she’s still in contact with her campmates.

Building a close friendship with Loose Women’s Charlene White, Sue told Phil and Holly that she was waiting for her outside the studio as they were off to get a coffee together.

Although she’s managed to catch pieces of the show since she’s been out, Sue admitted to not watching most of it.

She said: “Watching bits back, that isn’t our journey, we’ve very much got our journey that we want to remember.

“You see an edited version of 24 hours a day and I think we all behaved impeccably, we all got on.”

This Morning continues weekdays on ITV from 10am.