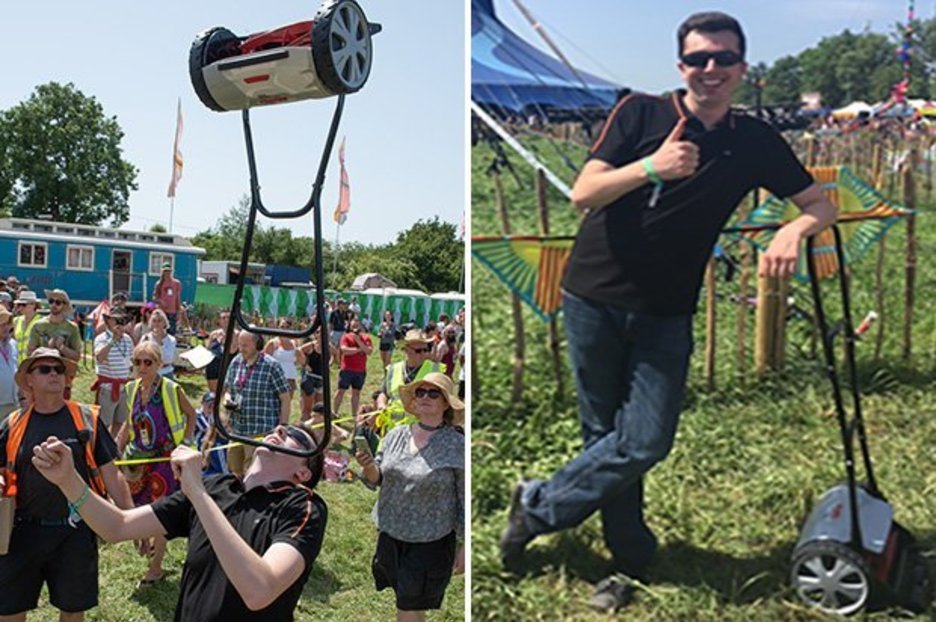 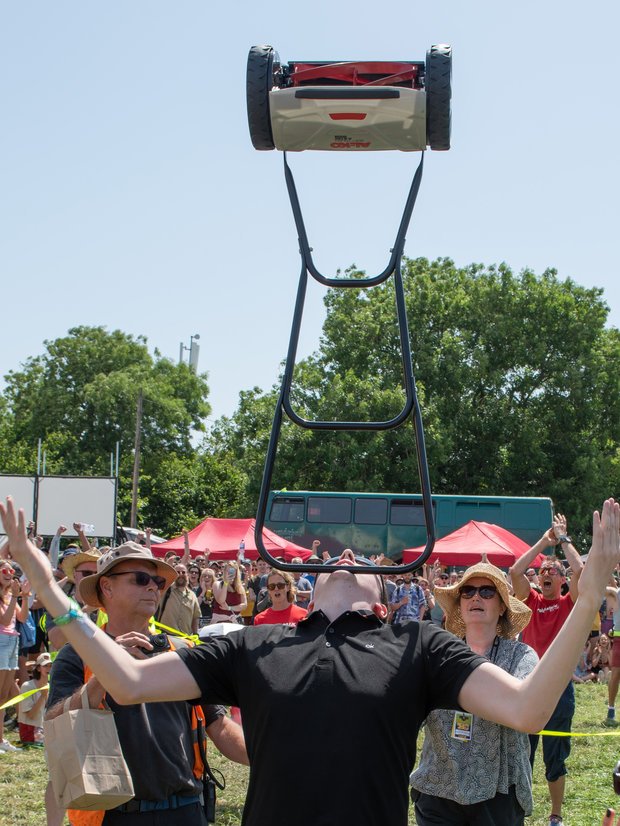 “It was very hard in the end. The wind is really going at the moment.

“The lawnmower was turning 90 degrees on its own, I had to stop in one place at one point [to reposition the lawnmower].”

Jay is not finished balancing things on his face and plans to attempt break the world record for the longest time with a unpowered 5kg chainsaw perched on a chin at the festival tomorrow. The record stands at 10 mins and one second.

The performer who is nursing a sore chin after today’s efforts said: “It is going be a tall ask but if I think it is possible I am going to give it a go.”

Jay who comes from the aptly-named Chinnor in Oxfordshire performs across the country and will be wowing the crowds with act at the festival this weekend.

His stage show involves magic, comedy, juggling and of course balancing things on his chin.

But he thinks putting things on his chin is much harder when he’s trying to break a world record.

He said: “It is a lot more regimented. It is tougher because I have to go for much longer than in my stage show.

“I have to push myself to the point I might not be able to chew the next day.”

Jay was inspired to take up a career in showbusiness aged 4, when his father, who is also a performer balanced him on a chair on his chin as part of his act. 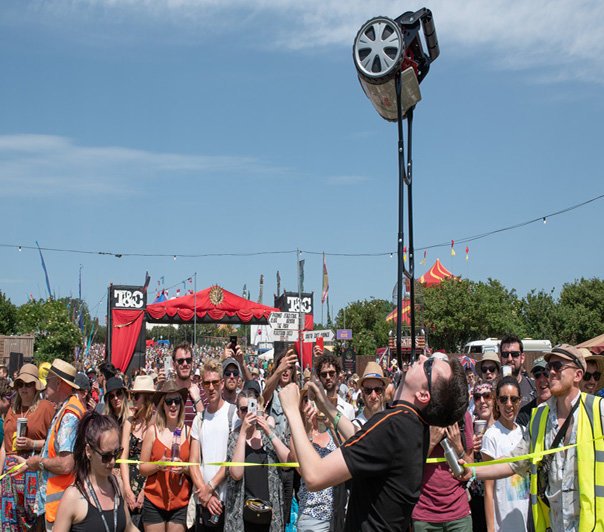