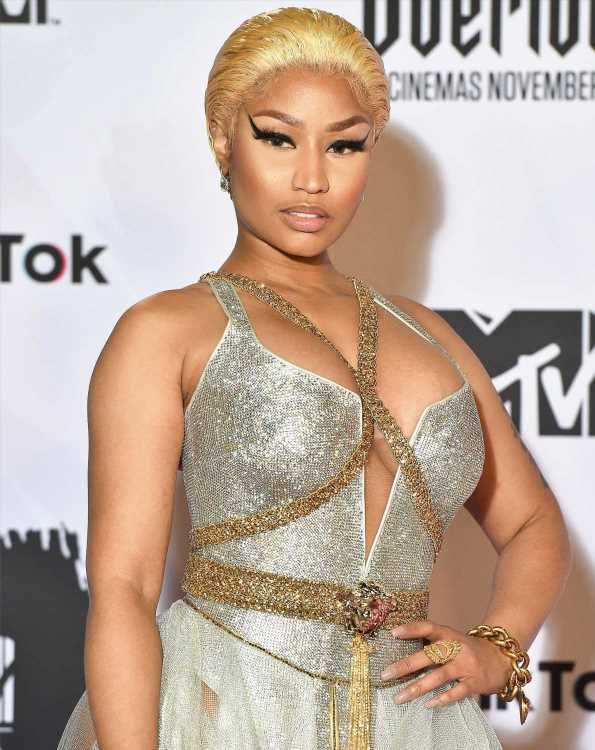 Don’t expect Nicki Minaj to make an appearance on BET any time soon.

The rapper, 36, called out the the network in response to a tweet from the account @musicnewsfacts claiming Sunday’s BET Award Show earned the lowest ratings in the show’s history, with a reported 2 million views.

“When u go out of ur way to b spiteful & hurt artists who have always supported ur show… when you fire great ppl who have put their heart & soul into the show… when you’d rather be a messy reality show than a prestigious award show… when ur still being dragged by that lace,” Minaj wrote on Twitter.

A rep for BET did not immediately respond to PEOPLE’s request for comment.

Fans and followers praised the Queens nave — whose music video for “Megatron” premiered June 20 — in the comment section.

One user wrote, “THATS THE F—ING TEA LADIES AND GENTLEMEN. I think it’s great you speak out. People wanna label you as bitter or a bitch, but if someone doesn’t speak up — the clownery will continue.”

Another said: “Sad part is it won’t be until well into the next generation of music that people will feel the weight of her words.. and how hard she tried to advocate for EVERYONE 😔”

Minaj, who was nominated for best female hip-hop artist this year, skipped Sunday’s show after she memorably dropped out of two scheduled BET events in February after the network seemingly insulted her on social media.

BET referenced the Queen rapper while congratulating Cardi B — with whom Minaj infamously brawled during New York Fashion Week last fall — for becoming the first solo woman to ever win best rap album at the 2019 Grammy Awards in a post that read: “Meanwhile, Nicki Minaj is being dragged by her lacefront.”

“Young Money will no longer be apart of the BET Experience or award show,” she Tweeted with hearts and a praying hand emoji. “Summer Tour dates dropping soon.”

“BET loves Nicki Minaj. We have supported her from the very beginning of her career and will continue to do so moving forward,” representatives for the network told PEOPLE in a statement at the time. “Nicki has paved the way for so many performers and has solidified her place as one of the most powerful figures in the music industry. Unfortunately the respect we have for Nicki was violated by this post that should never have been written. The post does not reflect how we feel about Nicki. And further does not reflect our company values.”

The BET statement continued: “We deeply apologize for the hurt, disappointment and confusion that this post has caused. We are committed to doing everything we can to address the situation. We are also conducting an internal audit to assure these types of posts are not published again. We have apologized to Nicki and her team. The post has been removed and we have taken additional appropriate action. We understand Nicki’s position and look forward to continuing our dialogue with her. Finally, we apologize to all of her fans. This should have never happened.”