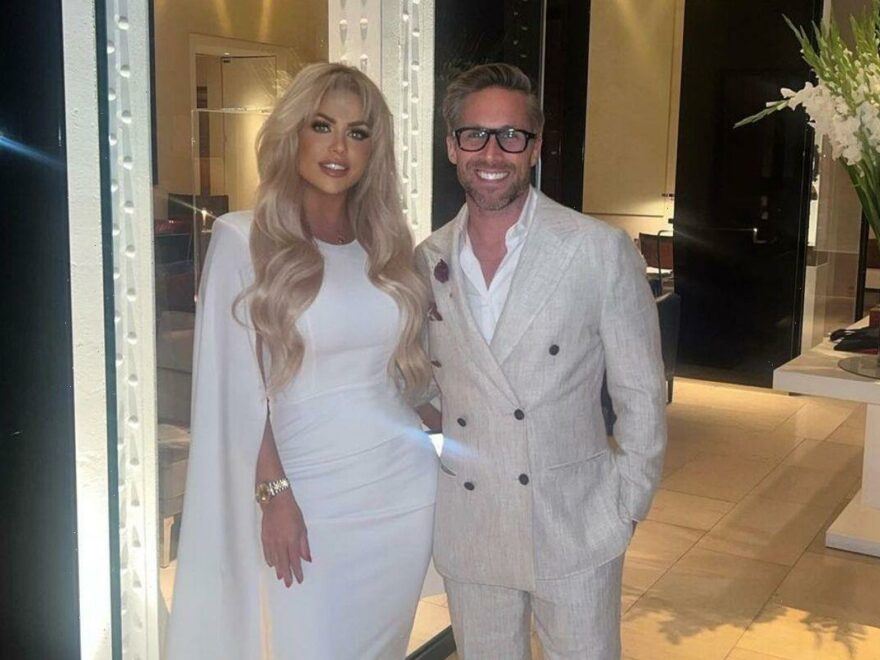 The 35-year-old daughter of Sheryl and Paul Gascoigne is set to become a first-time mother as she is pregnant, less than a year after going public with boyfriend Aaron Wright.

AceShowbiz –Bianca Gascoigne is having a bun in the oven. Expecting her first child with her partner Aaron Wright, the 35-year-old reality star – whose parents are Sheryl and Paul Gascoigne – paid tribute to 2007 comedy blockbuster “Knocked Up” to reveal the exciting news.

Bianca posted a spoof movie poster designed by her brother Regan Gascoigne. In a nod to the Seth Rogen and Katherine Heigl film, it features the parents-to-be in bed with junk food and baby toys around them. “We’re having a baby,” she simply captioned the picture.

The poster also revealed her due date is February 2023, and fans were quick to flood the comments with kind messages. One follower wrote, “Massive Congratultions B and A!! My heart is full for you both, hope you are feeling ok. (sic)” Another added, “WHAT IM CRYING. (sic)” And a third fan said, “Congratulations to you both.”

Speaking last summer before she found love with Aaron, Bianca revealed she wanted to “take the pressure off” meeting a new man by freezing her eggs, as she was single at the time. She explained, “I’m 35 in October and I’m at the age where women start to worry about their biological clock.”

She added, “I definitely see settling down and having kids as the next stage in my life, but seeing as I’m single now it makes sense to do this as a kind of insurance.”

However, just weeks later she sparked a romance with Aaron and they went Instagram official in December last year. The pair actually met 14 years ago, but she said fate led to their relationship over a decade later.

Alongside a throwback snap, she previously revealed, “14 years in the making… One of us has a skinhead and one of us has a panda’s eyeliner we we’re stealing people’s Sheesh’s at Dubai races drinking shots of baby Guinness’s 2008.”

“We’ve known each other for that long, stayed in contact throughout the years, met up in different countries and now re-grouped in the best relationship ever, and being the best versions of ourselves for each other. Universe had it planned all along.”