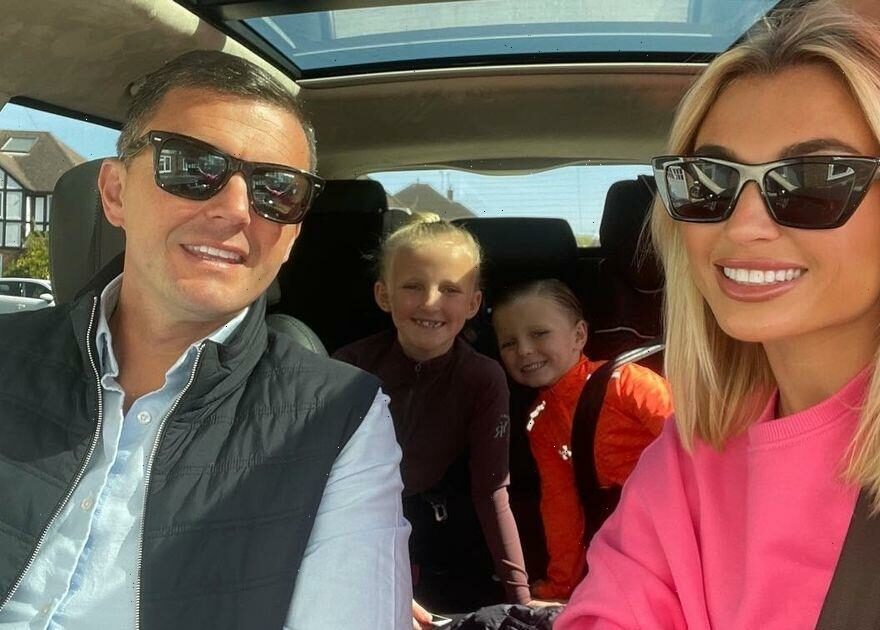 Billie Shepherd has shared an adorable moment involving daughter Nelly as she reacts to a posh yacht the family are using.

The former TOWIE star, 32, is currently enjoying a family holiday with husband Greg, and their two children, Nelly, eight, and Arthur, five, at the five-star luxury Sani Resort in Halkidiki, Greece.

Taking to social media, Billie shared an adorable moment that Nelly reacted to the posh yacht the family were using for the day – with her being awe-struck by the fancy boat.

In a short video, Billie pans across to see Nelly and Arthur sat in front of the controls, while dad Greg sails. Then Nelly says to him: "It's like that below deck, dad", referring to the reality show that covers the lives of those who work on large luxury yachts.

Billie wrote on the video "Nelly" with three laughing emojis, as well as tagging Greg and telling people to put the sound on.

Later in the day, the kids could be seen enjoying some water sports, including being on the back of a jetski and swimming in the sea, before the group took a photo along with the filming crew for Billie's TV show, Billie and Greg: The Family Diaries.

The family have also been enjoying their holiday with Billie's former TOWIE co-star Ferne McCann with her fiancé, Lorri Haines.

In photos posted to social media, the two couples could be seen having fun, laughing and enjoying each other's company.

Ferne, 32, looked relaxed and slipped into holiday vibes straight away. It is thought be one of the first vacations Ferne and Lorri, 30, have taken as an engaged couple since Lorri popped the question in July.

It was a holiday filled with snaps of the four of them smiling. A pregnant Billie looks radiant in all the photos and seemed at ease as she enjoyed the beautiful balmy weather.

Billie has also sparked speculation about the gender of her third child while on her Greek holiday, with fans quick to notice the use of a specific emoji in the captions for one of the images.

Sharing a romantic photo in which she was silhouetted alongside a stunning blue ocean while kissing her beau Greg, Billie captioned the photo with two emojis, an anchor and a blue heart, prompting many fans to immediately wonder if this was a hint towards the gender of baby number three.

“Another Blue One? Is this a clue?” Asked one fan on social media.

A second also jumped to the same conclusion as they wrote: “Does (blue heart emoji) mean it's a boy? Xx”

Another wasn’t quite so convinced, as they asked: “Does this mean boy or am I reading too much into it ? Cuz I’m convinced ur having a girl.”

Another user also thought people were reading too far into it, with one couple suggesting the blue heart was just a subtle tribute to her husband and not the little one on the way.