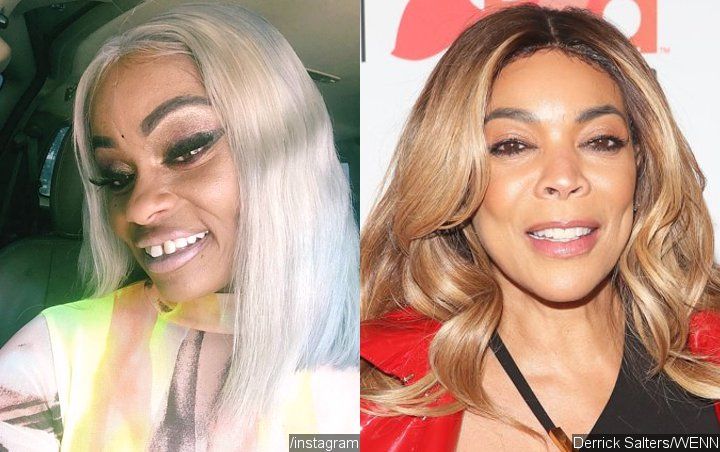 Tokyo is enraged after Wendy discussed her feud with her daughter on her talk show, threatening to ‘knock her face off’ and revealing the TV host’s secrets.

AceShowbiz –Blac Chyna has always had a tumultuous relationship with her mother Tokyo Toni and though they recently seemed to make amends, it apparently didn’t last long. Tokyo has now extended her wrath at Blac’s new friend Wendy Williams after the latter discussed the mother-daughter duo’s feud on her show last week.

During an Instagram Live session on Saturday, July 20, Tokyo lashed out at Wendy, threatening to expose her secrets. “Let me check Wendy Williams’ motherf***ing a** b***h. Wendy, I’mma tell you this. Don’t mention my motherf***ing name again, or I’m gonna talk about your s**t,” she said.

“Wendy is so gone, that when I see her, I’mma knock her face off. When I see you, b***h, I’m gonna get a charge. I’mma bust your a**,” she continued. The former stripper went on accusing Wendy of using cocaine, adding, “You said I cried? When I walked in, you was sniffing coke. ‘Heyyy, ohhh’ Eyes was big. You hugged me because I ain’t no sucker.”

Tokyo’s anger toward Wendy was prompted by the TV host’s discussion about Blac and Tokyo’s feud which was shown on “Real Blac Chyna”. Wendy said on “The Wendy Williams Show“, “Fans though are outraged over how her mother Tokyo Toni treated Chyna. Along with that she also said something to the effect … you can kill yourself I don’t care.”

Clearly having nothing but well wishes for the mother-daughter duo to reconcile, Wendy shared, “Toni, take this in the best way because when last we talked you were hugging me and crying and me, you, Chyna we spent all day together and it was great, and all you kept telling me was ‘Wendy, thank you.’ ” She went on reminding, “All I’m saying is you only have one mother.”

A rep for the talk show and a rep for the 55-year-old author have not responded to Tokyo’s accusation of cocaine use.