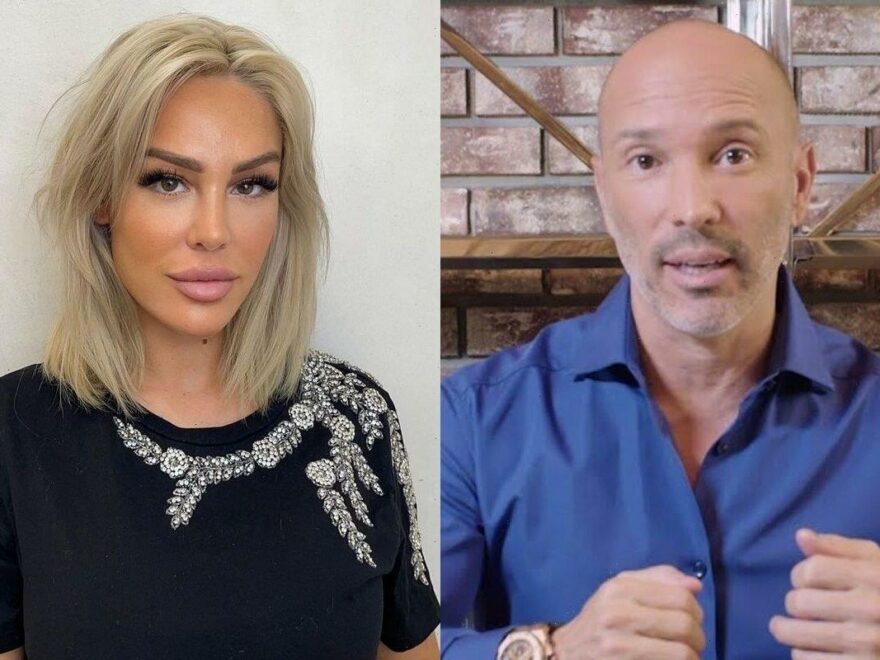 The rumors suggesting the ‘Selling Sunset’ star is dating tattoo artist is fueled by a new report that the couple ‘hit if off right away’ after meeting in Europe.

AceShowbiz –Brett Oppenheim and Samantha Abdul are having a blast. The “Selling Sunset” star and the tattooist recently sparked rumors that they hooked up after being spotted at a restaurant in Beverly Hills last weekend.

While it’s early days for the pair, they reportedly “hit it off right away” after meeting on vacation in Europe. “They have a lot in common such as travel and business,” a source told E! News. “It’s casual and very new but they are having fun.”

Brett’s new romance comes after he split from Tina Louise in December. The 45-year-old businessman had been dating the model for some months but, when asked if he was single again during an Instagram Live, Brett confirmed that he and Tina had called it quits, without going into any detail about the reason behind the breakup

He said, “OK, this question has absolutely nothing to do with real estate, but I will answer it. As of very recently, actually, yes.”

The pair originally announced their relationship on Instagram back in April 2021 and, while his romance with model Tina, 41, did not feature explicitly on the Netflix reality show that made Brett famous, she did appear in a few scenes shown during the fourth season.