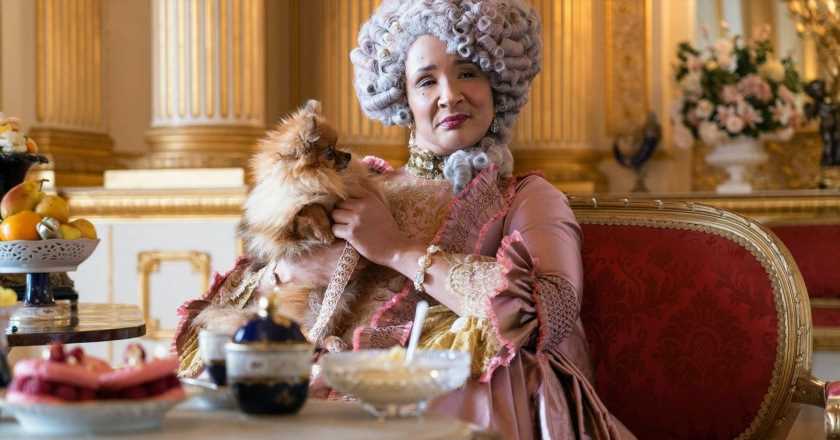 Golda Rosheuvel, the reigning monarch of Netflix’s hit TV show Bridgerton, has spoken out about how she was once advised to hide her sexuality – and how she refused to live inauthentically.

If there’s any character in the world of TV who refuses to take crap from anyone, Queen Charlotte in Netflix’s smash hit Regency-era Bridgerton would surely come top of the list. Brilliantly portrayed by Golda Rosheuvel, the icy, irrepressible, gossip-loving monarch commands attention in a way that signals she’s very much in control of her own narrative.

But according to Rosheuvel, that wasn’t always the case. As a young woman starting out in the industry, she was told that she should hide her sexuality to stand a chance of making it as a successful actor.

On the latest episode of the Just For Variety podcast, Rosheuvel recalled a conversation she had with a lesbian director during the early stages of her career, who was adamant that she should keep her sexuality a secret.

“We were talking about being out and proud and representation and whether I should say I was gay in interviews,” Rosheuvel explained.

“And it was an absolute no: ‘You absolutely shouldn’t do that. It could or it would ruin your career as an actor.’”

“I would rather lose a job than not be true to who I am,” she continued. “I’d rather not work in an industry that doesn’t accept me… It just wasn’t how I was raised. “

Rosheuvel went on to say that she was shocked that an out lesbian would encourage a fellow member of the LGBTQ+ community to stay closeted.

“And then her being out as a female director, as a lesbian director, I was like, ‘I don’t understand this advice.’ It blew my mind.”

Years after the discussion took place, Rosheuvel described the joy of being unapologetically herself in the public domain.

“I’m out and proud,” she explained. “My sexuality is really important to me in terms of existing, knowing that I’m important. I’m as important as anyone on the planet.”

The actor, who is currently filming the Bridgerton prequel, which explores Queen Charlotte’s origin story, also spoke of the joy in providing positive representation on screen.

“It’s important for me to be out and proud and to normalise things for that one person, that one young boy or girl or transgender or non-binary [person] to be able to say, ‘I’m not alone,’” she added.

While it’s saddening that the conversation Rosheuvel once had in her younger years didn’t model acceptance, there’s no denying that the way she now celebrates her identity will have a significant impact upon those who who have ever felt that they need to hide parts of who they are to fit in. Embracing our authentic selves, after all, is a recipe for connection – and the way Bridgerton’s reigning monarch moves through life is an inspiration to all.