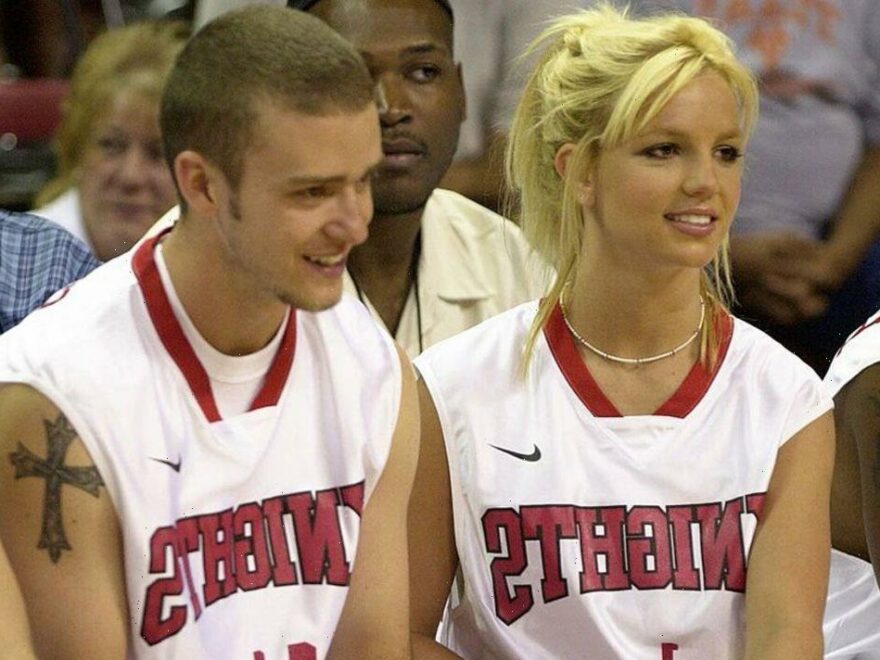 Britney Spears decided to get a new tattoo of a love heart on her arm on recent trip to Hawaii, but instantly regretted it. The Grammy-award winner had previously reflected on her relationship with her ex-boyfriend Justin Timberlake just hours before.

The 41-year-old took to Instagram and share some throwback snaps of herself playing basketball with her ex Justin, 41, who she dated from 1999 until 2002.

In the now-deleted post, Justin and Britney donned matching basketball kits as they participated in a charity game back in 2001.

“When we used to shoot hoops TOGETHER … that’s when miracles happened,” Britney captioned her post.

Social media users took to Twitter as they questioned the Baby One More Time hitmaker about the post.

One person tweeted: “Now hold on why is Britney Spears posting old pics of her and Justin.”

Another added: “Britney out here posting Justin pics now. Omg. Is this 2002?!”

A third fan joked: “Lawd Britney is out here reminiscing about Justin. JLo and Ben are married. Carrie and Aidan are holding hands. I just need my early 2000’s ex to know he can stay right where he’s at…I’m GOOD.”

The post comes as Britney also shared a message about learning to love yourself.

The Princess of Pop commented: “She’s learning (I’m she). I wonder what attention feels like !!!

The singer later took to the picture-sharing site and shared a short video as she got a new tattoo.

After going under the needle for at least the 10th time, the Grammy-winning singer admitted that she disliked the artwork.

“Tattoo in Maui 3 days ago,” she captioned the footage, which showed her getting inked in the middle of her hotel room while vacationing in the Aloha State.

After changing into a midriff-baring yellow top with a plunging neckline, the mother-of-two stood as a man permanently etched a small black heart on her right arm.

As she looked at the camera, Britney grimaced in pain, before saying the experience was ‘very cool.’

She has at least nine other tattoos, including a triangle tattoo on her right hand, dice on her left forearm, a fairy on her lower back and lips on her right forearm.

Additionally, the singer has ‘Kabbalah Hebrew’ tattoo on the back of her neck, cross tattoo on her lower hip, a Chinese tattoo on her bikini line and more.