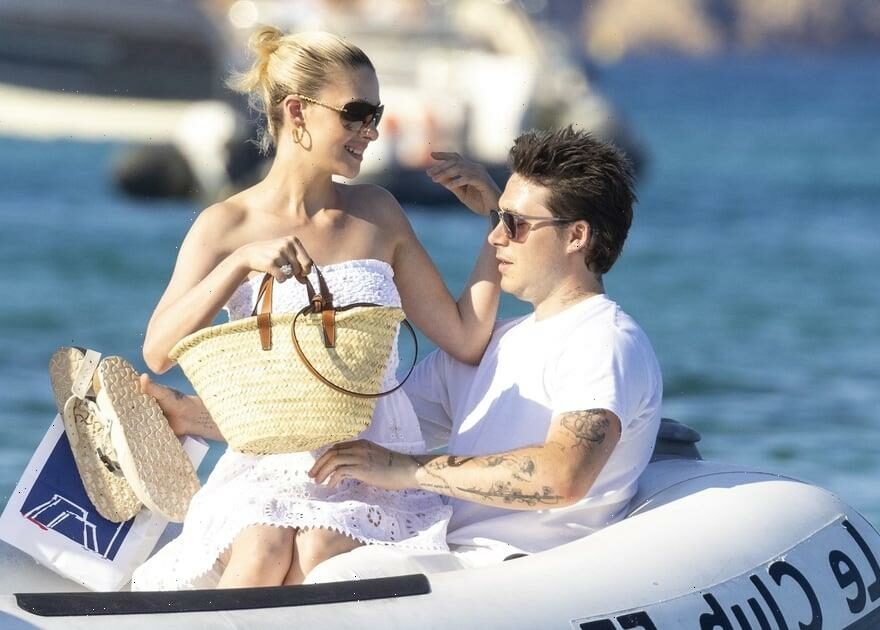 Brooklyn and Nicola Peltz Beckham are currently enjoying a honeymoon in the South of France. On July 13, the newlyweds were photographed kissing and cuddling on a boat after leaving Club 55 in Saint-Tropez in matching white outfits. The 27-year-old actor also shared a photo from their outing on her Instagram Story.

Brooklyn and Nicola tied the knot in a star-studded ceremony at Peltz’s family mansion in Palm Beach, FL, in April. Three weeks after their nuptials, the couple made their first red carpet appearance as husband and wife at the Met Gala. They later popped up at a Dior runway event in Los Angeles on May 19. In late June, the pair kicked off their honeymoon. According to Elle, Brooklyn, 23, and Nicola have been living it up on their trip, enjoying lavish meals and showing plenty of PDA, as seen in photos shared by Daily Mail.

Speaking with Tatler in June, Nicola opened up about married life, saying, “We really want to get a dream home one day but we’re so busy. I haven’t stopped for one second. I had my wedding, then I wrapped filming on a show, then I came here to New York for the Met Gala.” She added, “Honestly, we never go out. Brooklyn makes fun of me because I’ll put on three different face masks in one night. Our happy place is staying in, watching a show and being with our dogs. We’re like an old married couple.”

See photos from Nicola and Brooklyn’s honeymoon ahead.